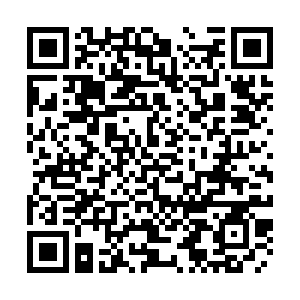 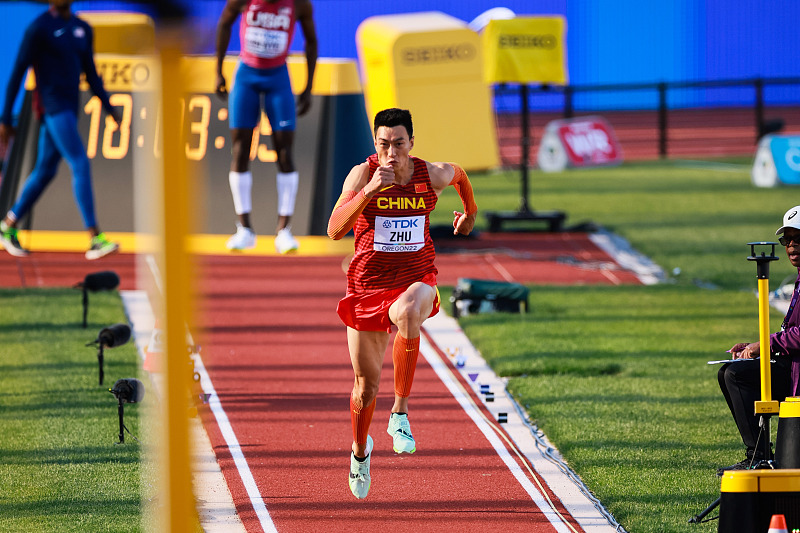 Zhu Yaming of China won the men's triple jump bronze medal after reaching 17.31 meters in the event's final at the World Athletics Championships in Eugene, Oregon, U.S., on Saturday.

Pedro Pichardo of Portugal jumped a winning distance of 17.95 meters in his first attempt to take gold, and Hugues Fabrice Zango of Burkina Faso finished second with 17.55m.

Zhu's third place finish made history for Team China, as this was the team's first medal in the triple jump event at Worlds. The 17.31m was Zhu's season's best, while he achieved his personal best (17.57m) at the Tokyo Olympic Games last year.

Zhu, 28, did not start professional training till he was 21 years old. Having trained only in amateur fashion before, he jumped 15.38m as a freshman at Shenyang Sport University in northeast China's Liaoning Province. Two years later, he joined the provincial team of Liaoning to receive more rigorous training, jumping a distance of 16.97m only ten months in.

He became a member of the national team in 2019 and continued to prove himself a talent under the guidance of Brazilian coach Nelio Moura and Chinese coach Liu Jianbo.

Zhu secured a berth in the final with his first attempt (17.08m) in the qualifying round on Thursday. He had been trying to find good form this season, registering himself in an intensive competing schedule since May, as he kicked off this season at a rather low point of 16.80m. His efforts eventually proved not in vain when he made history at Worlds.