Download
Collaboration between Greece and China
By Natalie Carney 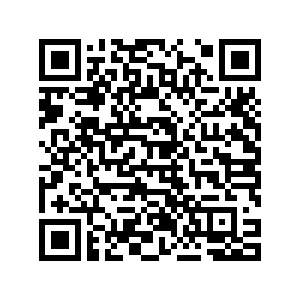 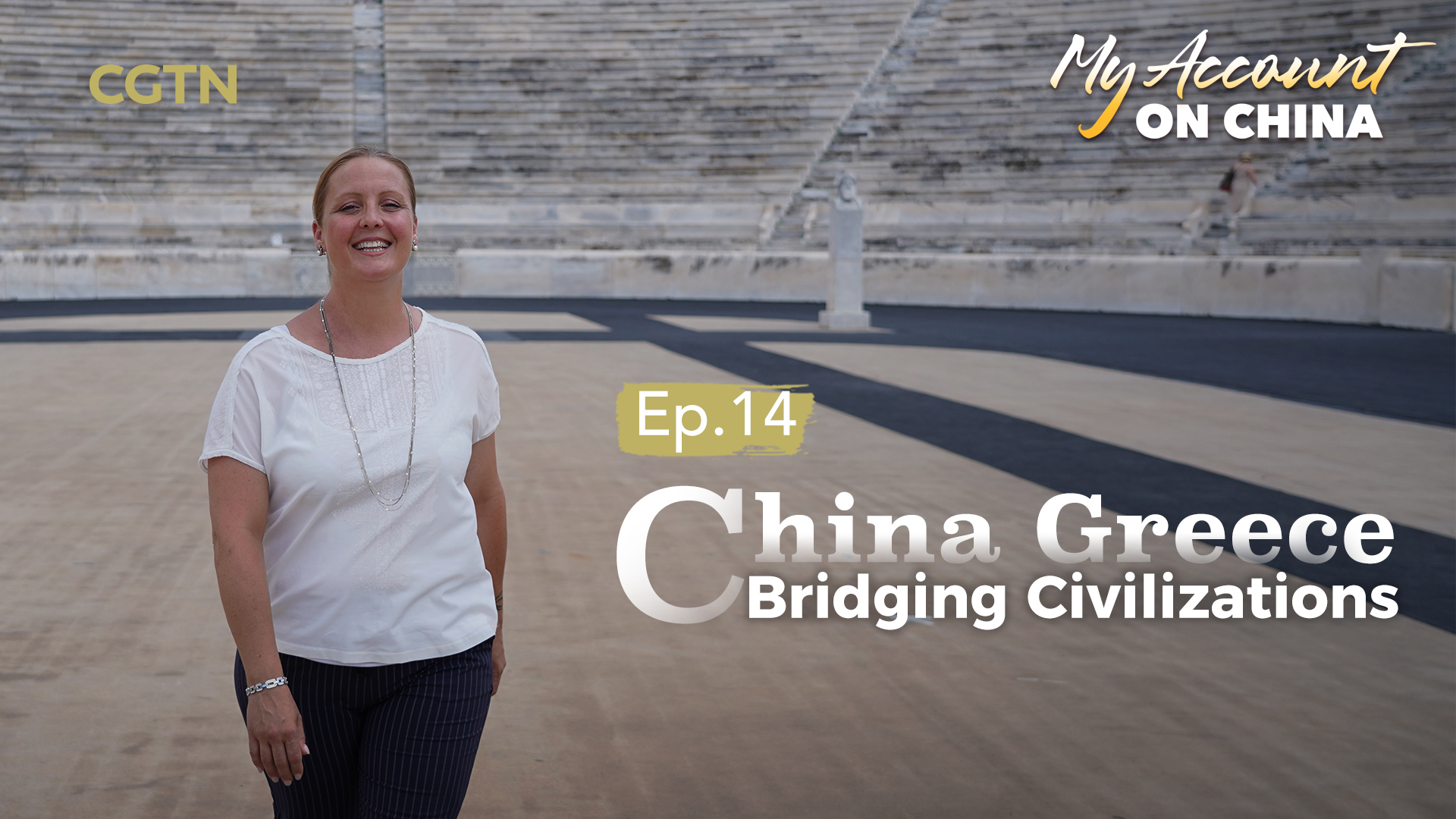 China and Greece are a unique pairing. Both ancient rich civilizations have helped them define their "natural partnership" today.

I came to Greece to explore that understanding further.

My first port of call was the Port of Piraeus, a harbor for the ancient capital of Athens, dating back more than 2,500 years.

By 2021, the Chinese state-owned company, China Ocean Shipping Company (COSCO), had acquired 67% of the port's entire operation, creating more than 10,000 jobs and transforming Greece into a transportation and logistics hub in Eurasia along the Belt and Road.

Savvios Sanozidis, the secretary of the Port's board of directors, explained it this way: "The Chinese took into account the wisdom of ancient Greeks, recognizing the geographical position of the Port." 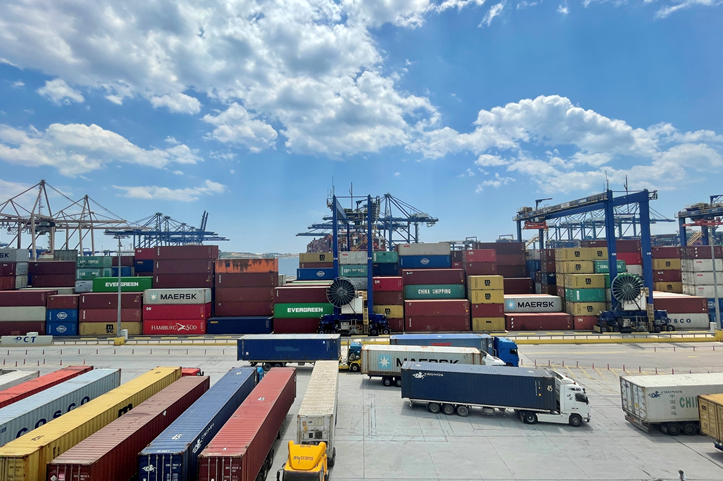 One of the three cargo terminals at the Port of Piraeus. /CGTN

One of the three cargo terminals at the Port of Piraeus. /CGTN

As the first major European port after the Suez Canal, the port is a strategic gateway to Europe, Asia and Africa.

"The Port of Piraeus has been transformed into the biggest Mediterranean port in terms of container throughput," Sanozidis tells me. "The company operation has changed from making losses to profits."

In 2019, Chinese President Xi Jinping went to see himself "the success of China-Greece cooperation" exemplified at the port.

During this visit, he spoke about the mutual benefits both countries enjoyed through combining strength and complementing each other's advantages. President Xi also met with employees such as Patricia Zigou, the deputy manager of the port's Vehicle Terminal.

"He was very warm with us," she shares with me. "We informed him about the port's development and of our daily work with the Chinese management, which is based on trust and mutual exchange. Both countries share a fundamental rich culture and history, and for sure this is something that bonds these two countries."

Sanozidis was also part of the welcoming committee.

"It was a signal to show the importance that China pays on this investment, on Piraeus Port. And also, it was a chance to show that this investment is working as a bridge of friendship between these two countries."

Goods from all over the world reshipped through this port, including new products bound for the Chinese market - great news for those in the agricultural sector.

About a three-hour drive from the port on the Peloponnese peninsula, I was introduced to olive framer Anastasis Karambotsos, the COO of Karambotsos Olive Oil Mill.

This family-run operation in the small village of Ampelófyto really highlights the benefits of bilateral agreements. One of them was signed during President Xi's 2019 visit and opened up China to different agricultural sectors, including the import of Greek olive oil.

"Yeah, there were a lot of regulations for small companies, small family businesses like ours," Karambotsos admitted, "but through the new collaborations, we have managed to expand and export our high-quality products in the market of China.”

"Things seemed to be like, this product was meant to be for the market.”

Karambotsos is now expanding their packaging facility to accommodate this greater demand, which will help create more jobs in the region, he says. 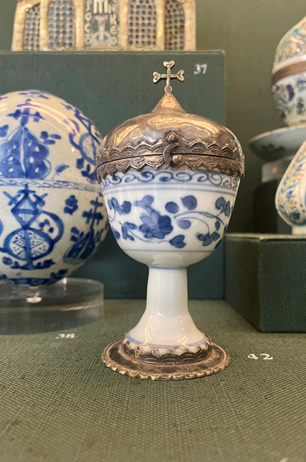 "We need more people to manage our quality systems during the next years. We will need more people as well for the packaging and the bottling. This is something that will help the area. The cultivation of the olive tree and the farming is one of the biggest sources of income for the region."

We continued our chat for a while at a small picnic table set up in his olive forest, snacking on the delicious, organic olives the trees provide.

But alas, it was time to go for an appointment with the Greek minister of investment, Mr. Adonis Georgiadis, back in Athens.

He highlighted how much of the Chinese investment came at a time of real economic hardship for Greece, proving a popular Greek saying, "you know who your real friends are during the difficult times."

"China proved a real friend to Greece," he began. "In general, logistics, transportation and ports are an area that China has a big presence in Greece. Beyond that, China has put a lot of money into our energy sector, and a lot of Chinese investments are coming to the renewable energy field, which is significant both for us and for China."

A lot of that "friendship" and support comes from knowing each other for, millennials.

My favorite stop on my journey was the Benaki Museum, a journey through Greek civilization from antiquity through to the 21st century.

Understanding this depth of culture was an important aspect of President Xi's visit too. For his last stop, he chose an in-depth tour of Athen's Acropolis Museum.

While the two civilizations were geographically worlds apart - the continuation of dialogue between them and all civilizations is essential for peaceful co-existence, said President Xi.

Finding commonalities is what makes us "human," George Manginis told me. He's the academic director of the Benaki Museum.

"We have to establish a common ground in order to be able to move forward, and this common ground has to be solid. Culture and history provide this solidity."

I learned a lot here. Influences or "sparks" between the two civilizations can be seen in a number of areas, says Manginis.

"Very often when you look at a Byzantine, roughly medieval Greek works of art," he told me, "You see a beautiful lotus scroll. Now, the lotus is not a Mediterranean motif. However, it is very Chinese and a wonderful example of how art travels beyond borders and connects cultures."

With all that has been happening in the world, it was lovely to see the two cultures with ancient civilizations not competing for greater dominance, but rather helping each other steer through the rocky waters while providing greater channels to bring more civilizations together for a more accepting and prosperous world.