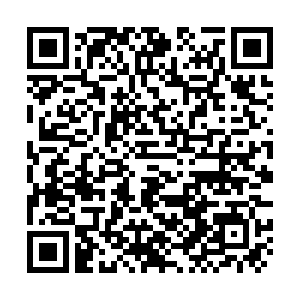 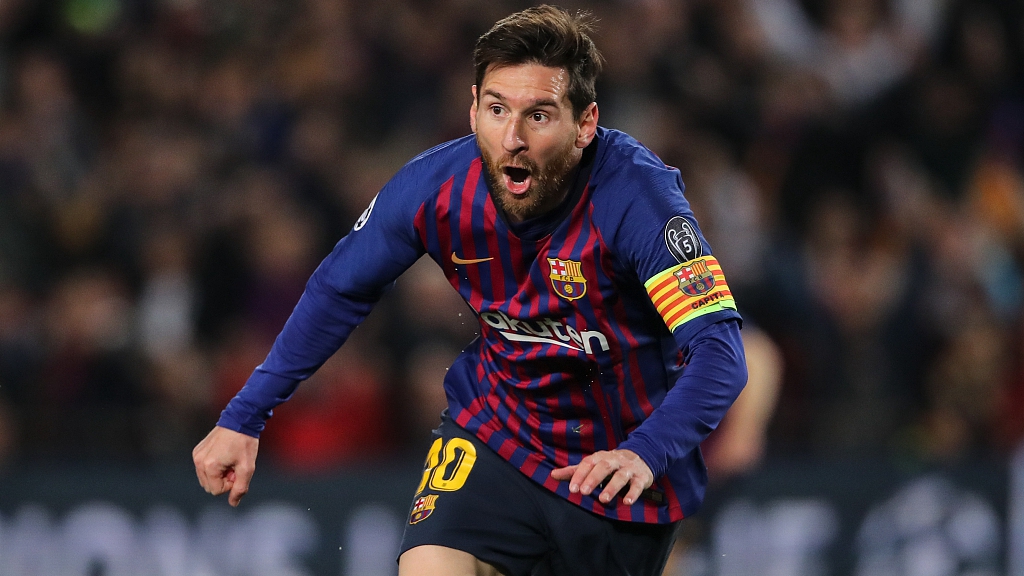 Lionel Messi has won 35 titles during his 17 seasons at Barcelona. /CFP

Lionel Messi has won 35 titles during his 17 seasons at Barcelona. /CFP

The seven-time Ballon d'Or winner left the Spanish giants for French champions Paris Saint Germain last summer when Barca failed to offer him a contract extension due to their well-documented financial problems.

During his brilliant 17 seasons at Barca, Messi has won 35 titles, including four Champions League trophies. He also holds the club's records for most goals and most appearances. 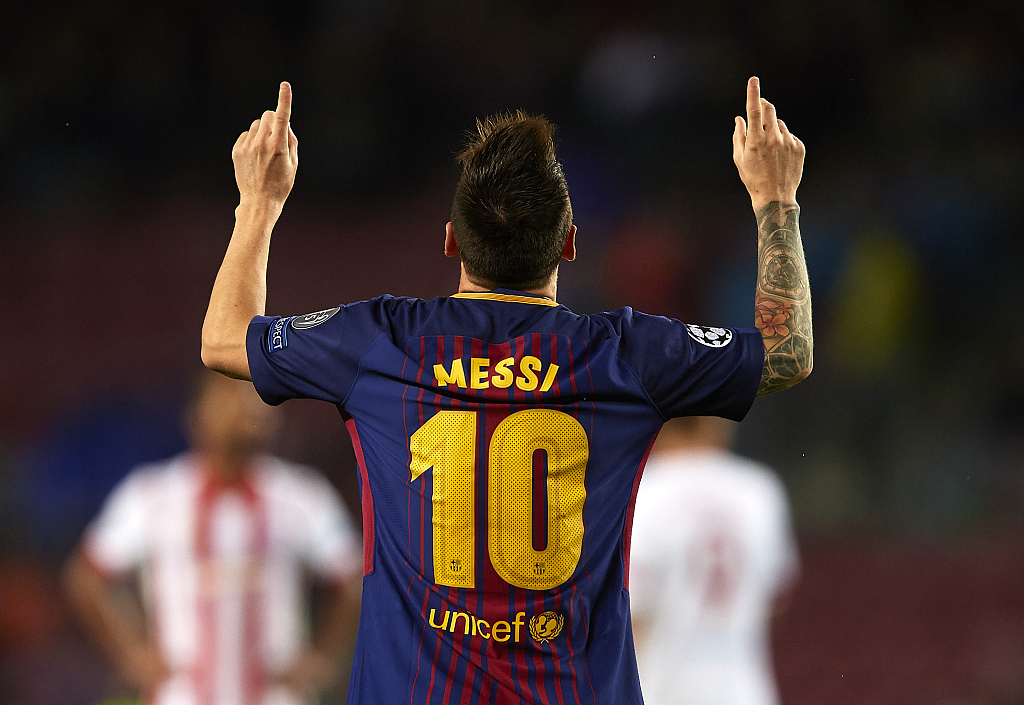 Lionel Messi holds Barcelona's club records for most goals and most appearances. /CFP

Lionel Messi holds Barcelona's club records for most goals and most appearances. /CFP

Last season, Messi admitted that he was "hurt" by his unexpected exit, having agreed to a salary reduction of 50 percent to remain at Barca. The 35-year-old did not even get a chance to say goodbye to Barca fans as he would have wanted.

However, Barcelona president Joan Laporta, who once described the decision to force Messi out as the "hardest he ever made," revealed on Sunday night that the Argentine legend's historic "chapter" at Camp Nou is not yet finished, opening doors for his return in coming years.

"Messi was everything," said Laporta. "To Barca, he's been possibly their greatest player, the most efficient. To me, he's only comparable to Johan Cruyff. But it had to happen one day. We had to make a decision as a consequence of what we inherited. The institution is in charge of players, coaches.

"I would hope that the Messi chapter isn't over. I think it's our responsibility to try to find a moment to fix that chapter, which is still open and hasn't closed, so it turns out like it should have and that it has a more beautiful ending." 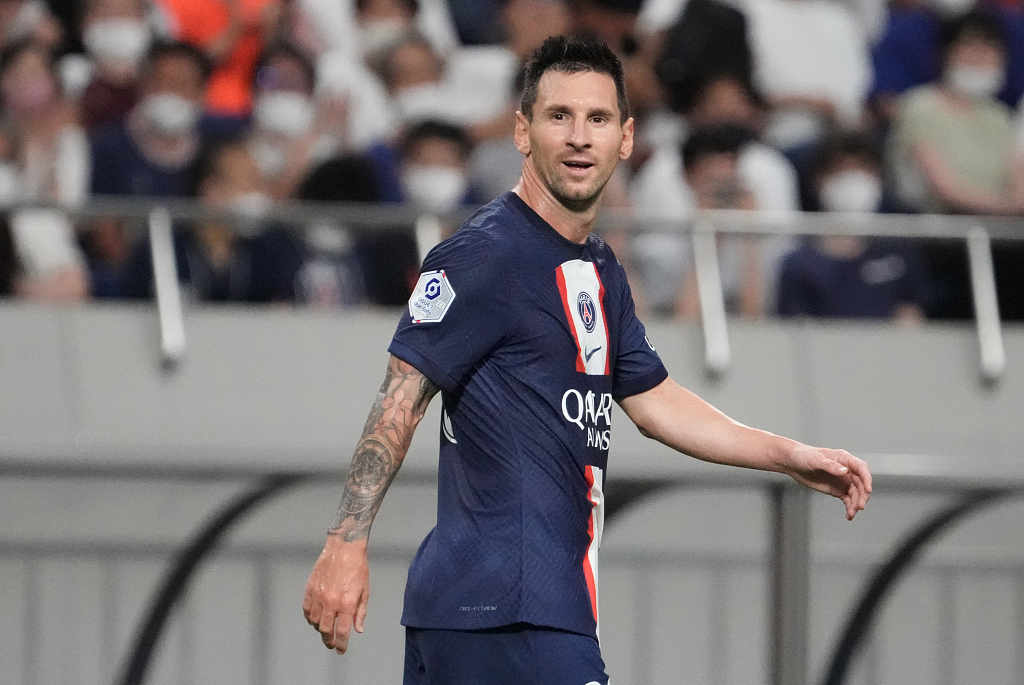 Lionel Messi still has a year left on his contract at PSG, /CFP

Lionel Messi still has a year left on his contract at PSG, /CFP

Messi, who has a year remaining on his contract at PSG, has been linked to a move to Inter Miami to see out the rest of his playing days, but Laporta insisted that Barcelona can smooth things out.

According to Spanish media outlet SPORT, Barcelona coach Xavi Hernandez has asked Laporta to re-sign Messi when he becomes a free agent next summer. It is understood that Xavi remains convinced that his former teammate can still contribute a lot at the top level despite his age. 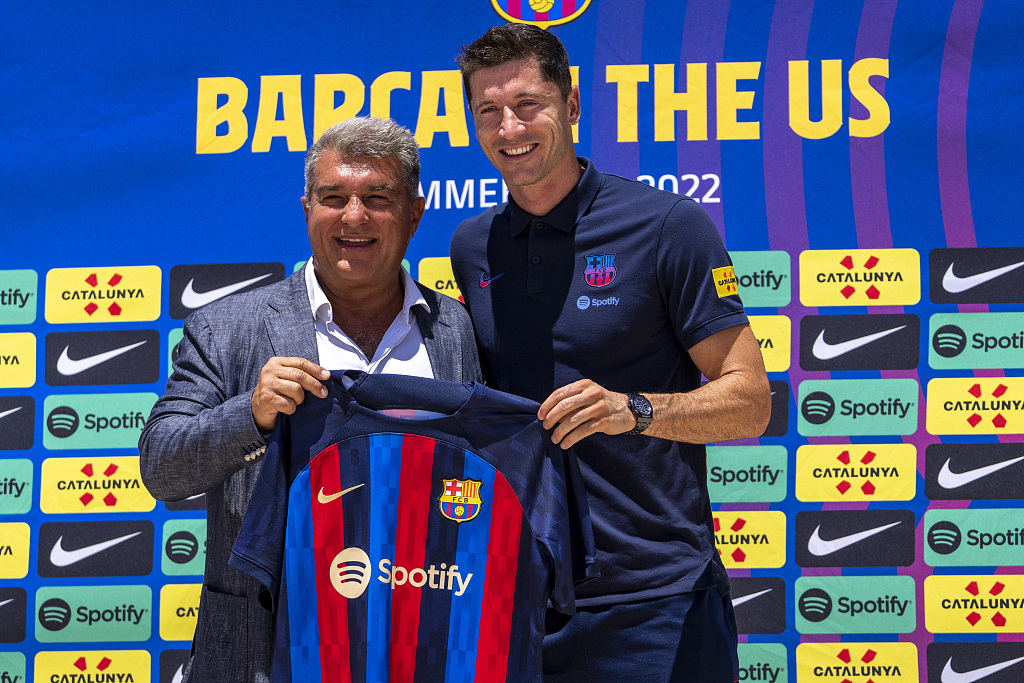 Barcelona stayed clear of financial troubles this season, having sold 10 percent of their league TV rights for the next 25 years to the U.S. investment group Sixth Street for $209 million. Last week, Barca sold an additional 15 percent to the same company, increasing Sixth Street's stake to 25 percent of the club's TV rights deals until 2047.

Barca's use of the "economic lever" has helped fund the big-money arrivals of Bayern Munich striker Robert Lewandowski and Leeds United's Brazil star Raphinha this summer.

"The club is on path to being sound; financially, the club is better with the money that's come in, " said Laporta. "What's more, it needs to be said, the club is back to being sound economically, but we have to work harder to increase our earnings, not from selling shares but not by profiting through them."