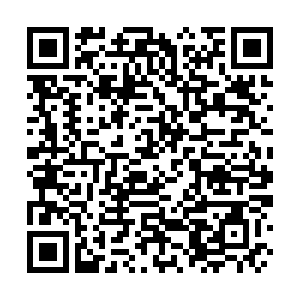 A portrait of the Indian poet Rabindranath Tagore, created by the Chinese painter Xu Beihong. /VCG

A portrait of the Indian poet Rabindranath Tagore, created by the Chinese painter Xu Beihong. /VCG

Editor's note: Nilosree Biswas is a filmmaker, author most recently of "Banaras: Of Gods, Humans And Stories." The article reflects the author's opinions and not necessarily those of CGTN.

Diminishing internationalism marks the modern-day geopolitical existence; yet there were times when culturally accepting each other's vision was not too farfetched even between countries with distinct antiquity. Once such a shining story of internationalism beams in the connection between Nobel laureate Rabindranath Tagore and Chinese intellectuals.

"Once I went to the land of China, those whom I had not met, put the mark of friendship on my forehead, calling me their own." Months before Tagore died in 1941, he had penned the above lines, a section of a longer poem depicting his growing bond with China, its people, an elixir that he defined as a "rebirth." In the latter half of the poem, the poet referred to have adopted a Chinese name and dressing, an acceptance that showed the power of internationalism by an Indian poet and his Chinese counterparts.

Tagore's curious mind blossomed earlier than contemporaries. To that there was deep influence of his philosopher, reformer father, Debendranath Tagore, founder of the Bramho Samaj (A Para Hindu Religious Order). The travels with his father across India shaped his mind of a future global traveler, a manifestation that would emerge once his career as a literati came into offing. It is also during these years when young Robi (Rabindranath's nickname) was filled with stories of China, the only foreign country that his father Debendrath had traveled to from 1887 to 1888. Later as an adult, Tagore traveled worldwide to thirty countries from Argentina to China between 1878 and 1932. While he was impressed by many cultures, China left an undeniable mark on him.

Faraway in China, Rabindranath was getting recognized as a great teacher, and philosopher even before the poet was awarded the Nobel Prize for his collection of poetry titled Gitanjali (Song Offering) in 1913.

The editor of Dong fang za zhi (The Eastern miscellany), a prime modernist journal of the era, Qian Zhixiu remarked, "Tagore is an Indian poet famous for prophecy" in his article on the Worldview of Tagore with an add-on of the poet's photograph. Seemingly this wasn't an isolated commentary from a pioneering Chinese journal. In February 1916, Da Zhonghua (The Great Chung Hwa Magazine) carried Ouyang Zhongtao's article "Introducing Tagore" with him introduced with many titles including educationist, Indian patriot and as "representative of Indian civilization." The other adjectives describing Tagore were prophet, philosopher, and preacher were no less fascinating. The journal followed this by carrying an autobiography of Tagore in Chinese over the next months.

If one were to think that these were one off commentaries only made by prime editors of China, that was not the case. By 1915, Tagore's works were widely being translated in Chinese, particularly his short stories and prose. In 1917, Women's Journal published by Commercial Press in Shanghai carried two of his short stories titled Chuti (The Holiday) and Kabuliwala (Fruit Seller from Kabul). Interestingly, the editorial choice of these stories indicated the insight of Chinese magazines and the willingness of the local readership to know about another ancient civilization whose representative was Tagore. The stories resonated Tagore's inclusiveness and affinity to internationalism like Kabuliwala, which was the story of an Afghan fruit seller with a deep message of a parent-child relationship across cultures.

However, the real watershed moment of knowing Tagore and striking a chord came when Tagore's "Mind Without Fear" and three other poems from Gitanjali (Song Offering) were translated by Chen Duxiu, a professor of Chinese Literature at the Peking University, a founding member of the Communist Party of China, and the chief editor of the leftist journal Qing nian za zhi (Youth magazine). The translated poems were published in its very first volume. Fascinatingly, Chen adapted Tagore's informal blank verse, in a masterful manner, a distinct shift from the rigidity of classical Chinese poetry, which till then was the prime poetry format for the country. He wrote, "Tagore is a modern poet of India. He advocated carrying forward Eastern spiritual culture." This was more than an acknowledgement from someone who would soon be instrumental to China's political history. The sensitivity of many of these Chinese translations reflect China's own awakening and realization that socio-political changes are connected to literary transitions and acceptance of what is "foreign."

Around 1921, also the founding year of the Communist Party of China, there was a noticeable rise in translation of Tagore's works. A kind of "Tagore Fever" had gripped Chinese elites. By then, Tagore had become the most widely translated literati from outside China, more read than his Western contemporaries. 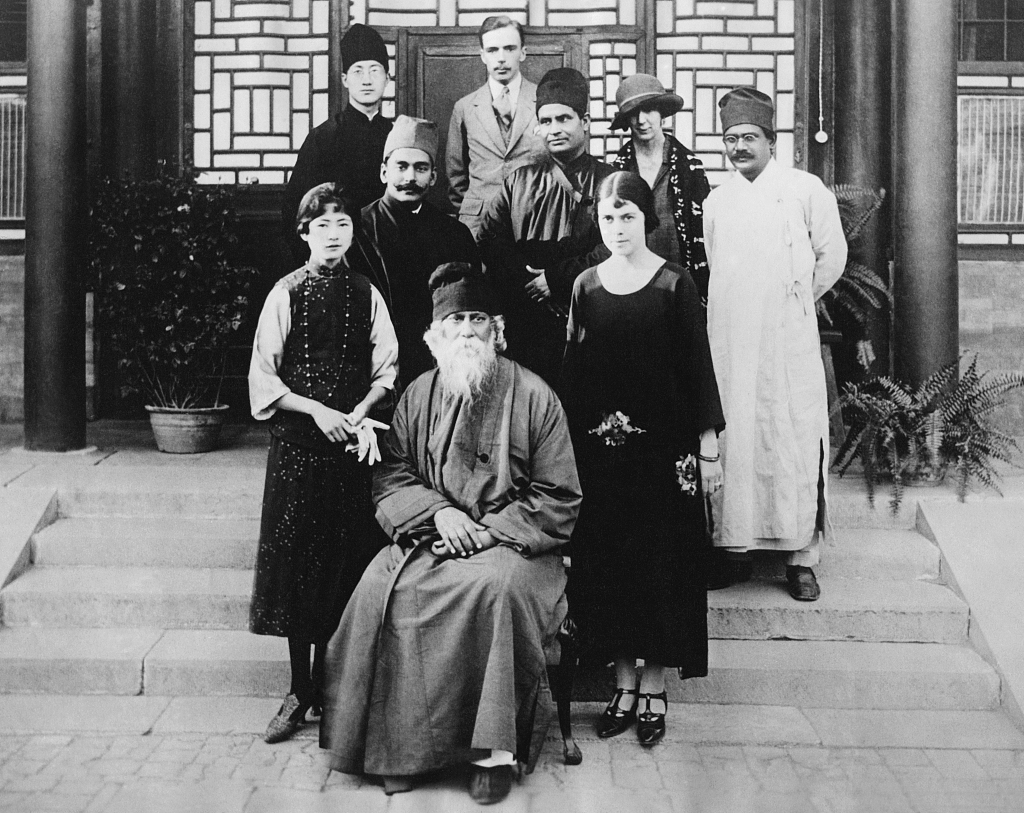 The Indian poet Rabindranath Tagore with a group of the Chinese Lecture Association, in Beijing, China, June 24, 1924. /VCG

The Indian poet Rabindranath Tagore with a group of the Chinese Lecture Association, in Beijing, China, June 24, 1924. /VCG

For Rabindranath too, it was a dream fulfilled, all those teenage stories of China would become a reality. He reached China in 1924, followed by multiple lectures and cultural events through nearly two months. Much happened during these weeks, Tagore even celebrated his 64th birthday in Beijing, where the main event was the performance of Tagore's play Chitra in English organized by "Crescent Moon Society" led by the talented Chinese poet Xu Zhimo. After a fulfilling itinerary, Tagore returned to Kolkata in India energized with the idea of a culture-based friendship and its biggest manifestation was the foundation of China Bhavan, a center of Chinese Studies.

In the two trips that Tagore made to China in 1924 and 1928, he received warmest welcomes, and his literary works and philosophy created an unprecedented impact. China remained embedded in Tagore, an emotion he defined as "returning to my native place", which is metaphoric of a "rebirth."