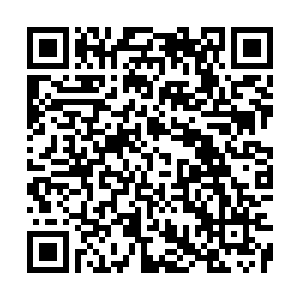 Chinese President Xi Jinping and his Indonesian counterpart Joko Widodo held talks on Tuesday in Beijing and had an in-depth exchange of views on bilateral relations and a wide range of international and regional issues of shared interest, and reached important consensus, according to a statement released by the Chinese Foreign Ministry.

During the talks, the two presidents agreed that the China-Indonesia Comprehensive Strategic Partnership had maintained a strong momentum of development since 2013. Especially in recent years, facing unprecedented global changes and the COVID-19 pandemic, the two countries have forged a new synergy through the four-pillar cooperation covering politics, economy, people-to-people exchanges and maritime projects, so as to promote the spirit of solidarity in fighting against the pandemic, seek common development and showcase the partnership between two major developing countries.

The two presidents spoke highly of the achievements by the two countries in fighting against the COVID-19 pandemic and securing economic rejuvenation and development. For Widodo's part, he congratulated China in advance on a complete success of the upcoming 20th National Congress of the Communist Party of China, which would guide China's march toward achieving its second centenary goal of building a great modern socialist country in all aspects. Xi also congratulated Indonesia in advance on realizing its goal of becoming a developed country upon the founding centenary of Indonesia in 2045.

The two presidents believed that China-Indonesia relations have great strategic significance and far-reaching global influence and agreed to strive for a general direction of building the China-Indonesia community with a shared future, and commit to forging an exemplary model of major developing countries seeking mutual benefit, win-win results, common development and South-South cooperation.

China and Indonesia will conduct in-depth and high-quality cooperation through the synergy of the Belt and Road Initiative (BRI) and Global Maritime Fulcrum (GMF) and will speed up the formulation of a new Five-Year Action Plan for the Implementation of the Comprehensive Strategic Partnership between China and Indonesia (2022-2026), according to the statement.

Both sides will expand cooperation in development-oriented financing, strengthen cooperation in agriculture, health, poverty alleviation and food security, accelerate the resumption of people-to-people exchanges, strengthen communication between the agencies in charge of maritime affairs and continue to strengthen multilateralism, the statement said.

When talking about the coming G20 Summit to be held in Bali, Indonesia, Xi said China strongly supports Indonesia's G20 Presidency and looks forward to a successful G20 Leaders' Summit. Widodo extended an invitation to President Xi to attend the G20 Summit. President Xi expressed his thanks and wished the Summit a complete success.