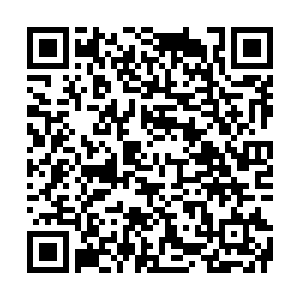 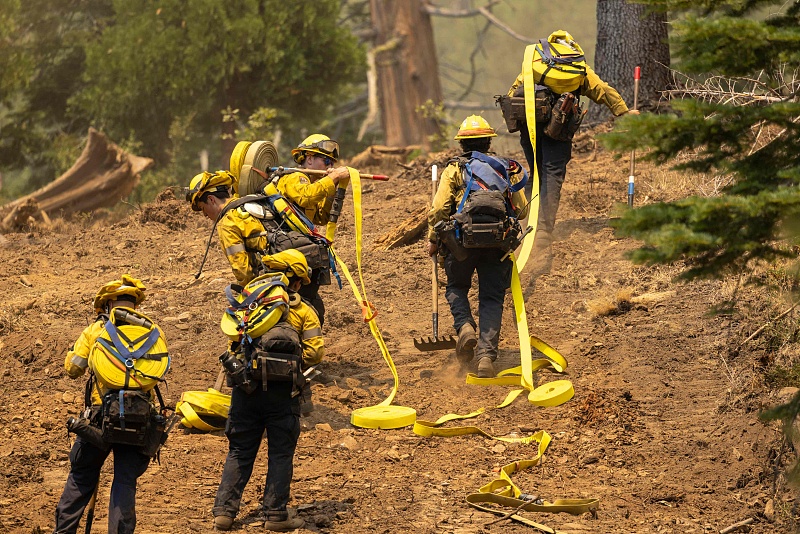 Firefighters lay hoses as they follow bulldozers cutting a fire line atop a hill during the Oak Fire near Mariposa, California, July 25, 2022. /CFP

Firefighters lay hoses as they follow bulldozers cutting a fire line atop a hill during the Oak Fire near Mariposa, California, July 25, 2022. /CFP

Firefighters on Monday finally started to control California's largest wildfire so far this year, halting its eastward expansion toward nearby Yosemite National Park while thousands of people remained under evacuation orders.

The Oak Fire had expanded rapidly after it began on Friday, overwhelming the initial deployment of firefighters, as extremely hot and dry weather fueled its galloping pace through dry forest and underbrush.

But Monday was "a successful day for aircraft and firefighters" as helicopters dropped 300,000 gallons (1.4 million liters) of water on the fire, the California Department of Forestry and Fire Protection (Cal Fire) said in a Monday night update.

The fire grew to 17,241 acres (6,977 hectares) by Monday night, about a three percent increase from Monday morning, Cal Fire said, more than half the size of San Francisco.

The report contrasted with comments on Sunday from several Cal Fire officials who said the fire initially behaved unlike any other they had seen and defied their best efforts at containment, with burning embers sparking smaller fires up to two miles in front of the main conflagration.

The absence of other major fires in the region enabled Cal Fire to concentrate 2,500 firefighters on the blaze, and the lack of wind allowed for the continuous use of aircraft to drop water and fire retardant, officials said.

"It was a perfect storm of a good kind," said Hector Vasquez, a Cal Fire spokesperson, at the command post in Mariposa, California, about 150 miles inland from San Francisco.

The northward direction of the fire was taking it into the Sierra National Forest but no longer in the direction of Yosemite, some 10 miles away. A grove of Yosemite's giant, ancient sequoia trees did come under threat from another wildfire weeks ago.

Temperatures in the area soared to 36 degrees Celsius while scant chances for thunderstorms faded.

More than two decades of drought and rising temperatures have conspired to make California more vulnerable than ever to wildfires, with the two most devastating years on record coming in 2020 and 2021, when more than 6.8 million acres burned, an area greater than the size of Rwanda.