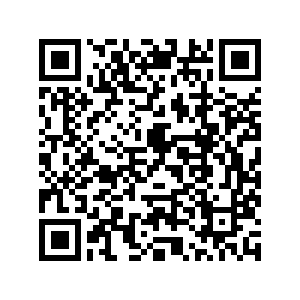 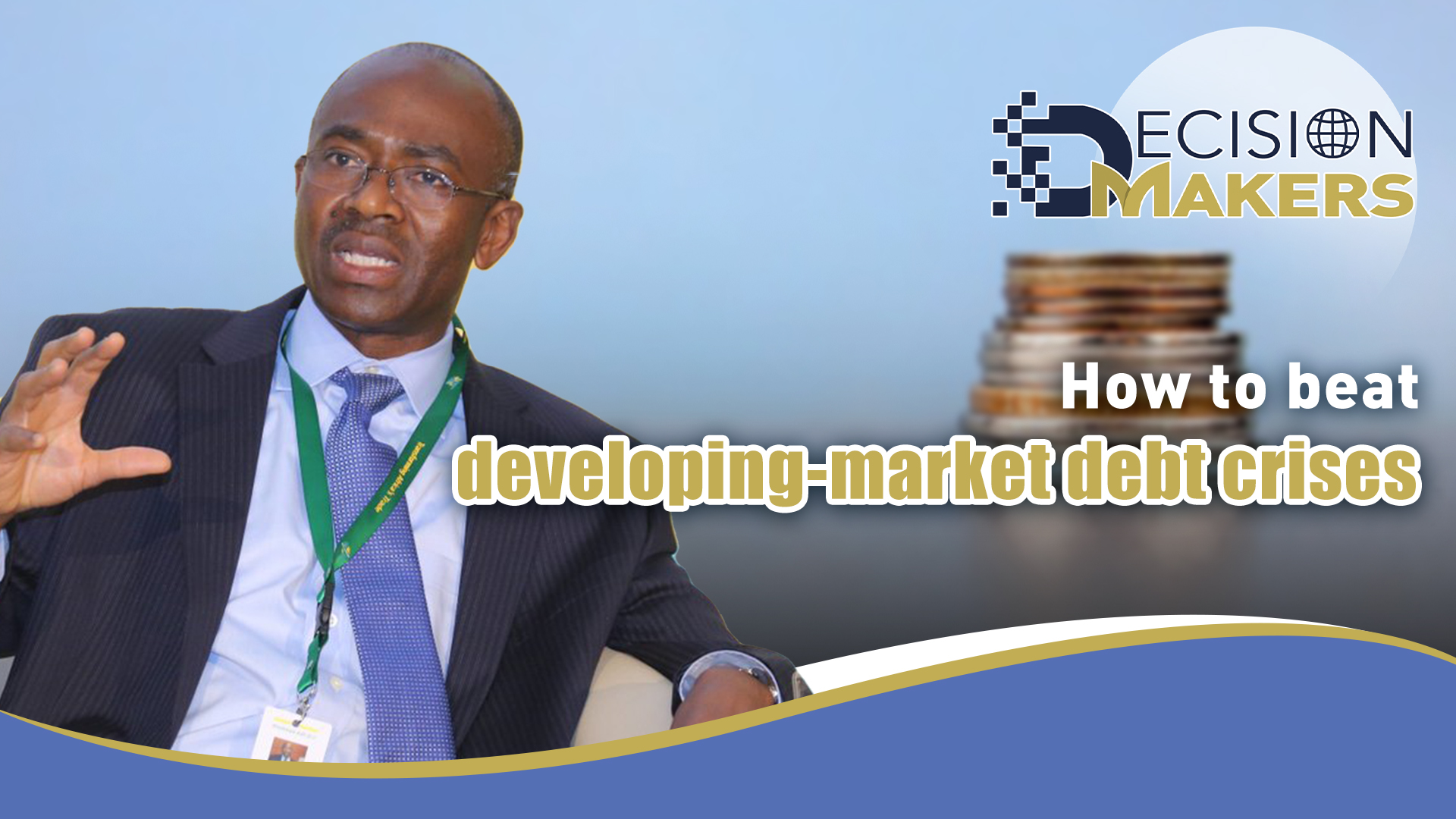 Editor's note: Decision Makers is a global platform for decision makers to share their insights on events shaping today's world. Hippolyte Fofack is chief economist and director of research at the African Export-Import Bank (Afreximbank). The article reflects the author's opinions and not necessarily the views of CGTN.

Since the Latin American debt crisis of the 1980s, sovereign-debt crises have become a regular occurrence for emerging and developing economies. Today, Sri Lanka needs a bailout from the International Monetary Fund after defaulting on its foreign debt in May, and a growing number of low-income countries are facing similar challenges. The World Bank estimates that around 60 percent of all emerging and developing economies have become high-risk debtors. As many as a dozen might default over the next 12 months.

Unlike the advanced economies, where sharp increases in government debt following the emergence of COVID-19 encouraged a speedy return to trend growth, developing economies have been constrained by a shortage of vaccines and a lack of monetary and fiscal space. Unable to deficit-finance their way out of the synchronized global downturn, these countries now must contend with the economic fallout from the Ukraine crisis, which all but eliminates a near-term return to pre-pandemic growth rates.

With few exceptions – Sri Lanka and Zambia, for example – most developing economies are not heavily indebted. Collectively, their average debt-to-GDP ratio has increased by just seven percentage points (to 65 percent) since the start of the pandemic, much lower than the 20 percentage points increase in advanced economies where the combined sovereign debt now averages 122 percent of GDP. The flow of funds that developing economies receive from global bond markets and banks has remained dismally low. According to the most recent estimates from the Institute of International Finance, their combined sovereign liabilities represent less than 30 percent of global public debt.

Worse, following post-pandemic credit downgrades, many low-income countries cannot access international capital markets and now face acute liquidity constraints that could morph into solvency crises. And because these countries' sub-investment-grade credit ratings have raised their borrowing costs, the fiscal impact of their sovereign liabilities has increased, and their governments' reduced ability to roll them over as they fall due has raised the specter of a developing-country debt crisis.

Ghana, for example, planned to issue a bond to refinance its foreign currency-denominated debt earlier this year. But with a wave of ratings downgrades driving up international bond yields, Ghana has effectively been shut out of international financial markets, and its ten-year sovereign bond yield has risen above 22 percent. After resorting to painful internal adjustments (tax increases and cuts to discretionary spending) during the pandemic, Ghana is now contending with soaring food prices, and its government is seeking IMF assistance.

Two other factors are combining to increase the risk of a liquidity crisis in developing markets: the currency of lending and the shift toward variable interest rates in a context of increasingly complex lending structures and growing reliance on international capital markets. Between 2000 and 2020, the number of low-income countries with variable-rate external debt rose sharply from 13 to 31. And now that systemically important central banks are normalizing monetary policies to fight inflation, these countries will incur significantly higher costs when servicing their external debts.

While reliance on foreign currency-denominated debt can reduce the risk of runaway inflation, it can also increase the risk of sovereign default, especially when a sharp exchange-rate depreciation suddenly raises the costs of servicing external debts. This is especially the case during episodes of heightened global volatility and tightening financing conditions, which are often associated with large-scale capital outflows from emerging and developing economies. 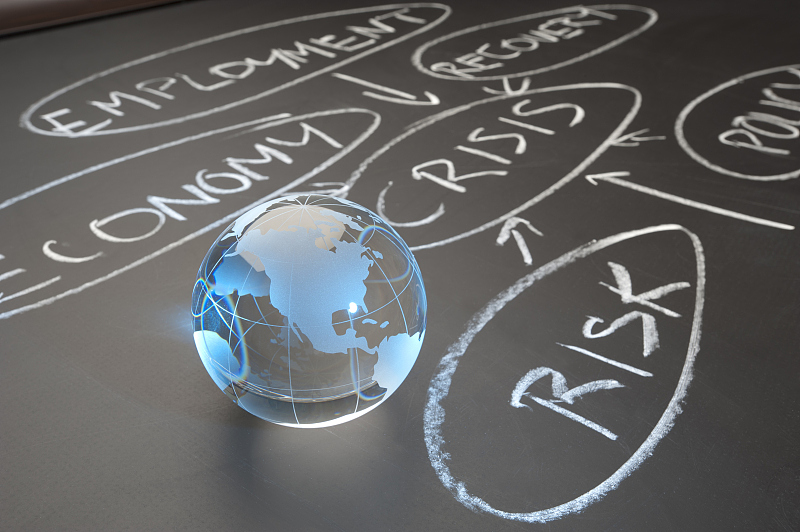 Historically, sovereign defaults have been driven by markets' unwillingness to roll over existing debt or to do so only at prohibitively high interest rates. Across emerging and developing economies, over-inflated risk premiums, driven by distorted perceptions, have amplified the fiscal impact of sovereign debt and been a major driver of liquidity crises and default risk.

Advanced economies with the "exorbitant privilege" to issue reserve currencies usually do not face such risks. Because their currencies are regarded as safe havens, they can sustainably attract foreign investment in government treasuries and bonds, continuously roll over their debts at low costs, and run deficits without tears.

Consider the European Central Bank, which recently adopted exceptional measures to reassure investors and stem bond-market volatility in response to renewed concerns about "fragmentation risks" within the eurozone. Under the "anti-fragmentation instrument" it adopted in March, the ECB now "reserves the right to deviate in the future from credit rating agencies' ratings if warranted, in line with its discretion under the monetary policy framework." The short-term impact of this move has been remarkable, with yields on the bonds of weaker eurozone members falling sharply immediately thereafter.

But systemically important central banks should be no less concerned about the disproportionately large spreads between advanced and developing economies – what we might call "global fragmentation risk." The tightening of financing conditions by the U.S. Federal Reserve and other major central banks has exacerbated developing economies' macroeconomic-management challenges by heightening exchange-rate volatility, increasing liquidity risks, and widening spreads.

In the past, systemically important central banks have successfully extended some of the benefits conferred by their exorbitant privilege to other countries. At the height of the pandemic downturn, for example, the Fed reinforced its currency-swap arrangements (first introduced during the 2008 financial crisis) and broadened the geographical coverage of its support to include a few emerging economies. That move led to currency appreciation, improved credit-default-swap spreads, and lower long-term interest rates in beneficiary countries. And, beyond alleviating liquidity risks, the extension of dollar-denominated swap lines reassured investors, thus stemming capital outflows and enhancing those countries' ability to roll over their debts.

Even though low-income countries do not pose a systemic risk to the international financial system, a concerted effort to mitigate liquidity risks should be a high global priority, not least because debt restructuring has huge costs. According to the World Bank, it leads to lower output growth in the short term. For countries that lack the protection of systemically important central banks, default-driven borrowing rates undermine macroeconomic stability and reduce the supply of patient capital over the medium and long term, without which developing economies cannot undergo the transformation needed to break the negative correlation between growth and commodity-price cycles.

In the long term, the most sustainable solution to recurrent liquidity crises is to develop deep, efficient, well-regulated domestic capital markets in emerging and developing economies. Under an integrated financial-market framework, a vibrant repo market will enhance the money- and bond-market nexus, enabling liquid capital markets to emerge. Taken together, these highly integrated markets will help build proper yield curves to improve investment decisions.

The world already has effective, well-tested tools to prevent recurring liquidity crises, which is a prerequisite for building these integrated markets. Democratizing the global financial system to maximize its positive impact on development is perhaps the most important challenge on the road to international debt sustainability.