Download
Pelosi is tottering on the road to Taiwan
First Voice 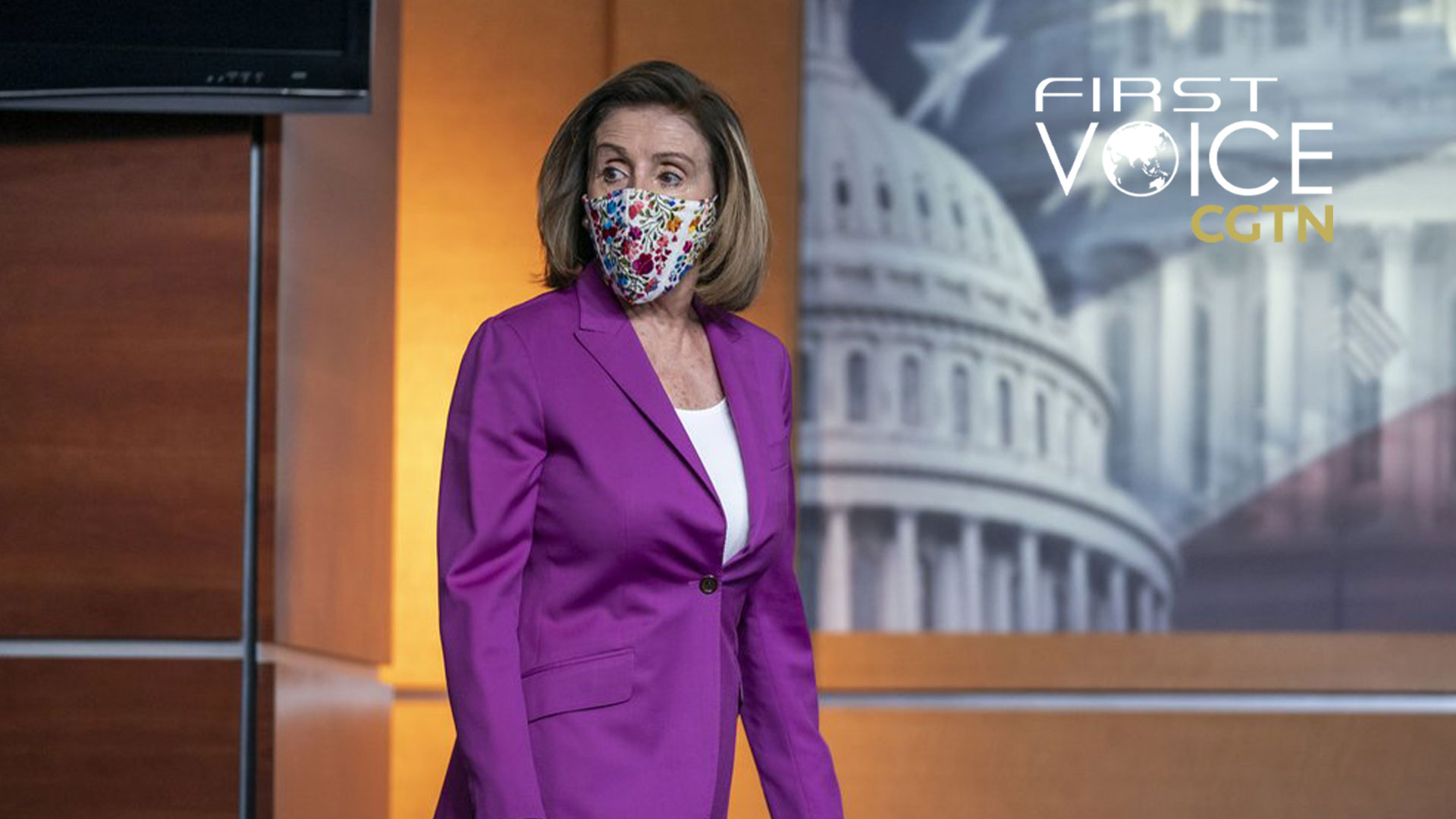 During the partial government shutdown in 2019, then U.S. President Donald Trump denied Speaker Pelosi a military plane for her trip to Afghanistan. The two American leaders were engaging in an intensive political battle against each other, and the plane was a tit-for-tat response to Pelosi forcing Trump to reschedule his State of the Union address.

With Democrats in the White House, it's hard to imagine the similar actions taking place again. Yet it did. After the Financial Times reported that Pelosi had plans to visit China's Taiwan region, U.S. President Joe Biden came out with a clear message: "The military thinks it's not a good idea right now." It might look like Biden is conveying the military's concerns. But in truth, it's as personal the objection to the trip as Biden can express.

Pelosi is Biden's crucial ally in Congress and one of the most powerful politicians in the country. And Biden also hopes to exploit the Taiwan question in his dealings with China. A public presidential objection would risk ripping apart the veneer of unity between the American leadership. In the following reporting by FT, it became clear that the U.S. National Security Advisor Jake Sullivan and "other senior National Security Council officials" also opposed Pelosi's trip, "because of the risk of escalating tension across the Taiwan Straits."

With the Democrats in the White House opposing it, those supporting her trip now includes, surprisingly yet again, conservative Republicans and former Trump cabinet officials – the very people that made the anti-China sentiments a core piece of their foreign relations agenda, the people who have facilitated the deterioration of China-U.S. relations and the people among whom some are hoping to ride the anti-China wave in the 2022 and 2024 election cycle.

A screenshot of the former Secretary of State Mike Pompeo expressing support for Pelosi's trip to Taiwan.

A screenshot of the former Secretary of State Mike Pompeo expressing support for Pelosi's trip to Taiwan.

Under pressure by powerful leaders of her own party and band-wagoned by her political enemies, Pelosi's unconfirmed trip to Taiwan is looking more and more wobbly. China has made it clear that Pelosi going to Taiwan is unacceptable. At his regular press conference on July 25, Chinese Foreign Ministry Spokesperson Zhao Lijian said China is "fully prepared for any eventuality" and that Beijing "will take firm and strong measures" to safeguard sovereignty and territorial integrity. South China Morning Post published an Editorial stating that Pelosi's trip "not only is it wrong but also such a provocation could bring disastrous consequences to this part of the world."

It's an understatement. Such a provocation would be disastrous for our world. Americans like to say that China blurs the line between the Executive Branch and Legislative Branch and doesn't make distinctions between legislators' actions and the Presidents'. There's no doubt that the line is blurred. Pelosi, as the second-in-line to the presidency and of the same party of the White House, her actions represent an official change in U.S.' policy towards China. And that would put the two countries on a direct path towards confrontation. And no one can live through a China-U.S. conflict unscathed.

Is Pelosi irrational enough to risk the whole world for her own political show? Well, she hasn't confirmed the trip and denied that Congress was pushing for "Taiwan independence." But neither confirming nor denying the trip, Pelosi is sending dangerously mixed signals to China and countries in the region and increasing the probability of miscalculations. Her tottering is doing nothing but increasing tensions in the Taiwan Straits.

It's time to stop it and stop her.

(If you want to contribute and have specific expertise, please contact us at opinions@cgtn.com. Follow @thouse_opinions on Twitter to discover the latest commentaries in the CGTN Opinion Section.