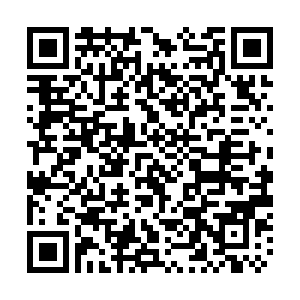 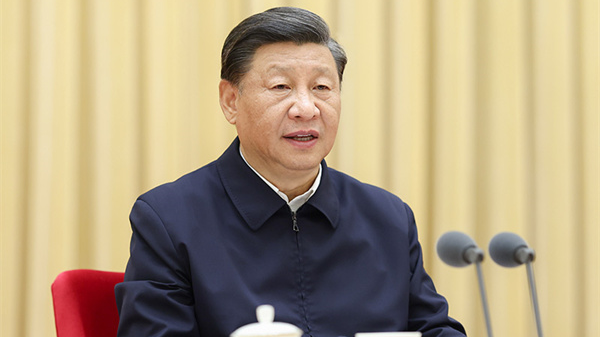 President Xi Jinping, also general secretary of the Communist Party of China Central Committee and chairman of the Central Military Commission, delivers an important speech at the opening ceremony of a study session of provincial and ministerial-level officials in Beijing, China, July 26, 2022. /Xinhua

President Xi Jinping, also general secretary of the Communist Party of China Central Committee and chairman of the Central Military Commission, delivers an important speech at the opening ceremony of a study session of provincial and ministerial-level officials in Beijing, China, July 26, 2022. /Xinhua

Editor's note: Gao Lei is an associate professor and research fellow at the Collaboration Center for Theories and Practice of Open Economy, Center for Xi Jinping Thought on Opening-up, Research Institute of Globalization and China's Modernization, University of International Business and Economics. Xia Lu is an associate professor at the School of Marxism Studies and research fellow at the National Academy of Development and Strategies, Renmin University of China. The article reflects the authors' opinions and not necessarily the views of CGTN.

From July 26 to 27, Chinese President Xi Jinping, also the general secretary of the Central Committee of the Communist Party of China (CPC) and chairman of the Central Military Commission, delivered a keynote speech at a study session of provincial and ministerial-level officials. According to Xinhua news agency, the study session was specially designed and convened for the purpose of studying President Xi's important speeches and readying the 20th CPC National Congress this autumn.

The keynote speech has made its significance by reviewing the past, analyzing the present, and planning for the future.

From the near to the distant, the achievements done in the past extremely extraordinary five years and the accomplishments gained in the past decade were mentioned and listed, ranging from strengthening the Party's overall leadership, promoting the whole-process people's democracy, and safeguarding the country's dignity and core interest to advancing high-quality development, improving people's livelihood, and eliminating absolute poverty.

The speech also officially designated the 18th National Congress of CPC in 2012 as the starting point of socialism with Chinese characteristics for a new era, while emphasizing that the underlying code for all the above-mentioned accomplishments until now is to ensure full and strict governance over the Party.

Historic as they are, those achievements do not necessarily ease the seriousness of the present situation. As per the international stage, the speech argues that the ongoing profound changes in the world unseen in a century are now accelerating and that those are changes in our world, our time, and our human history, making us encircled by a series of crises that could hardly be separately handled by a single country.

To name a few, a painful energy crisis in prospect is a specter haunting Europe while food and water crises remain a common plague besetting the African continent, not to mention that the still ongoing COVID-19 pandemic and worsening monkeypox outbreak are endangering public health. Moreover, the rich are rampantly accumulating their wealth while the poor are struggling in the bottomless abyss.

In terms of the domestic scenario, the speech highlights new strategic opportunities, tasks, phases, requirements, and circumstances that are bringing more complicated challenges and risks to China, including but not limited to political, economic, ideological, natural and other aspects. One of these challenges would be how to balance development and safety, which is also one of the strategic pillars of the 14th Five-Year Plan and stressed again by the politburo meeting immediately after the session. 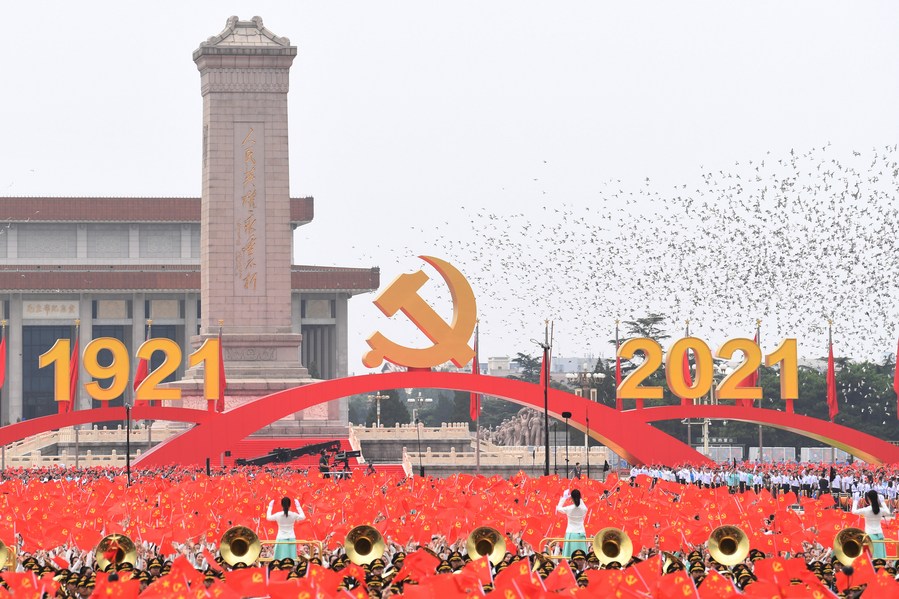 The deeper and broader China's reforms go, the more uncharted water there will be. Preparedness ensures success, and unpreparedness spells failure. That's why every five years, the CPC National Congress proposes strategic outlines and policy portfolios, and that's why the 20th CPC National Congress later this year takes even greater significance, being the first of its category right after the Party celebrated its 100th anniversary and in the new journey of comprehensively building a modern socialist country.

According to the speech, the congress shall map out a scheme of fundamental policies for the next five years or even longer period, concerning pushing forward the great cause, the future destiny of socialism with Chinese characteristics, and the rejuvenation of the Chinese nation.

To prepare for the upcoming arduous undertaking, the central leadership will be equipped with both theoretical and practical outfits. On the one hand, the great cause of socialism with Chinese characteristics shall be guided by Marxist theory. This is not to say sticking to each and every sentence written down by Karl Marx and Friedrich Engels or other writers in the Marxist school; rather, it focuses more on issues like how the principles should especially be related to China's present situation, hence the need to sinicize Marxism and to keep it up to date.

And the result of the process is the promotion and expansion of Chinese-style modernization, rather than merely following other countries' paths. Throughout history, no country has attained its success by simply copying others; each and everyone takes its own path. But on the other hand, the great cause shall always need a solid basis and strong, effective, clean, and responsive leadership. The former is to be consolidated by the implementation of the Party's "mass line," a methodology of the CPC that requires its members to stay close to the people, while the latter by the Party's strict self-governance.