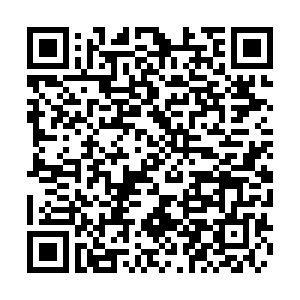 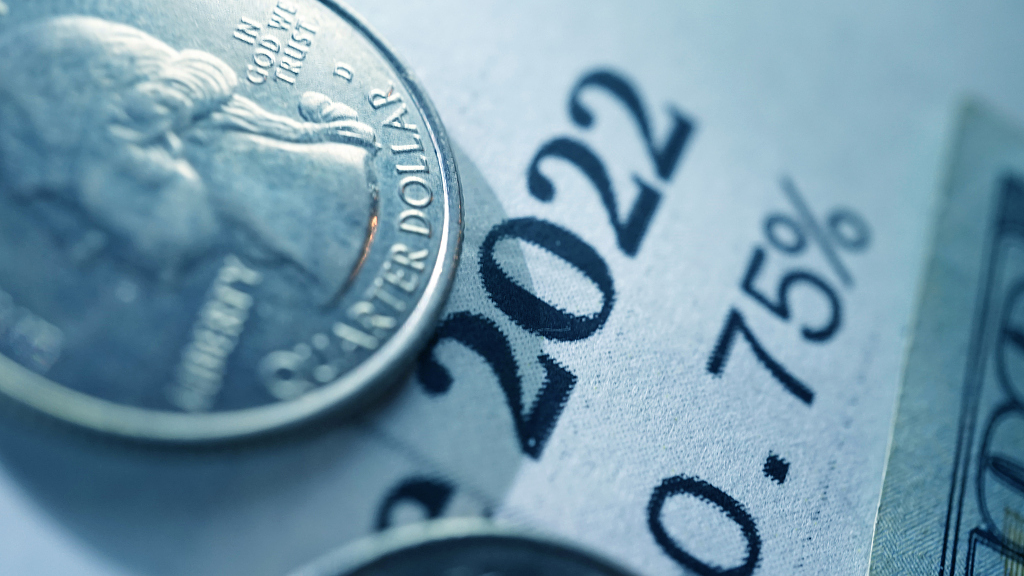 The U.S. Federal Reserve has made the fourth rate hike in 2022 after the regular Federal Open Market Committee meeting on July 27. /CFP

The U.S. Federal Reserve has made the fourth rate hike in 2022 after the regular Federal Open Market Committee meeting on July 27. /CFP

Editor's note: He Weiwen is a senior fellow at the Center for China and Globalization. The views expressed in the article are the author's personal views and does not necessarily represent that of CGTN.

The fourth interest rate hike in 2022 by the U.S. after the regular Federal Open Market Committee meeting on July 27 – by 75 basis points (bps) – will undoubtedly pour new oil on the "fire" of a growing world-debt crisis.

The worst inflation in 40 years still seems to be rising unabated. After a frenzied Federal Reserve (Fed) hike of 75 bps last month, the U.S. labor department announced that June consumer price index hit a new high of 9.1 percent, compared to 8.6 percent in May. That is leaving the Fed no other choice but to continue "Volcker 2.0"-styled drastic rate hikes: not only at its July meeting, but also at its upcoming September, November and December meetings. It also left the world no choice but to struggle with "the Fed crunch". The largest risk looming is a worldwide sovereign debt crisis, with Sri Lanka being only the tip of the iceberg.

The Fed rate hikes have led to a sharp rise in the U.S. dollar. Over the past five months, the dollar rose by 10.3 percent over the euro, breaking parity with the dollar for the first time since 2000. It also rose to 136 yen while the pound fell to only $1.20 last Friday. However, a large number of emerging and developing economies are suffering the most. The Wall Street Journal has estimated that the dollar has risen by over 10 percent in relation to most developing economies currencies. Vietnam has earmarked $130 billion from its exchange reserve to defend its currency. Chile has used $25 billion to defend its peso. Turkey, India, Indonesia, and Thailand have announced various measures to defend their currencies.

The strong dollar has caused a massive capital outflow from emerging markets. J.P. Morgan estimated that by July 10, $52 billion of capital had flown out of the emerging markets over the past few months, the largest in 17 years.

The sharp currency depreciation and massive capital flight are aggravating the sovereign debt positions across a vast number of emerging economies, especially in low-income developing countries.

Even before the current Fed rate hikes and the dollar's rise, the developing world had already been badly hit, twice. The first hit was COVID-19, which pulled 100 million people back to absolute poverty and increased the total external debt of developing countries by $500 billion. The second hit was the Ukraine crisis. Soaring oil and gas prices have lifted the import bill and fiscal pressure in selected Middle East and North African countries. Every $10 in oil price rises will add 0.3 of a percentage point in fiscal deficit in Turkey and 1.3 percentage points in Lebanon. Egypt, Tunisia, Ghana and Kenya also have similar difficulties. Egypt, for instance, saw its currency  depreciate by 15 percent and turned to the International Monetary Fund (IMF) for financial relief.

Soaring world food prices, following a hefty rise of 40 percent in 2021, have been aggravating the difficulties of the developing world, especially those in the Middle East and North Africa, South Asia and Sub-Sahara. Kristalina Georgieva, the IMF managing director, and Antonio Guterres, UN secretary-general, have warned of the danger of world famine.

The World Bank has already warned that a dozen least-developed countries will experience debt defaults next year. That would be the largest debt crisis in developing countries in 30 years.

The current Fed hikes and strong dollar are giving those developing nations fresh and deadly blows. As discussed above, the rate hikes have pushed the dollar up considerably. That led to a hefty increase in the dollar-debt services cost for developing countries and huge capital outflows that have drained their dollar reserves. A recent IMF report found that the debt burden by the middle-income economies was the highest in 30 years. Ten percent of all the middle-income economies are already facing a debt crisis with another 50 percent facing serious problems.

Sri Lanka has provided a textbook case for all. Its economy was first hit by COVID-19. Its exports, mostly apparel, and tourism income fell sharply. The country was later hit again by the Ukraine crisis as it depends on oil and food imports. The soaring food and oil prices drained its reserves quickly. Again, the dollar rise hit hard as the Sri Lankan rupee fell from 202.0020 per dollar on February 25 to 359.51 per dollar, a fall of 43.8 percent. By May 19, Sri Lanka had only $2 billion of official reserves, against a total foreign debt of $51 billion and declared a state bankruptcy.

If the Fed hikes and the subsequent aftermath continue, there will be an extremely high risk of a debt crisis chain reaction in the world's developing economies. Simultaneously, worldwide financial turbulence and recession accompanied by high inflation is looming on the horizon. It also looks certain that the world will miss the UN's 2030 Sustainable Development Goals target.

In the face of this major risk threatening the world, all the national governments and international institutions should lose no time in their efforts to avoid or minimize this debt crisis.

First, the U.S. government, namely the Fed and the Treasury Department, should keep exchanging information and coordinating with other national governments in macro and monetary policies, so as to cushion the shock of each rate hike. One of the top urgencies is the New Plaza Accord, to be discussed and agreed upon by the world's developed and developing economies, which can result in the world's central banks' intervention in the global exchange markets collectively to slow the dollar's rise.

Thirdly, globalization and multilateralism, instead of fragmentation, must be upheld. Some Western countries have fabricated a totally unfounded story that China is to blame for the Sri Lanka debt crisis. Most of Sri Lanka 's sovereign debt was lent by the Asian Development Bank and other institutional investors, including some on the Wall Street. China accounted for only 10 percent of Sri Lanka's total foreign debt. The fragmentation approach will only offset the joint efforts of the entire world.

Fourth, reform of the international payment system must speed up. The current debt crisis tells us once more that the dominance of the U.S. dollar in the global payment and settlement system is a global problem. Sovereign debt lending could be done in different reserve currencies, increasing the share of the euro, renminbi, pound and yen. The share of the dollar in reserve currencies should be gradually brought down to lower than 50 percent against the current 60 percent. Sovereign borrowing and payment should be in currency baskets. By this approach, the dollar risk and subsequently, the debt crisis risk, will be reduced meaningfully.