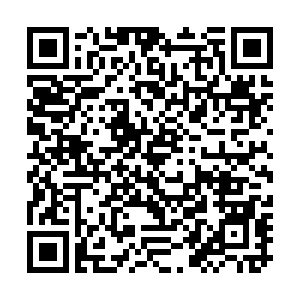 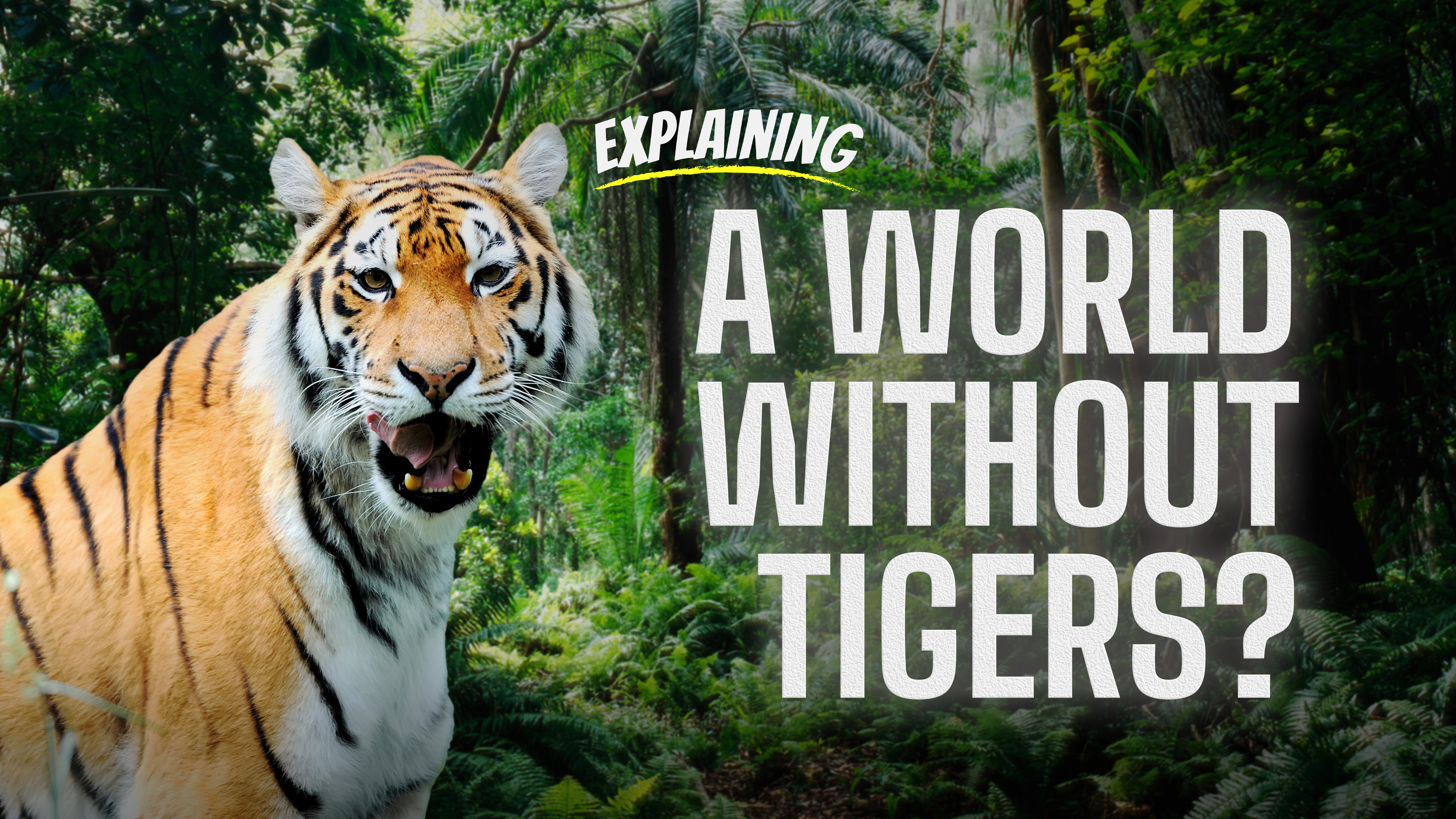 Today marks Global Tiger Day or International Tiger Day, and this Chinese Year of the Tiger is special as it's the time to check whether all 13 tiger range governments have achieved the goal of doubling the number of wild tigers to 6,000 that they set in 2010.

According to the latest tiger assessment released by the International Union for Conservation of Nature (IUCN) last week, the global wild tiger population is estimated to be between 3,726 and 5,578, which is 40 percent more than the result of the previous assessment in 2015. Although the number falls short of the target and the tiger remains endangered, the stable or growing wild tiger population is encouraging for tiger conservationists and local governments. 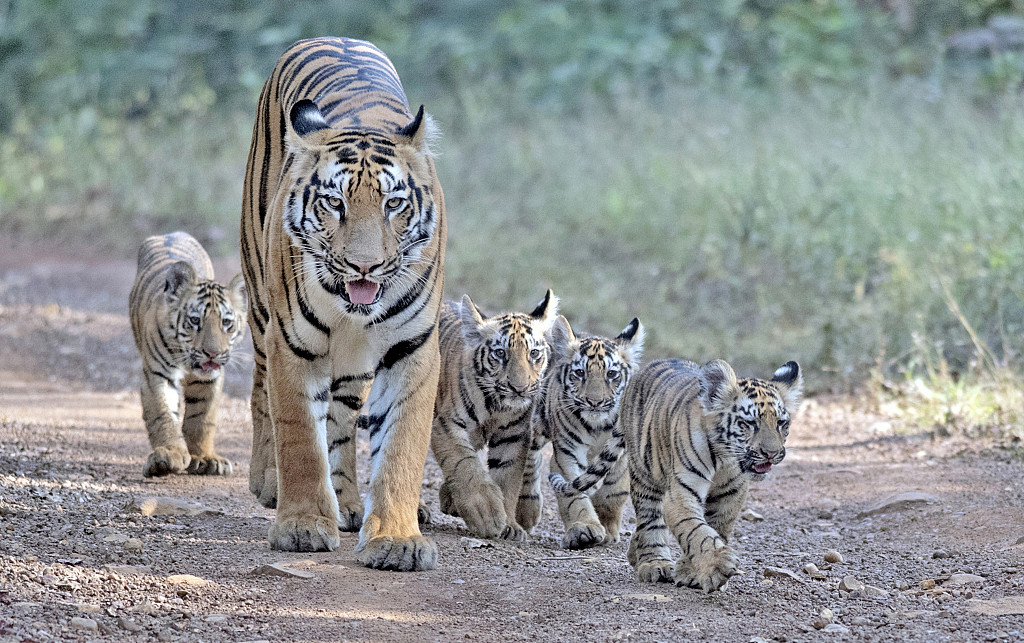 A tigress strolls down a dusty track with her four cubs in India. /CFP

A tigress strolls down a dusty track with her four cubs in India. /CFP

Tigers in South Asia are gaining numbers, particularly in India and Nepal. The home to nearly 60 percent of the global tiger population, India has seen an impressive increase of wild tigers, from 1,411 in 2006 to 2,967 in 2018. In Nepal, the number of wild tigers grew 60 percent between 2009 and 2012.

In Northeast Asia, numbers are relatively stable in Russia and likely increasing along the border with China. With years of natural forest protection and the establishment of the Northeast China Tiger and Leopard National Park, the population of wild Siberian tigers in China has reached over 60. Several regions like Laoye Mountains and Lesser Khingan Mountains have gradually become the stable distribution zone of ​​wild Siberian tigers, indicating an improved habitat. 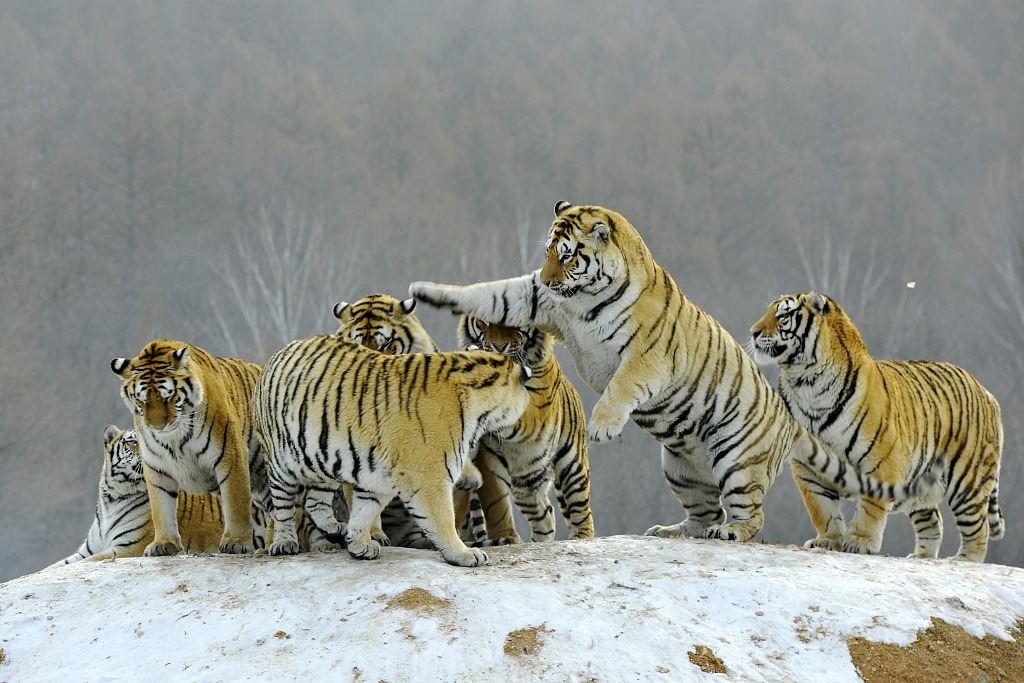 The jump in numbers was partly due to improved monitoring as more advanced tracking and genetic testing technology exists. Anti-poaching campaigns, expansion and connecting of fragmented habitats, and working with communities living alongside tigers all contribute to protecting these magnificent big cats.

Over 12 years, the population of wild tigers has gradually recovered thanks to global efforts. Later this year, tiger range governments and scientists will gather for the second Global Tiger Summit to set a new 12-year tiger recovery plan.