Download
Opinion: A real industrial internet is shaping up in China
Gong Zhe 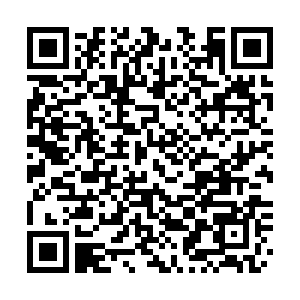 Editor's note: Gong Zhe is a senior sci-tech editor at CGTN Digital. This article reflects his own opinions instead of CGTN's.

The English-speaking world has yet to figure out a common term to describe the fusion between industries and the internet.

The Germans love to call it the Internet 4.0, while the Chinese are calling it industrial internet. Some others prefer the abbreviation IIoT or the Industrial Internet of Things.

Personally, I think the term IIoT is easier for non-industrial people to perceive. We all know the Internet of Things (IoT), like smart speakers, controlling home appliances remotely, or the ability to drag-and-drop files between a phone and a laptop.

IIoT is basically the same technologies applied in industries, like in factories and farms.

With that said, I will use the term industrial internet as CGTN is a Beijing-based media.

It seems quite natural for industries to make use of digital, smart tech. I used to think that industrial internet was just another useless piece of jargon like cloud computing – a new term for what we already know and use.

But just like home automation, enterprises have all kinds of concerns stopping them from trying this new stuff.

The first problem is that they have to "choose a side." If you are familiar with home appliances, you should know that most devices only support one smart platform. If a smart TV supports Amazon's Alexa, it will probably not support Apple's HomeKit.

The same thing happens to companies. If a company decided to use Huawei's system, they may have to give up services provided by Tencent. These big companies want their clients to stick to their own "ecosystem" – which basically means "keep spending."

Ever tried to switch from iOS to Android or vise versa? You'll get what I mean.

The cost can also be an issue. To connect a factory to the industrial internet – it still runs on the internet as we know it – a huge number of sensors and analytical tools will be installed, which may cost a huge amount of money if the factory is old.

Another problem is data safety. To smartphone users like you and me, data safety mostly means privacy protection. If our mailboxes got leaked to marketers, we'll have to deal with endless spam mails.

For enterprises, that's an even worse nightmare, because company data, or what we call "corporate secrets," could very well be a lifeline.

After talking with experts at the Global Industrial Internet Conference in east China's Wuzhen, I realized that these problems can be solved, especially in China.

Unlike many other market economies, China has a strong government that is committed to serving the people. The officials can build a data sharing platform, making use of their credit to help solve the data safety issue. An example would be those house-renting platforms built by local governments to protect young people from bad agencies.

The "choose a side" issue may also be solved if the government could stand out and force local platforms to become compatible with one another. Just like what the government did to the digital ID system across China. Apps no longer need to set up their own ID verification systems, instead they all verify users through a unified, government-backed service.

China seems to be very determined to build an industrial internet. The government has started coordinating data centers across the country with a national-level plan to better utilize every bit of computing power. They may also do this to manufacturing powerhouses and build the "world factory" into a "smart world factory."