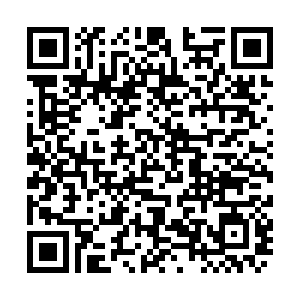 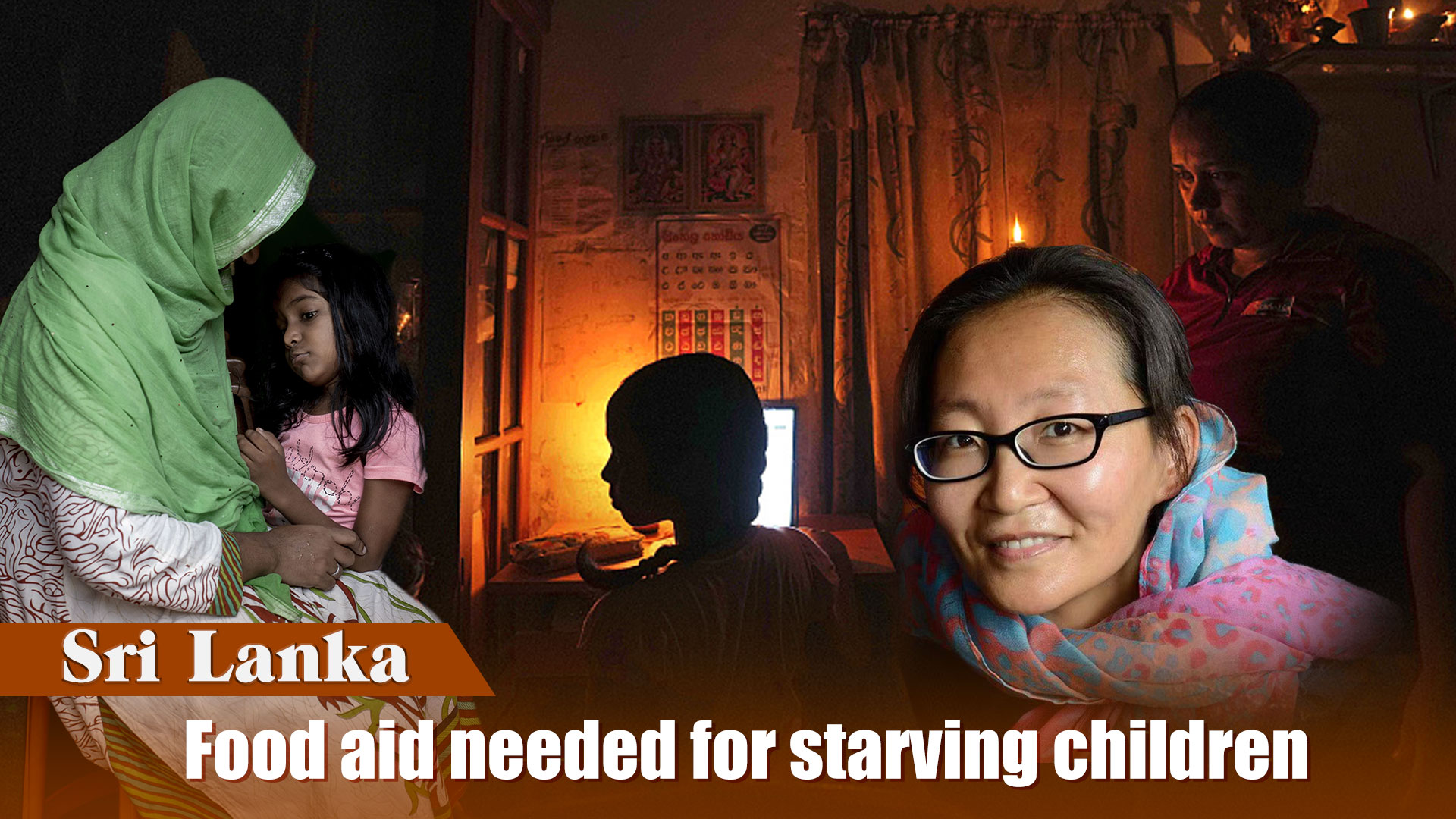 Editor's note: Last week, Sri Lanka's parliament elected longtime politician Ranil Wickremesinghe as the country's new president, who is expected to address the prolonged economic crisis. What is the impact of the Sri Lanka crisis on the people's daily life, especially food security? How important is external assistance for the country at this moment of emergency? Li Kun, the Regional Communication Advisor for Asia and the Pacific at the United Nations World Food Programme, and Munivara Fathima Hameed, a Sri Lankan mother of four, gave us some clues during interviews. The views expressed in the video are their own and not necessarily those of CGTN.

Three in 10 families in Sri Lanka are facing food insecurity amid the country's worst economic crisis since independence in 1948. Skyrocketing food and fuel prices, inflation and widespread shortages of all essentials have pushed adequate and nutritious diet out of reach for more and more families.

"I can't do this anymore. I am not getting paid. And there is also less food, you can't find things," said she.

The family can hardly afford any fruits and vegetables, as food prices rise and its income dwindle.

According to the latest assessment by the World Food Programme, six million people in Sri Lanka, that's nearly 30 percent of the population, are facing food insecurity. Among them, 65,000 are facing severe food insecurity and need urgent support.

The same assessment has also found that households headed by women are at particular risk. 60 percent of all families are using coping strategies such as reducing portion sizes, eating less nutritious food, or even cutting meals all together, which could have devastating consequences on the health and nutrition status of women and children.

With virtually no foreign currency reserves left, the country can no longer afford to pay for imports of staple foods and fuel. The shortage of these key commodities has also caused the prices to go up.

"Everything is expensive. The price of goods is two or three times as much as before," Hameed complained, "We have cut back as much as we can. We have completely stopped using milk powder. We have no money to buy snacks for the children. We used to eat chicken four times a week. Now we struggle to eat just once a week."

With severe shortages of fuel and gas, Hameed has to use kerosene to cook.

Government's efforts to maintain its critical social safety net programs are seriously constrained. The school feeding program, for example, which is the biggest social safety net in Sri Lanka, covering 20 percent of all school-aged children – that's one million of them – is now suspended. And also, the Thriposha nutrition program, which provides nutritious fortified foods for pregnant and breastfeeding mothers and young children, has been cut. Without any external assistance, the fate of these mothers and children is particularly worrisome.

After not getting paid for three months, Hameed closed her business in April. The family now relies on the income of her husband.

"As a mother, I dream of a better future for my children. But with the situation now, I don't know what will happen," said she.

Sri Lanka is experiencing the double blow of increasing interest rates for much needed loans, and at the same time, the rising food and energy prices around the world are leaving it with very few options. The depth of the economic challenges facing Sri Lanka today is a reflection of the broader challenges faced by many countries in the wake of the pandemic and, lately, the war in Ukraine.

In response to the deteriorating food security situation, World Food Programme has started its emergency operations. We hope to provide critical food and nutrition assistance to three million people between now and the end of the year. And we need $63 million to enable us to provide that support to them.