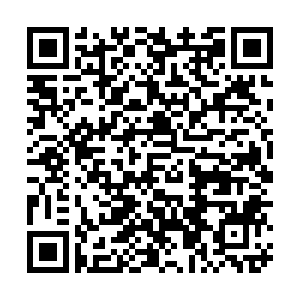 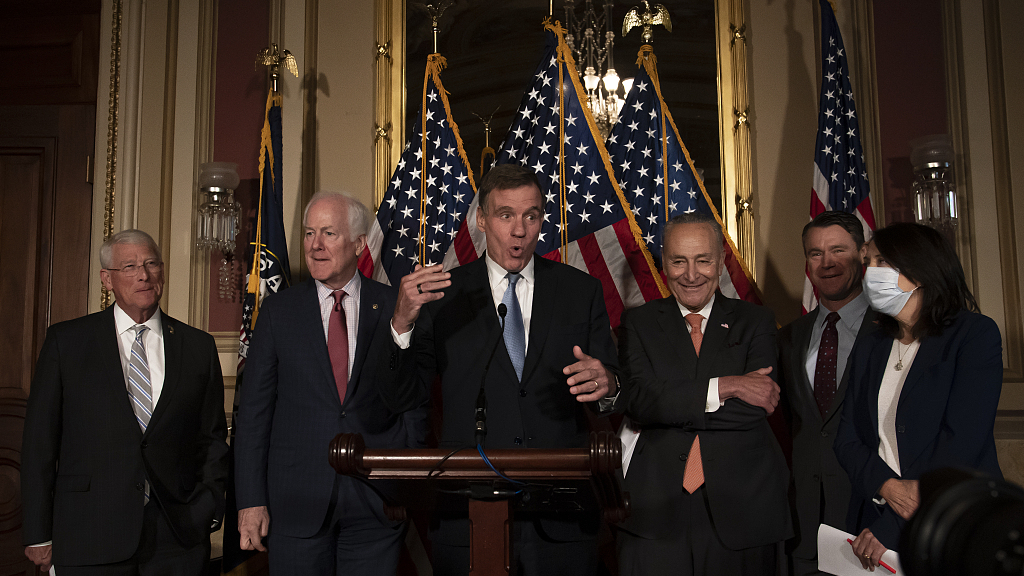 U.S. Senator Mark Warner speaks alongside a bipartisan group of senators following the passage of the Creating Helpful Incentives to Produce Semiconductors (CHIPS) for America Act on July 27, 2022 in Washington, D.C., U.S. /CFP

U.S. Senator Mark Warner speaks alongside a bipartisan group of senators following the passage of the Creating Helpful Incentives to Produce Semiconductors (CHIPS) for America Act on July 27, 2022 in Washington, D.C., U.S. /CFP

The U.S. House of Representatives passed a sweeping legislation on Thursday to subsidize the domestic semiconductor industry as it competes with Chinese and other foreign manufacturers, a victory for President Joe Biden and his fellow Democrats hoping to keep their slim majority in Congress in November midterm elections.

The final vote was 243 to 187, with one Democrat, Representative Sara Jacobs, voting present. Twenty-four Republicans joined 218 Democrats in backing the measure. Passage sends the bill to the White House, where Biden is expected to sign it into law as soon as early next week.

The U.S. Senate passed the CHIPS and Science Act with bipartisan support on Wednesday, after more than a year of effort.

A rare major foray into U.S. industrial policy, the bill provides about $52 billion in government subsidies for U.S. production of semiconductors used in everything from automobiles and high-tech weaponry to electronic devices and video games. It also includes an investment tax credit for chip plants estimated to be worth $24 billion.

The legislation would also authorize $200 billion over 10 years to boost U.S. scientific research to better compete with China. Congress would still need to pass separate appropriations legislation to fund those investments.

The bill was passed hours after Biden had a telephone call with Chinese President Xi Jinping, in which Xi underscored the need for China and the U.S. to maintain communication on important issues such as coordinating macroeconomic policies, keeping global industrial and supply chains stable, and protecting global energy and food security.

China is strongly against the U.S. efforts to seek monopoly through unfair means and wage any trade war. The Chinese Embassy in Washington said China "firmly opposed" the semiconductor bill, calling it reminiscent of a "Cold War mentality" and "counter to the common aspiration of people" in both countries.

Some Chinese experts say that this bill will hurt American and other manufacturers' business interest in a long run, because they will soon lose the biggest market in the world.