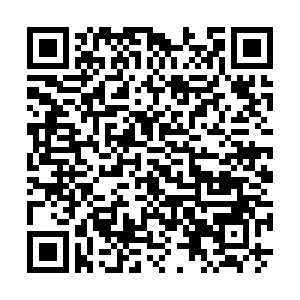 In mid-July, a group of bird lovers traveled to southwest China's Yunnan Province. They did discover dozens of species of birds, but also other animals. When they were looking for nocturnal owls in the forest of Laojun Mountains at night, they spotted a squirrel sitting on a tree branch with its long tail dangling in the air.

As it turns out, the squirrel, named the Chinese giant flying squirrel, is a species endemic to China. Like other flying squirrels, it has a "parachute" – furred skin membrane that stretches from wrist to ankle – enabling it to glide from one tree to another. 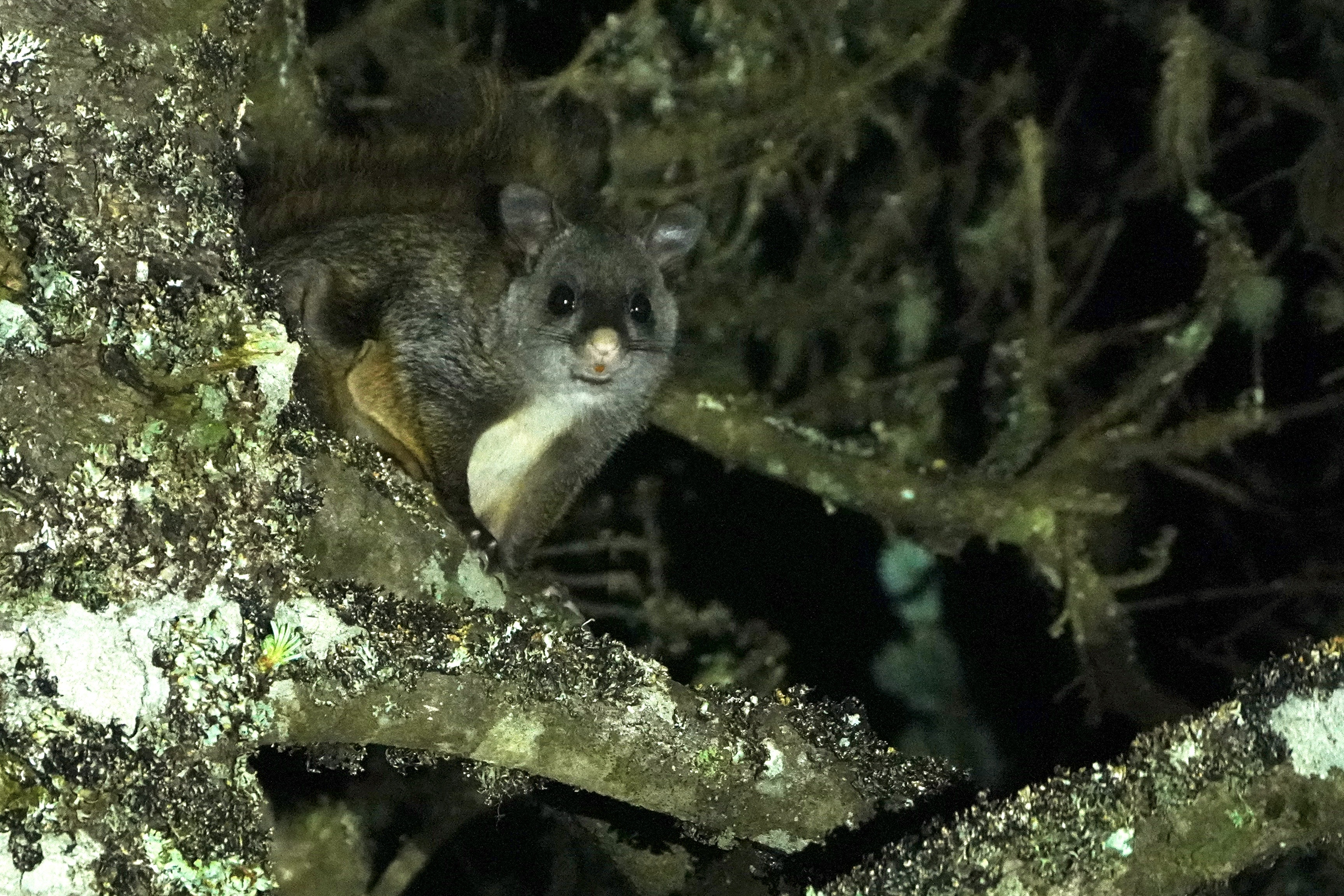 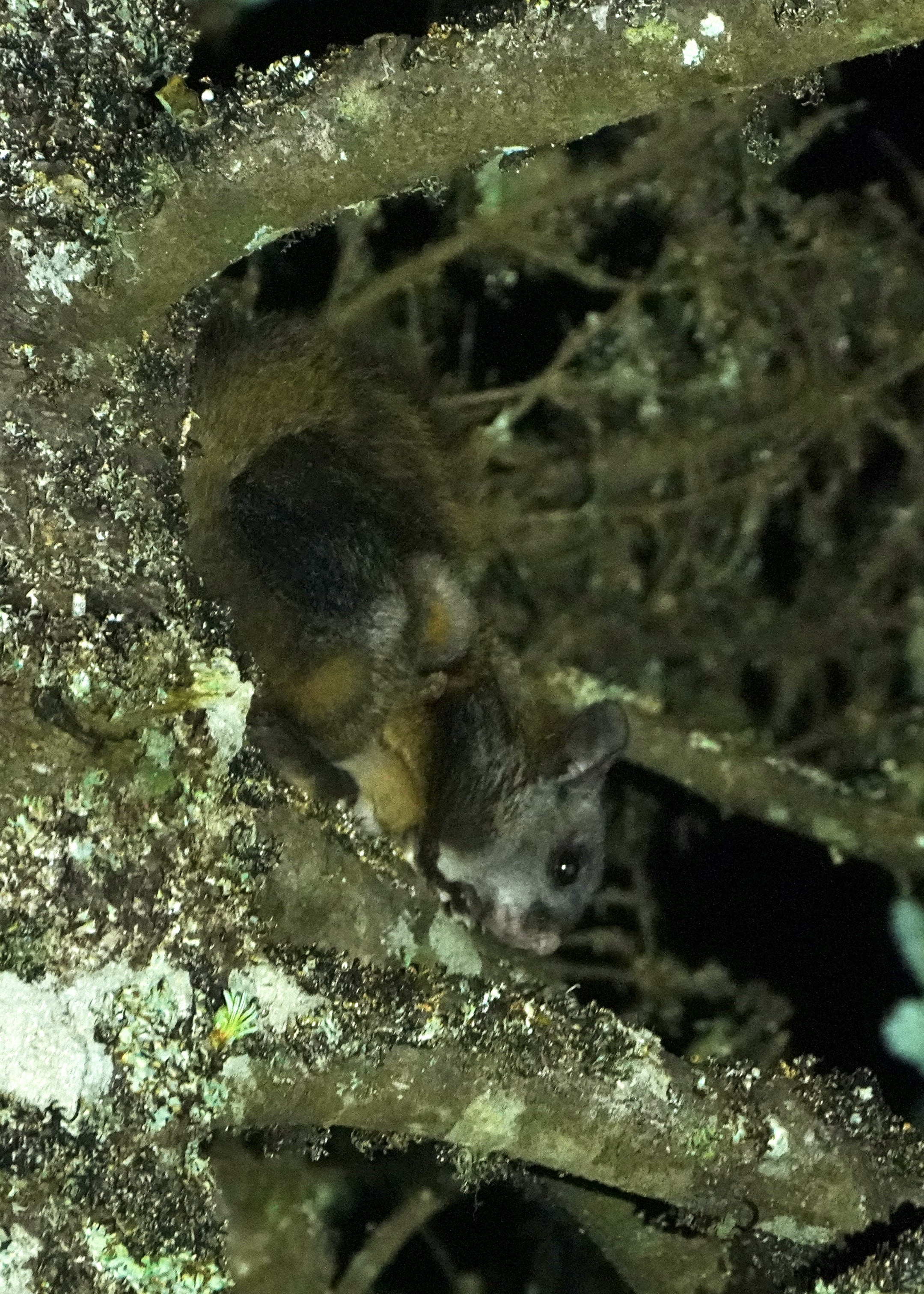 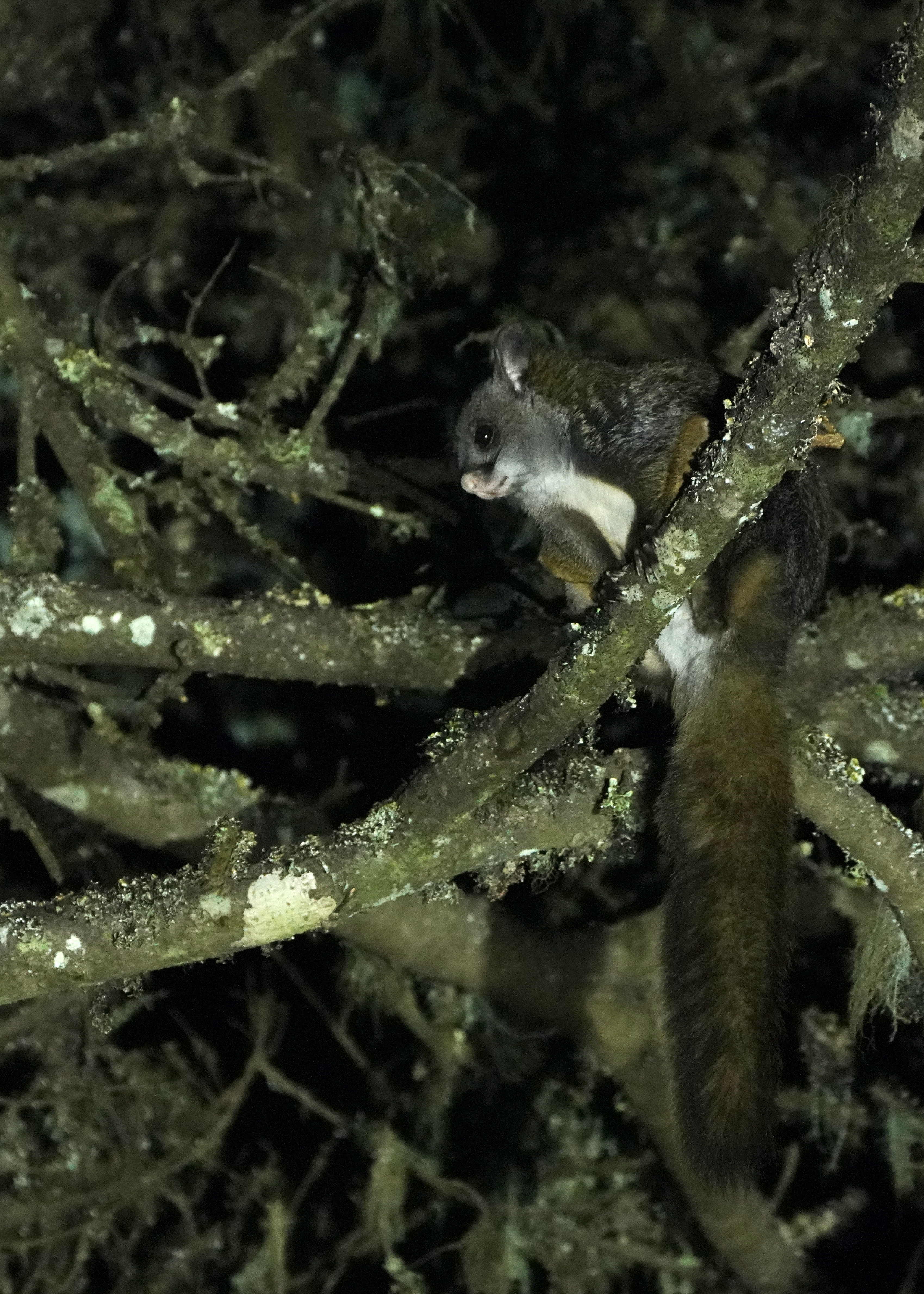 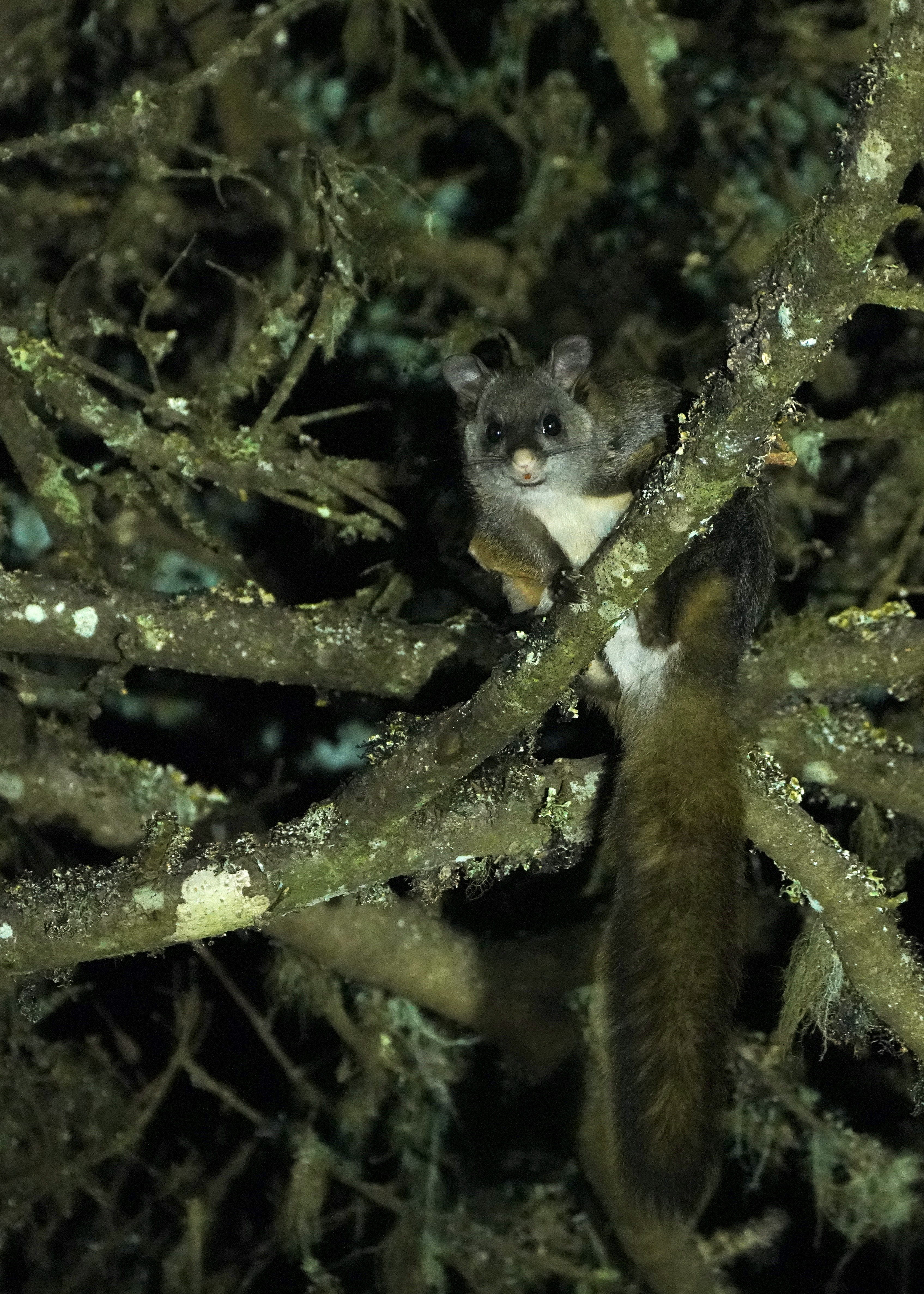 The rodent was also caught on video. Take a look! 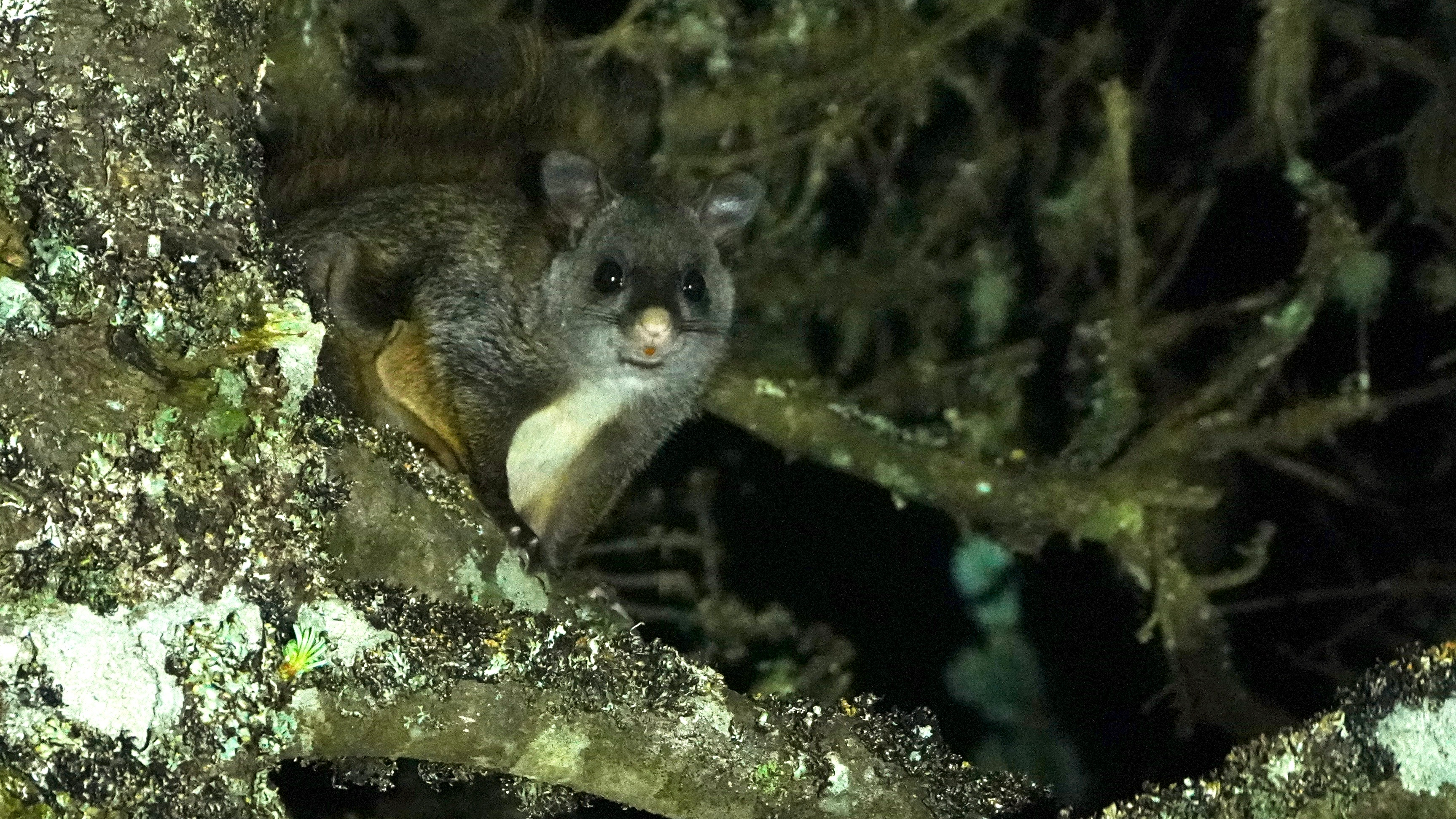 According to Li Quan, PhD at Kunming Institute of Zoology at the Chinese Academy of Sciences, as flying squirrels live in the deep forest at about 2,000-4,000 meters' elevation, they are usually very hard to observe, making researching them very difficult.

"Flying squirrels are easily neglected species, but they are actually very important to the ecological system. They are an important part in the food chain as many animals including big owls and large tree-dwelling carnivores like clouded leopards feed on them. On the other hand, they help pollinate plants and spread seeds. So they are very important to the forest. The problem is because of their seclusive life, we haven't done sufficient research about them," Li said.

(All photos by Fang Qiaoran)