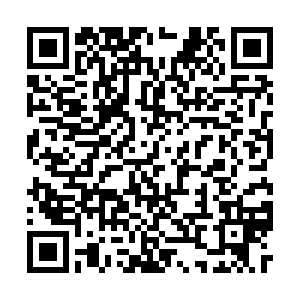 The confirmed cases of monkeypox passed 20,000 cases worldwide on Wednesday, according to the latest data from Our World in Data (OWID).

The number of global confirmed monkeypox cases showed a slow increase in May and June. The number of infections started to rise quickly from the end of June to the beginning of July, and this upward trend has continued until now. On July 23, the World Health Organization (WHO) declared the outbreak a Public Health Emergency of International Concern (PHEIC), raising the outbreak's status to a global health emergency.

The ongoing monkeypox outbreak was first confirmed in May 2022, beginning with a cluster of cases found in the UK. The confirmed cases were traced to an individual with travel links to Nigeria and were detected on May 6, 2022.

Monkeypox is a viral zoonosis with symptoms similar to smallpox with less severe clinical severity. It was first discovered in 1958 and first identified in humans in 1970. Prior to the 2022 outbreak, most cases were reported in proximity to the tropical rainforests of the Congo Basin, particularly in the Democratic Republic of the Congo, but increasingly in urban areas across central and west Africa.

The COVID-19 pandemic is far from over, and the new epidemic has begun to spread worldwide. Transmission has occurred in many countries that had not previously reported monkeypox cases; more than 70 percent of cases are reported from the European Region and 25 percent from the Region of the Americas. According to the WHO regional risk assessment on the 2022 monkeypox outbreaks, the European Region was classified as a high-risk region, and the African Region, Region of the Americas, Eastern Mediterranean Region, and Southeast Asia Region were classified as moderate-risk regions. 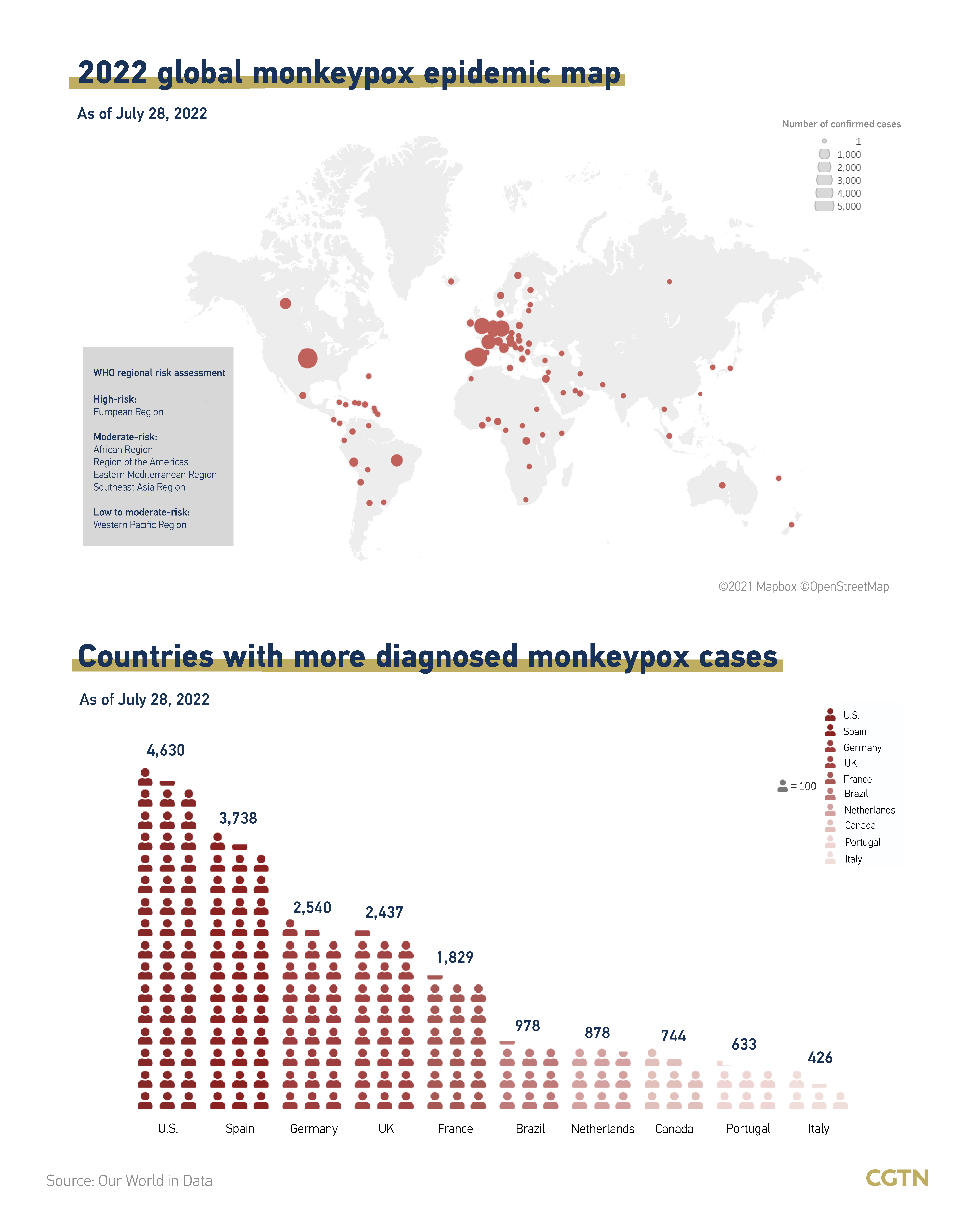 The General Administration of Customs of China issued an announcement to prevent the transmission of the monkeypox epidemic into the Chinese mainland to protect the health and safety of people entering and leaving the country on July 24.

The WHO mentioned that the majority of reported cases outside of Africa currently are in males, and most of these cases occurred among males who identified themselves as gay and bisexual. Ninety-eight percent among them used to have close contact with men. "The group's early detection could forecast a wider outbreak, but there is little evidence to suggest that the disease will remain confined to those groups," the United Nations health agency said.

Symptoms of monkeypox can include rash, spots, swollen lymph glands, fever, headache and muscle aches. The illness typically lasts 2-4 weeks. Sometimes, people get a rash first, followed by other symptoms. Others only experience a rash. According to the advice on monkeypox from the WHO, it is important to avoid close physical contact with sick people, avoid animals when traveling and wash your hands often with soap and water.