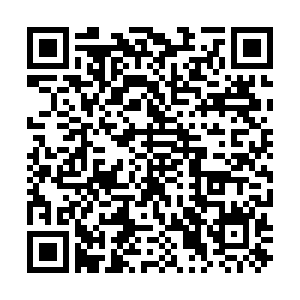 Robert Lewandowski of Barcelona looks on in the friendly against Real Madrid at Allegiant Stadium in Las Vegas, Nevada, July 23, 2022. /CFP

Robert Lewandowski of Barcelona looks on in the friendly against Real Madrid at Allegiant Stadium in Las Vegas, Nevada, July 23, 2022. /CFP

Robert Lewandowski, who left Bayern Munich to join Barcelona in mid-July, fired at the German powerhouse for making up lies about his departure in an interview with ESPN.

Having played eight seasons and won a huge number of awards, at both individual and team levels, Lewandowski told Bayern he wanted to join Barca at the end of the 2021-22 season. Things grew ugly soon as the two clubs couldn't agree on the Polish striker's transfer fee. During that time period, Lewandowski kept pushing the deal while Bayern continued to insist that they wanted to keep him.

"Some kind of people doesn't say to me the truth, say something different," Lewandowski told ESPN's Cristina Alexander. "And for me it was always important to be clear, to stay true, and maybe for a few people that was the problem. And in the end I know that something doesn't work well with my person as well and I knew that, OK I see and I feel that maybe it's a good time to move out of Bayern Munich and join Barcelona." 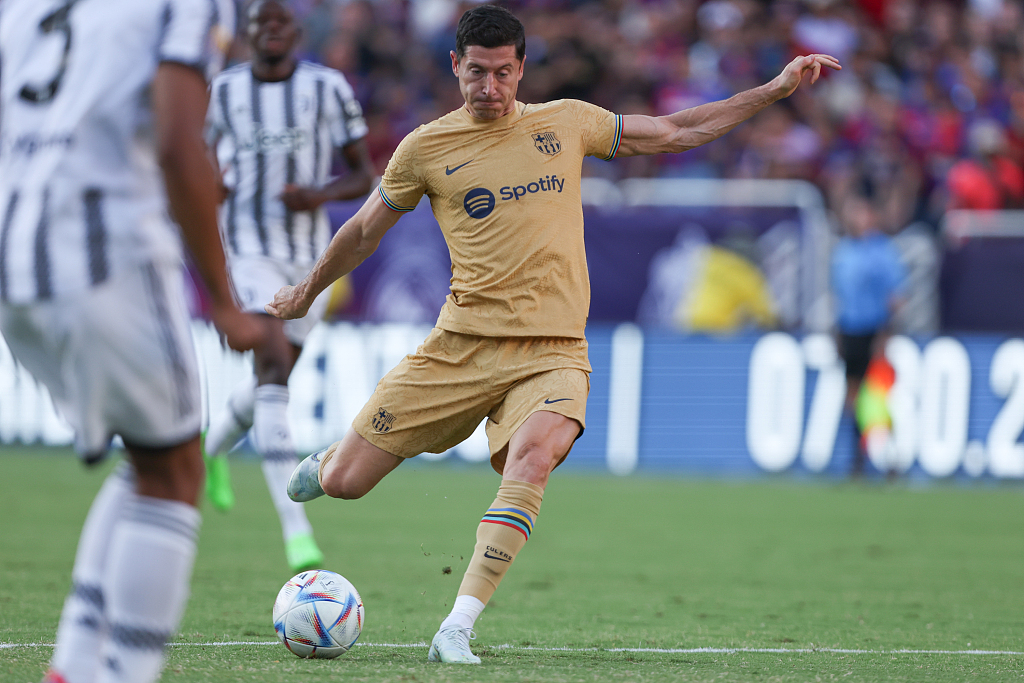 Robert Lewandowski of Barcelona shoots in the friendly against Juventus at Cotton Bowl Stadium in Dallas, Texas, July 26, 2022. /CFP

Robert Lewandowski of Barcelona shoots in the friendly against Juventus at Cotton Bowl Stadium in Dallas, Texas, July 26, 2022. /CFP

"I feel that I'm in the right position, right place. So everything that's happened in the last maybe few weeks before I left Bayern Munich, that was also of course a lot of politics," Lewandowski said. "The club tried to find an argument why they can sell me to another club because before it was difficult to explain maybe to the fans. And I had to accept that even though it was a lot of bull***t, a lot of s**t said about me. Not true, but in the end I knew that the fans, even in this period, still support me a lot."

Back when Bayern and Lewandowski were pointing fingers at each other, there were reports about him seeking departure because the German heavyweights wanted to introduce Erling Haaland from Borussia Dortmund. Lewandowski denied it and Haaland went to Manchester City which paid 60 million euros (about $61.4 million) to land him.

Though Lewandowski was not on the best terms with Bayern when he left, he said he appreciated his time there and "had a very good relationship with my teammates, with the staff, with the coach."

"We know very well what we have to thank Robert for, but great players have also left FC Bayern in the past, and even after that, Bayern's world did not fall apart. On the contrary, it often continued with even more success," Bayern's CEO Oliver Kahn said in a statement when the transfer was agreed.