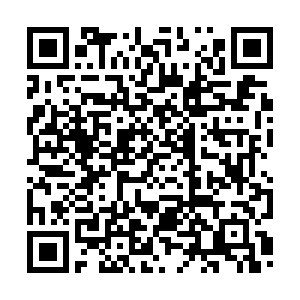 Global warming is affecting all parts of the world, however, not all regions of the world are experiencing it at the same rate. A paper published in June in the journal Geophysical Research Letters shows that temperatures in the Arctic over the early decades of the 21st century rose more than four times faster than the global average.

Why are Arctic temperatures rising faster than the global average? There are two main reasons. The Arctic is an ocean surrounded by land, and human activities on the surrounding land have a direct impact on it. Also, when sea ice, snow, glaciers and permafrost melt, darker land or ocean surfaces can absorb more energy from the sun, causing additional heating. 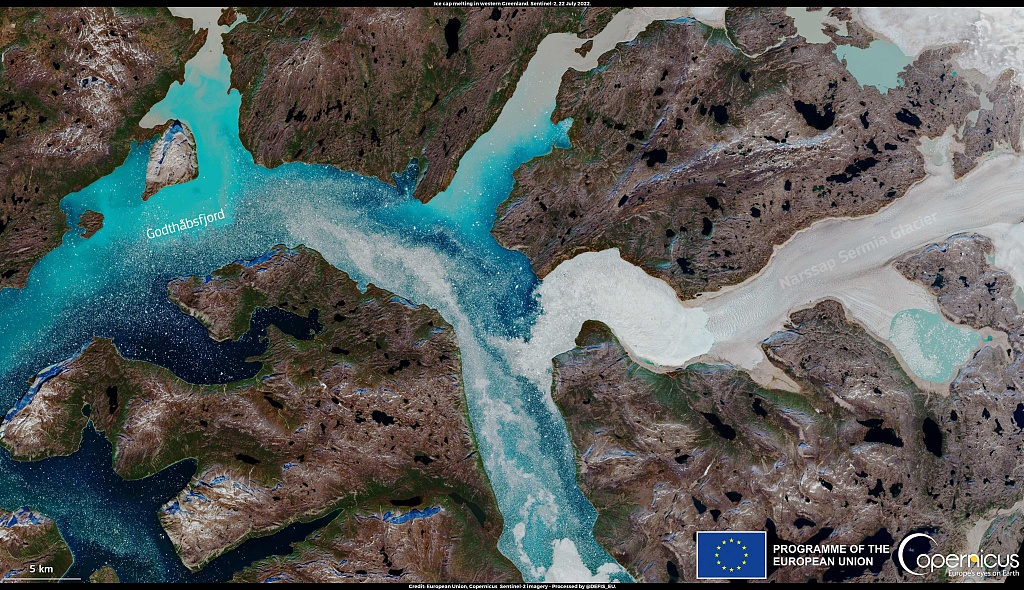 The prolonged high temperatures have triggered rapid melting of the ice sheet, releasing about 6 billion tonnes of water per day into the ocean between July 15 and 17. /VCG

The prolonged high temperatures have triggered rapid melting of the ice sheet, releasing about 6 billion tonnes of water per day into the ocean between July 15 and 17. /VCG

Rising sea levels and melting sea ice are major consequences, but the effects of global warming on the Arctic go far beyond these.

The Arctic is covered in snow and ice that reflect heat back into space and they balance out other parts of the world that absorb heat. The decline of sea ice and snow cover in the Arctic is likely to increase the frequency of various extreme meteorological and climatic disasters, such as extreme heat and cold waves, in the Arctic and middle and low latitudes, according to Xiao. When there is less sea ice to reflect heat, there are more intense heatwaves worldwide. Meanwhile, more extreme winters occur as the polar jet stream, a high-pressure wind that circles the Arctic region, is destabilized by warmer air, it can dip south, bringing bitter cold.

Arctic permafrost stores large amounts of methane, a greenhouse gas that contributes to climate change. Methane has more than 80 times the warming power of carbon dioxide over the first 20 years after it reaches the atmosphere, according to Nature Magazine. Permafrost covers about 8 million to 11 million square kilometers in the Arctic and stores nearly 1.9 trillion tonnes of frozen and thawing carbon, a study in the journal Nature Reviews Earth & Environment noted. When it thaws, methane is released, increasing the rate of warming. In turn, the rising temperature causes more permafrost to thaw, releasing more methane. Also, permafrost degradation can damage infrastructure there, like houses, roads, bridges, oil and gas pipelines, Xiao added. 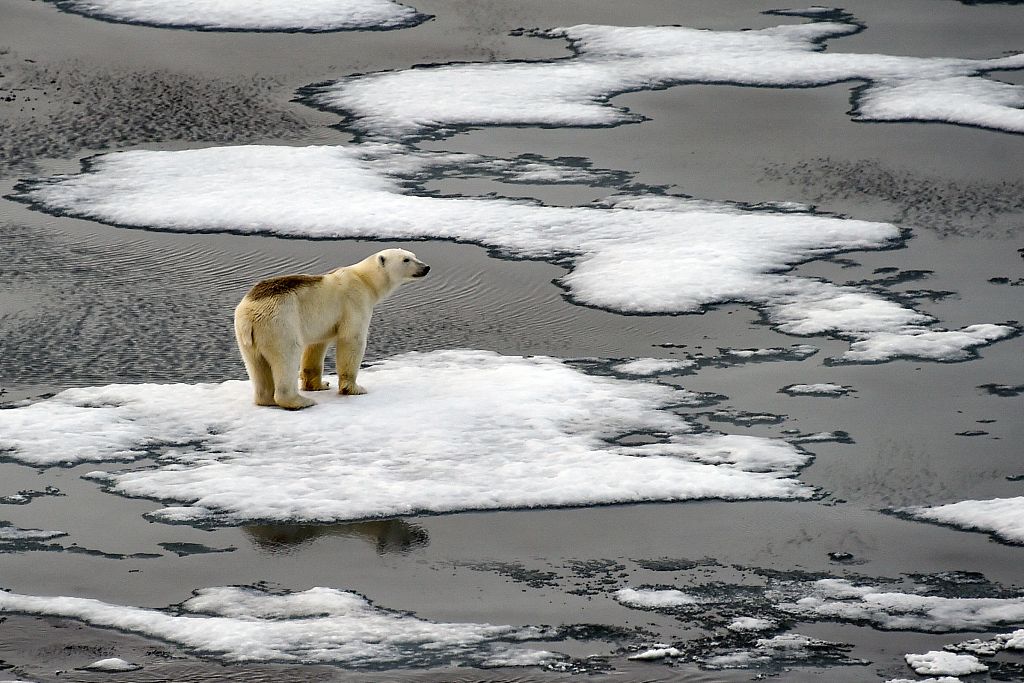 The declines of ice and melting permafrost spells trouble for polar bears, walruses, arctic foxes, snowy owls, reindeer and many other species. /VCG

The declines of ice and melting permafrost spells trouble for polar bears, walruses, arctic foxes, snowy owls, reindeer and many other species. /VCG

Bacteria and viruses can survive for millions of years in cold environments. Global warming increases the possibility they may emerge and conceivably affect people, which is a great threat to global life security.

The declines of ice and melting permafrost spells trouble for polar bears, walruses, arctic foxes, snowy owls, reindeer and many other species. What's more, fish are changing their ranges, while southern Arctic species, such as orcas, are pushing further north.

Environmental pollution and the intensification of the geopolitical tussle

The declines of ice may lead to the opening of Arctic shipping routes and the increase of suitable arable land, however, this can also lead to the intensification of the access to Arctic resources and geopolitical tussles, said Xiao. Also, more vessels mean increased risks to Arctic ecosystems and wildlife, from heavy fuel oil spills to air and underwater noise pollution and the break-up of the remaining ice. 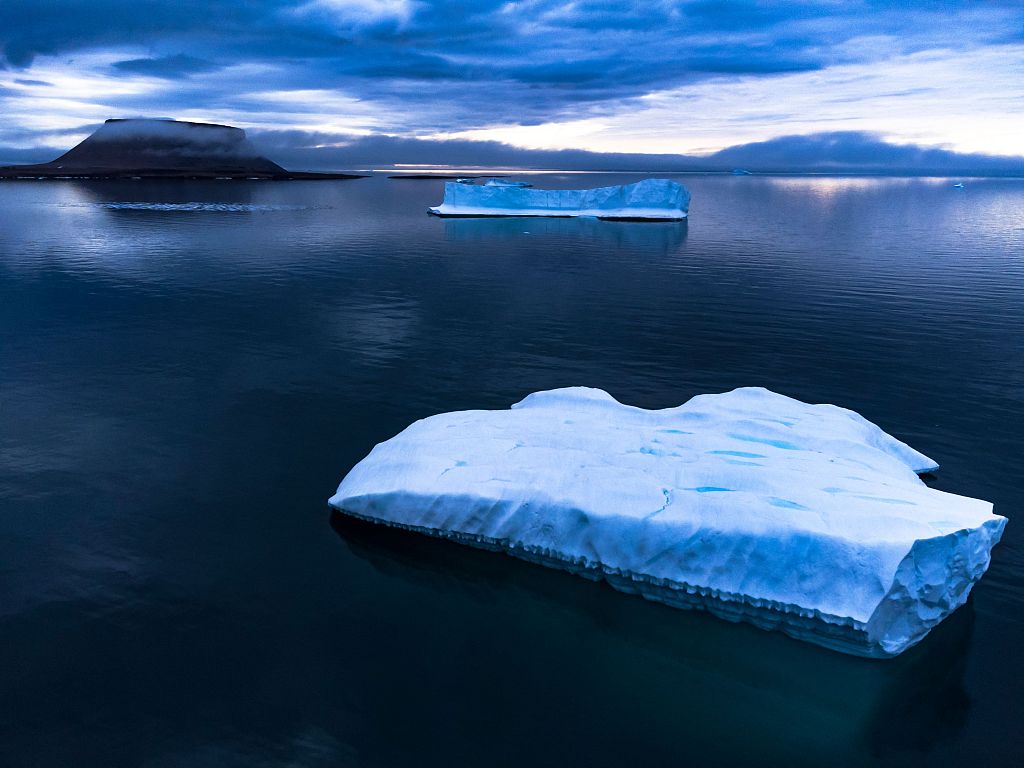 Over the past two decades, the Arctic has lost about one-third of its winter sea ice volume. /VCG

Over the past two decades, the Arctic has lost about one-third of its winter sea ice volume. /VCG

We lose Arctic sea ice at a rate of almost 13 percent per decade, and over the past 30 years, the oldest and thickest ice in the Arctic has declined by a stunning 95 percent. If emissions continue to rise unchecked, the Arctic could be ice-free in the summer by 2040, according to World Wildlife Fund.

"Reducing global carbon emissions and further easing the trend of global warming is the best way to slow down the warming of the Arctic," said Xiao, "at the same time, we need to accelerate the use of cleaner energy and accelerate research efforts to mitigate global warming, such as geoengineering applications."