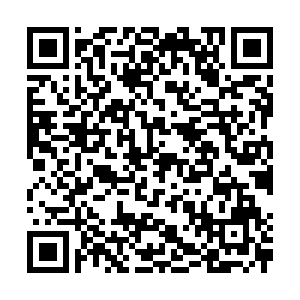 Not everyone can make a splash on the international stage on their first try, but that was precisely what happened for 24-year-old Chinese director Li Jiahe when he won the second prize in the La Cinef segment for his short film "Somewhere" at the 75th Cannes Film Festival in May, and the kicker is that achieved it fresh out of university.

"I was honored when I heard that I had won the award, knowing I was not representing myself alone at this time," said Li Jiahe during an exclusive interview with CGTN.

A part of the prestigious Cannes film festival, La Cinef was created to inspire and encourage the next generation of filmmakers. More than 2,000 films from students worldwide are sent to La Cinef annually, and it picks 15 to 20 applicants and gives them a chance to showcase their films on the international stage. The selected films will be submitted to the La Cinef jury of the short film competition, which will award the top three films at an official ceremony.

The work from the Gen-Z director is the third Chinese short film to win an award at Cannes this year. The international poster for the Li Jiahe's short film "Somewhere."

The international poster for the Li Jiahe's short film "Somewhere."

Telling China's stories to the world

For Li, the film was his way of telling a good Chinese story to the world.

Born in a beautiful village in China, Li has a great sentiment for his homeland and developed a passion for telling Chinese stories at Hebei University of Science and Technology.

"I choose to start telling stories from the familiar environment. In the future, I will have plenty of time to go to many places, meet many friends, discover more customs of other areas in China, explore more Chinese stories, and show our beloved motherland to the world in my future film," said Li. 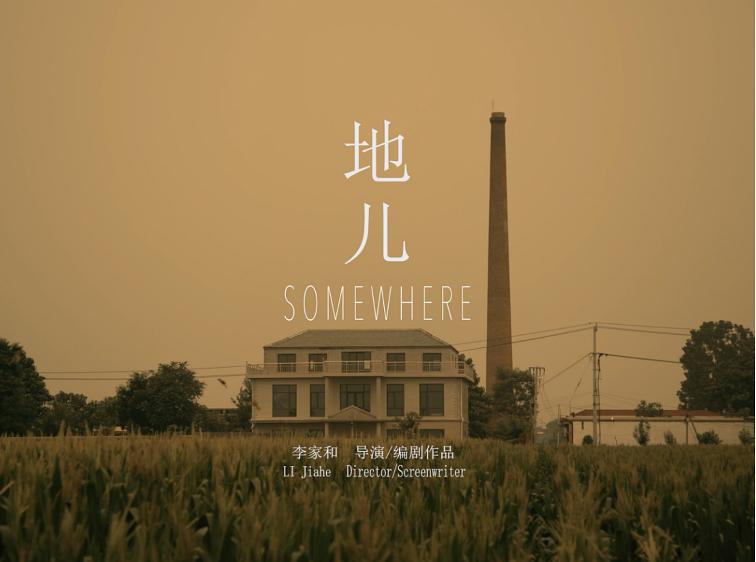 The film is set in a small town and explores realism and humanity's capacity for redemption as unexpected event forces the main characters to start "looking for somewhere," somewhere pleasant at the bottom of their heart.

To bring this concept to life, Li shot the film in his hometown in Xingtai City, north China's Hebei Province, thereby imbuing it with a lot of local flavor. In one of the scenes, a colossal chimney stands on a wheat field, and the viewer can see the infinite stretch of the North China Plain as far as the eye can see.

"Having lived here (in Xingtai) since I was a child, I am more acquainted with the customs of my hometown," Li said, explaining why he chose to film in his hometown. "I feel that my hometown still has many captivating places and unique stories waiting for me to uncover."

"I just wanted to complete a project to prove myself before graduation, and I was already surprised when I heard my work was selected as a finalist," Li said of his application for the Cannes La Cinef selection.

The challenges of filming on a student budget

Aside from time and commitment, a robust budget is one of the key elements in high-quality filmmaking. However, being a student meant Li did not have the resources to fund a big-budget project.

"The dilemma I encountered was the lack of funds, venues, equipment, and staffing, which forced me to rely on the existing conditions for proposition creation," Li said.

His budget was 5,000 yuan (approximately $740), but he was determined to produce the best film he could with the resources at hand. For example, he overcame the limitation of using the "fixed camera position shooting" method by spending more time on the composition and adjusted color tone to serve the emotional expression of the characters to make the picture content richer.

He would also review the film's rough cut every day after shooting, summarize the problems and deficiencies and then make up and correct them the next day.

"I was very clear about what I wanted to shoot," he said. "One cannot compromise on any part of the production of the short film." Chinese film festivals and the road ahead

In recent years, more and more major film festivals have become a launchpad for young Chinese directors, allowing them to get their foot in the door.

"We live in an internet era, there are many opportunities for young filmmakers to showcase their work, and film festivals are a great platform to do so," said Li.

He said he intends to keep learning and improving. His ultimate goal is to create a feature film.

When asked what advice he would give to other young Chinese directors about entering the world stage, Li replied with great modesty.

"As a young filmmaker who just graduated, I feel I am not qualified to comment on this," he said.

"I can only say that when it's realistic to do what you like, make sure you stick with it."