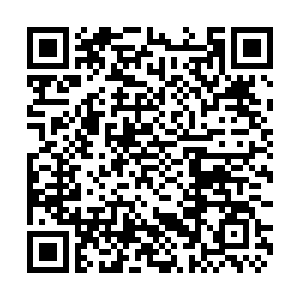 The Commerce Ministry says China's trade recovered in the first six months of the year. At a press conference in Beijing on Friday, officials said major trade indexes stabilized and picked up, especially in the second quarter, providing significant support to the stability of China's macro economy.

Total trade in goods in the first half of 2022 hit about $3 trillion, up 10 percent year-on year. Trade slowed in April, but bounced back in May and June, showing strong resilience.

Trade with major partners also showed growth. China's trade with the U.S., the EU and ASEAN rose by 11.7 percent, 7.5 percent and 10.6 percent, respectively. And trade with the Belt and Road countries surged by nearly 18 percent.

The Commerce Ministry says it will take concrete measures to boost consumption.

"We will implement a series of measures to stabilize economy and boost consumption," said senior ministry official An Baojun.

"They will include expanding the purchases of vehicles and green intelligent home appliances, facilitating the development of live-streaming e-commerce, and holding the International Consumer Products Expo and the International Import Expo. We will also accelerate the building of international consumption center cities and complete logistical channels in counties and villages.”

Foreign investment in China amounted to $112 billion in the first six months, a rise of 22 percent. South Korea, the U.S. and Germany accounted for the biggest shares, with their investment expanding by 37 percent, 26 percent, and 14 percent, respectively.

China says it deepened multilateral cooperation in the first half of 2022.

“We made great achievements in the 12th ministerial meeting of the World Trade Organization, and in implementing the Regional Comprehensive Economic Partnership (RCEP)," said Yang Tao, a senior Commerce Ministry official.

"We also actively facilitated our participation in the Comprehensive and Progressive Agreement for Trans-Pacific Partnership (CPTPP) and Digital Economy Partnership Agreement (DEPA). The free-trade agreements between China and Cambodia and the upgraded agreement between China and New Zealand have taken effect. We also successfully held the 12th BRICS countries trade ministers' meeting,”said Yang.

Looking ahead to the second half of the year, the ministry says China faces significant risks and uncertainties and prospects for trade growth are not optimistic, but adds that it will take measures to boost imports and exports to maintain stability.