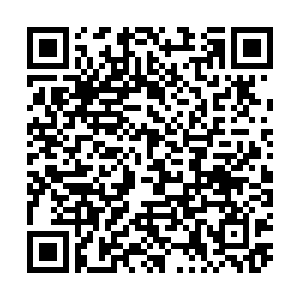 A speech made by Chinese President Xi Jinping, also general secretary of the Communist Party of China (CPC) Central Committee, at a ceremony marking the 90th anniversary of the founding of the People's Liberation Army (PLA) will be published on Monday.

Xi, also chairman of the Central Military Commission, delivered the speech at the ceremony on August 1, 2017. The speech will appear in the Qiushi Journal, the flagship magazine of the CPC Central Committee.

The article noted that the glorious history of the people's army was forged in blood, and thus it merits our remembrance. For the Chinese people to realize national rejuvenation and happiness in their lives, we must expedite the development of the people's army into a world-class military.

It emphasized that history informs us that "the Party commands the gun" is a basic guarantee to ensure the people's army maintains its essential nature and its aim, adding that this is an irrefutable truth that arose from the Party's fierce struggles.

It also said that noble ideals and beliefs imbue the people's army with the inner strength to courageously march forward, and that reform, innovation, and constant renewal form the most propitious path for developing the people's army.

The article noted that since the 18th National Congress of the CPC in 2012, we proposed building a people's army that follows the command of the CPC, is victorious in battle, and shows exemplary conduct. It added that the people's army has remolded its political environment, organizational form, systemic strength, and its manner of conduct.

The article emphasized that, in order to strengthen the military, we must not waver from the principle of the absolute leadership of the Party over the military, and ensure that the people's army will always follow the Party.

We must at all times focus on battle readiness, so as to forge a powerful army that comes when it is called, is ready for battle when it comes, and is victorious in battle. We must remain committed to the fundamental principle of wholeheartedly serving the people, forever being an army that has the trust, support, and love of the people, the article said.

China will always, as ever before, be a promoter of world peace, contributor to global development, and upholder of the international order, and hence the Chinese army will always be a staunch force in keeping world peace, the article added.

(Cover: A flag guard formation consisting of officers and soldiers from the army, air force, navy and rocket force of the PLA attends a military parade to mark the 90th anniversary of the founding of the PLA at Zhurihe training base in north China's Inner Mongolia Autonomous Region, July 30, 2017. /Xinhua)