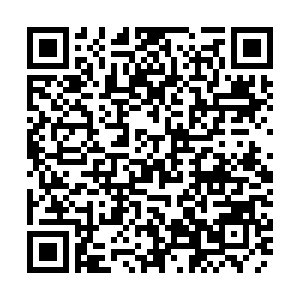 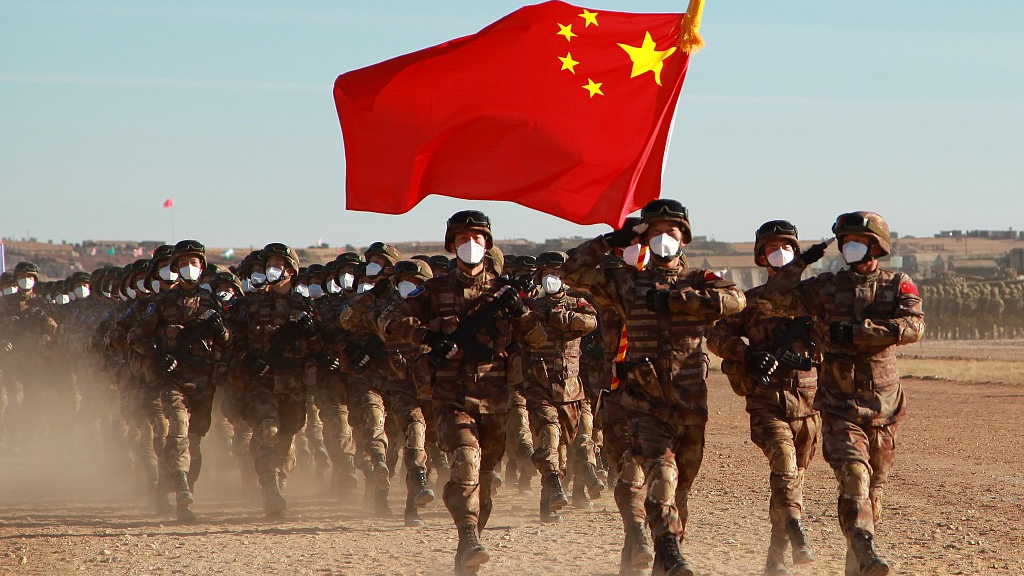 Editor's note: Li Yun is a researcher at the Institute of Foreign Military Research of the Department of War Research, China's People's Liberation Army (PLA) Academy of Military Sciences. The article reflects the author's views and not necessarily those of CGTN.

Today marks the 95th anniversary of the founding of the Chinese People's Liberation Army (PLA), and is also an occasion to reflect on the journey it has taken. After the 18th National Congress of the Communist Party of China (CPC), along with socialism with Chinese characteristics, China's national defense and military development entered a new era.

President Xi Jinping, with the strategic vision to achieve national rejuvenation within the context of global changes of a scale unseen in a century, put forward the CPC's goal of building a strong military in the new era, establishing a military strategic guideline for a new era, and outlining a three-step plan for China's national defense and military modernization that included three milestone objectives, namely to achieve substantial progress by 2020 in improving the quality and efficiency of the military services and upgrading their combat capabilities, to mostly complete the modernization of China's national defense and military by 2035, and to transform the PLA into a world-class military by the middle of the 21st century.

Under these guiding principles, the PLA has restructured its leadership and command system, modernized its military force structure, and reformed military policies and institutions. With the reduction of 300,000 active-duty military personnel, the PLA has put in place a renewed system where the Central Military Commission exercises overall leadership, the Theater Commands are responsible for military operations, and the services focus on developing capabilities, and has worked toward building a military force with elite combat troops as the mainstay. A military policy and institutional framework with Chinese characteristics has been established.

The PLA Army is speeding up the transition of its tasks from regional defense to trans-theater operations. It has commissioned the Type 15 tanks, long-range multiple rocket launcher systems, and the Z-20 helicopters, organized training competitions, and conducted live exercises codenamed "Stride" and "Firepower," continuously improving its capabilities for precise, multi-dimensional, trans-theater, multi-functional and sustained operations.

The PLA Navy (PLAN), in line with the strategic requirements of near seas defense and high seas protection, has been facilitating the transition of its tasks from defense on the near seas to protection missions on the high seas. It has commissioned China's indigenously built aircraft carriers, the Type 075 amphibious assault ships, and the Type 055 destroyers, extended training to the high seas, deployed the aircraft carrier task groups for their first high seas combat exercise in the West Pacific, organized naval parades in the South China Sea and the waters and airspace near Qingdao, capital of east China's Shandong Province, and conducted a series of live force-on-force exercises codenamed "Mobility" and systematic all-elements exercises.

The PLA Air Force, in line with the strategic requirements of integrating air and space capabilities as well as coordinating offensive and defensive operations, has been accelerating the transition of its tasks from territorial air defense to both offensive and defensive operations. It has commissioned J-20, J-16 and J-10C fighters, strengthened systematic and all-airspace training based on operational plans, conducted combat patrols in the South China Sea and security patrols in the East China Sea, operated in the West Pacific, and completed a series of regular system-vs.-system exercises such as "Red Sword." Its capabilities for strategic early warning, air strikes, air and missile defense, information countermeasures, airborne operations, strategic projection, and integrated support have been continuously improved. 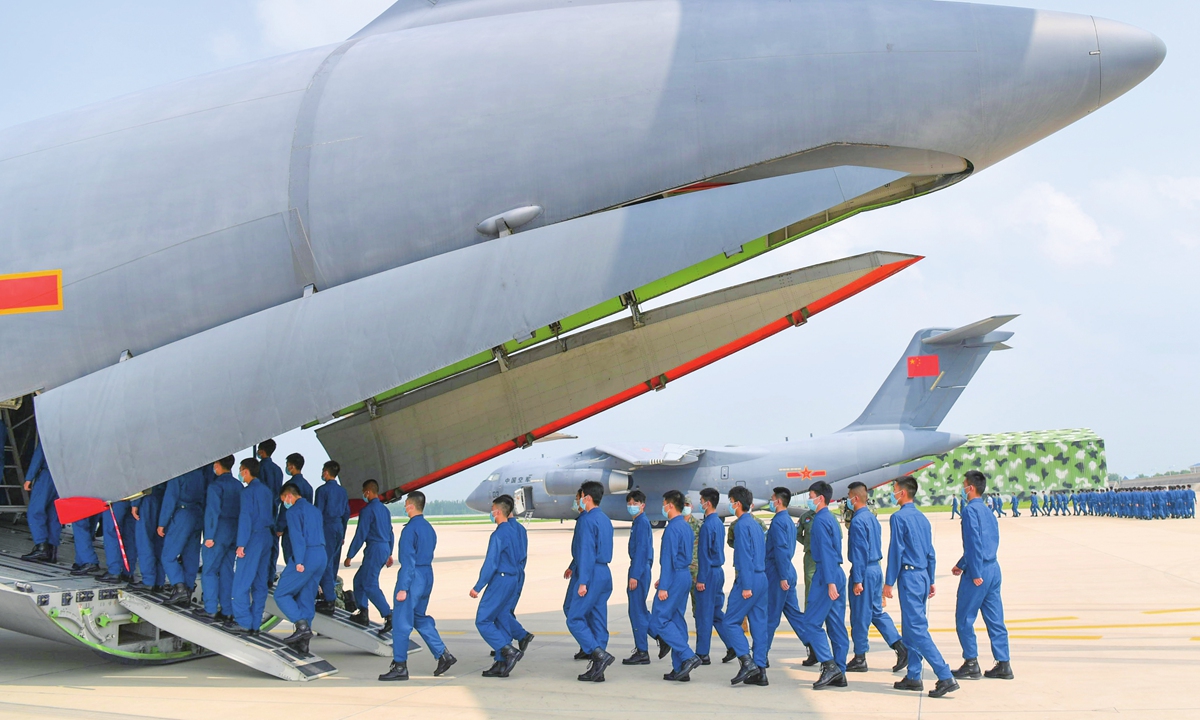 The PLA Rocket Force, in line with the strategic requirements of having both nuclear and conventional capabilities and deterring wars in all battlespaces, has been strengthening its intermediate and long-range precision strike forces. It has commissioned the DF-17 and DF-26 missiles, organized force-on-force evaluation-oriented training and training based on operational plans at brigade and regiment levels, strengthened training for joint strikes, and completed regular exercises such as "Heavenly Sword." Its credible and reliable capabilities of nuclear deterrence and counterattack, as well as its strategic counter-balance capability, have been continuously improved.

The PLA Strategic Support Force, in line with the strategic requirements of integrating existing systems and aligning civil and military endeavors, has been seeking to achieve major development strides in key areas and accelerate the integrated development of new-type combat forces. It has made active efforts to achieve joint operating systems, carried out confrontational training in new domains, and trained for emergencies and combat.

The PLA Joint Logistic Support Force, in line with the requirements of joint support for joint operations and joint training, will continue conducting exercises such as "Joint Logistics Mission 2018," accelerate its integration into the joint operations system, and enhance its capabilities of integrated joint logistics.