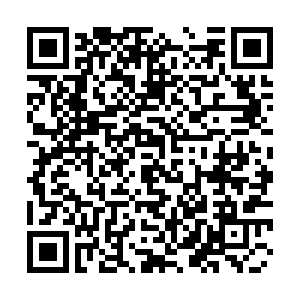 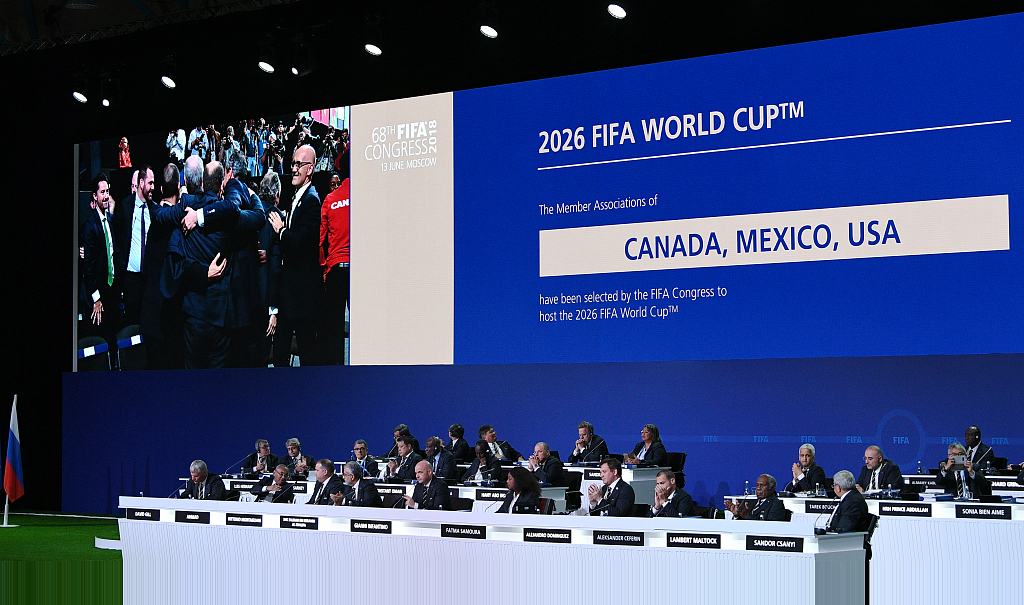 Representatives of selected countries react after the announcement of the vote during the 68th FIFA Congress in Moscow, Russia, June 13, 2018. /CFP

Representatives of selected countries react after the announcement of the vote during the 68th FIFA Congress in Moscow, Russia, June 13, 2018. /CFP

The Asian Football Confederation (AFC) has confirmed a new qualifying format to factor in its expanded number of direct entries for a 48-team World Cup in 2026.

The governing body for football in Asia issued a statement on Monday saying a four-round qualifying system has been designed in preparation for the eight direct spots and single intercontinental playoff slot allocated to the AFC following the expansion of the World Cup.

The AFC has explained the pathway to the FIFA World Cup 2026 that will take place between June 8 and July 3 in 16 cities in three countries: Canada, Mexico, and the United States.

Twenty-two teams, ranked 26 to 47, will be drawn to face off in a home and away format, where the 11 winners will progress to the Preliminary Joint Qualification Round 2.

36 teams – teams ranked from 1 to 25 as well as the 11 winners from the first round – will be divided into nine groups of four teams each, who will each compete in a round robin, home and away format, where the top two teams from each group – 18 in total – will advance to the AFC Asian Qualifiers.

Subsequently, the 18 teams, who also qualify automatically for the AFC Asian Cup 2027, will be divided into three groups of six teams each, competing in a round robin, home and away format, with the top two teams from each group – six in total – qualifying directly to the tournament.

The final round will consist of the third and fourth placed teams from all groups of the AFC Asian Qualifiers – six teams in total. The six teams will be drawn into two groups of three teams each, competing in a single round robin format.

(With input from AP and AFC)

Revealed: Which cities to host the first-ever 48-team World Cup in 2026?