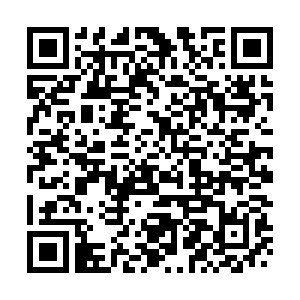 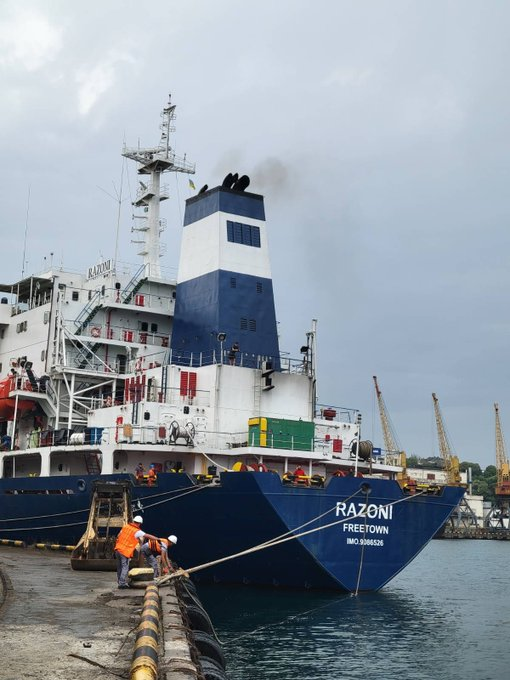 A photo of the Razoni, the first ship to leave Ukraine's Odesa Port with grain under the landmark deal brokered by Türkiye, tweeted by Ukrainian Minister of Infrastructure Oleksandr Kubrakov on August 1. / @OlKubrakov

A photo of the Razoni, the first ship to leave Ukraine's Odesa Port with grain under the landmark deal brokered by Türkiye, tweeted by Ukrainian Minister of Infrastructure Oleksandr Kubrakov on August 1. / @OlKubrakov

The first ship loaded with much-needed grain from Ukraine has left the Odesa Port for Lebanon under a landmark deal brokered by Türkiye, the Turkish Defense Ministry said on Monday.

Ukrainian Minister of Infrastructure Oleksandr Kubrakov confirmed the information on Twitter, saying, "Thanks to the support of all our partner countries &@UN, we were able to fully implement the Agreement signed in Istanbul. It's important for us to be one of the guarantors of food security."

The Sierra Leone-flagged ship Razoni set off from the Odesa Port for Lebanon with its cargo of over 26,000 tonnes of corn.

Turkish Defense Minister Hulusi Akar said the Razoni would anchor in the Bosphorus off Istanbul on Tuesday afternoon and would be inspected by a joint team of Russian, Ukrainian, United Nations and Turkish representatives.

"It will then continue as long as no problems arise," Akar said.

The Russia-Ukraine conflict has led to a worldwide food and energy crisis and the United Nations has warned of the risk of multiple famines this year.

Moscow has denied responsibility for the food crisis, blaming Western sanctions for slowing exports and Ukraine for mining the approaches to its ports.

Russia and Ukraine account for nearly a third of global wheat exports.

On July 22, representatives of Russia, Ukraine, Türkiye and the UN signed agreements on lifting restrictions on the supply of Russian products for export and the export of Ukrainian grain.

Kubrakov said more ships would follow. Unlocking the ports would provide at least $1 billion in foreign exchange revenue for Ukraine's economy and allow the agricultural sector to plan next year's sowing season, he said.