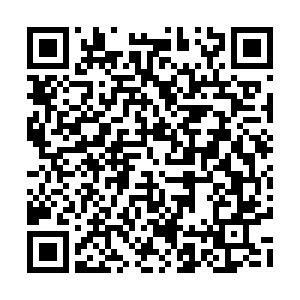 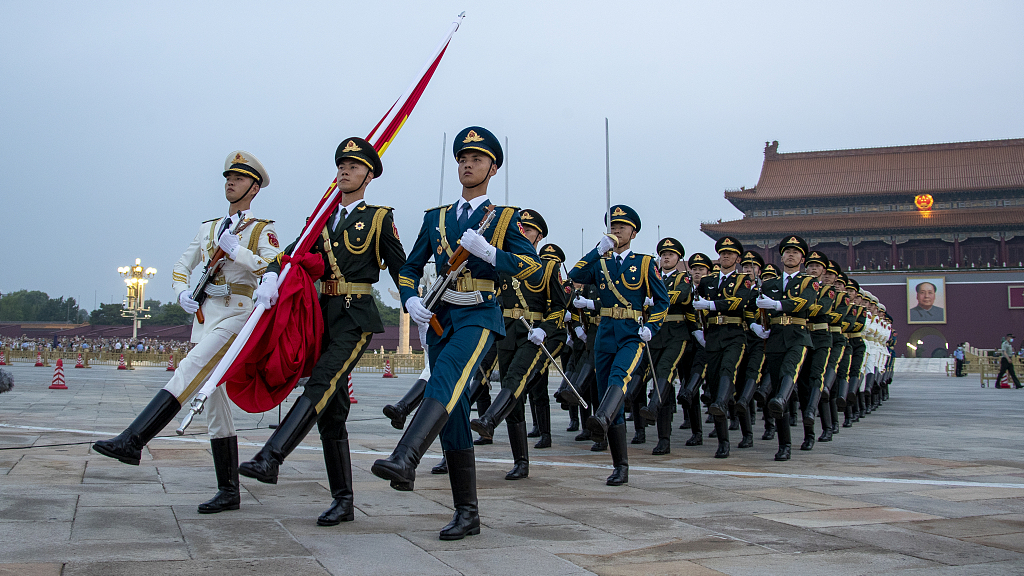 A flag-raising ceremony in celebration of the 95th anniversary of the founding of the People's Liberation Army (PLA) at Tiananmen Square, Beijing, China, August 1, 2022. /CFP

A flag-raising ceremony in celebration of the 95th anniversary of the founding of the People's Liberation Army (PLA) at Tiananmen Square, Beijing, China, August 1, 2022. /CFP

August 1, 2022 marks the 95th anniversary of the founding of People's Liberation Army (PLA). Chinese President Xi Jinping, also general secretary of the Communist Party of China (CPC) Central Committee and chairman of the Central Military Commission, joined by other senior leaders in both the Party and the state, attended a reception held at the Great Hall of the People on July 31 to celebrate the anniversary.

The PLA is the people's armed force founded by the CPC on August 1, 1927. Over the past 95 years, under the firm leadership of the CPC, this people's army has made tremendous contributions in realizing national independence, liberating the Chinese people, protecting national sovereignty, security and development interests, and making the country prosperous and strong.

After military modernization for decades, China is well on its way to becoming what President Xi envisioned a "world-class" military power, capable of "fighting and winning wars" by 2050.

China now owns the world's largest navy. Although the U.S. maintains a strong lead in many aspects of naval capabilities – with 11 aircraft carriers to China's three, more nuclear-powered submarines, cruisers and destroyers, China is quickly catching up. The Fujian, China's third aircraft carrier, was launched in Shanghai in June and is the most advanced warship ever built in China. Compared with its two predecessors – Liaoning (Type 001) and Shandong (Type 002), the Type 003 carrier Fujian is equipped with three electromagnetically-powered catapults, which accelerates aircraft taking off at speed and enables to launch a broader variety of aircraft.

Moreover, Chinese missiles have seen further progress. Shortly prior to the Army Day, the PLA unveiled new advancement made in weaponry and equipment including the hypersonic missile, amphibious assault ship, aerial tanker and large destroyers. On July 30, in a video titled "The capabilities of the Chinese troops shown in 81 seconds" released by China Central Television to celebrate the Army Day, the DF-17 missile was launched from a highway in a desert. Widely known as the "aircraft carrier killer," the hypersonic missile can be launched at any time and any place, making it very agile and highly mobile, therefore hard to intercept.

With the development of weaponry and equipment, PLA is an unremitting force to protect Chinese sovereignty and territorial integrity. In recent days, in view of the U.S. House Speaker Nancy Pelosi's potential visit to Taiwan in her Asia trip, President Xi reiterated China's official stance on Taiwan, especially with respect to the one-China principle pillared by the three Sino-U.S. joint communiques in his call with U.S. President Joe Biden on July 28.

President Xi struck a vital note to the U.S. counterpart that Beijing "never allows any room for any 'Taiwan independence' forces in whatever form" and that "resolutely safeguarding China's national sovereignty and territorial integrity is the firm will of the more than 1.4 billion Chinese people … The public opinion cannot be defied. Those who play with fire will perish by it."

To respond, an array of ministries and departments of China have issued stern warnings. Notably, spokespersons of the China's Ministry of National Defense had repeatedly stated that Pelosi's visit of Taiwan would seriously damage China's sovereignty and territorial integrity as well as the political basis for China-U.S. relations, leading to escalating tensions across the Taiwan Straits. And PLA will never tolerate "Taiwan independence" acts or any interference from outside forces. "Action is the most powerful language." These remarks indicated that China is determined to take any necessary military measure to counter U.S. provocations and the PLA is fully prepared for all responses if Pelosi recklessly insists on the proposed visit.

Should Pelosi visit Taiwan island, as several military experts suggested, there are some serious moves that the PLA could do: PLA's aircraft would have a legitimate and righteous reason to enter the airspace above Taiwan, the Chinese military could declare the air and maritime zones around Taiwan as restricted zones for military exercises, or the PLA Rocket Force could conduct drills with new missiles targeting any possible U.S. aircraft carriers or military vessels that may relate to Pelosi's visit.

It turns out that first, several large-scale live-fire military drills were conducted on July 30, including one in waters off Pingtan of Fuzhou, southeast China's Fujian Province, 125 km away from Taiwan. Second, the live-fire launch of much-awaited DF-17 hypersonic missile was revealed for the first time. Third, YU-20 aerial tanker has started to join combat readiness training and the PLA Air Force has flown multiple types of warplanes around Taiwan. It is palpable that when it comes to the national sovereignty and territorial integrity, the Chinese government and the PLA responded firmly with both words and actions. 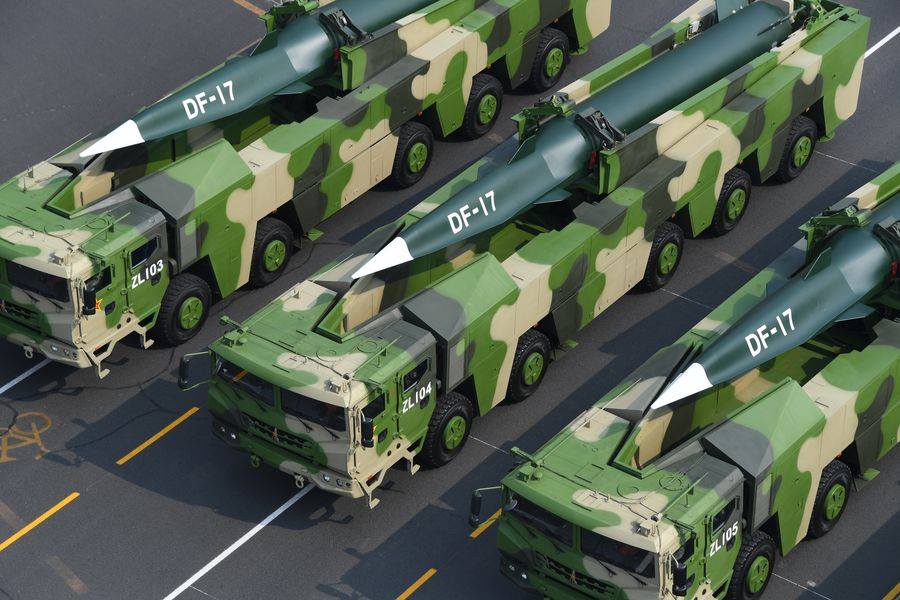 At the ceremony marking the 90th founding anniversary of PLA in 2017, President Xi emphasized that "the Party commands the gun" is a basic guarantee to ensure this people's army maintains its essential nature and aim. Five years later, President Xi brought up a new requirement of implementing the Party's absolute leadership over the military in the whole process of personnel work, at a group study session of the Political Bureau of CPC Central Committee on July 28 on further strengthening the military by competent personnel in the new era.

Furthermore, facing the mounting instability and uncertainty in national security amid a new period of turbulence and transformation, President Xi called for ramping up efforts to comprehensively upgrade military personnel training to enhance their senses of responsibility, mission and urgency. Xi also urged for the modernization of high-tech for all military talents, advancing their ability of recognition, innovation, and implementation, to reach PLA centenary goals.

With the combination of advanced equipment and well-cultivated personnel, we rest assured that the stronger PLA will not only provide staunch support to the great rejuvenation of the Chinese nation, but also to the global development and world peace.