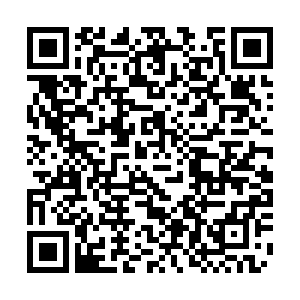 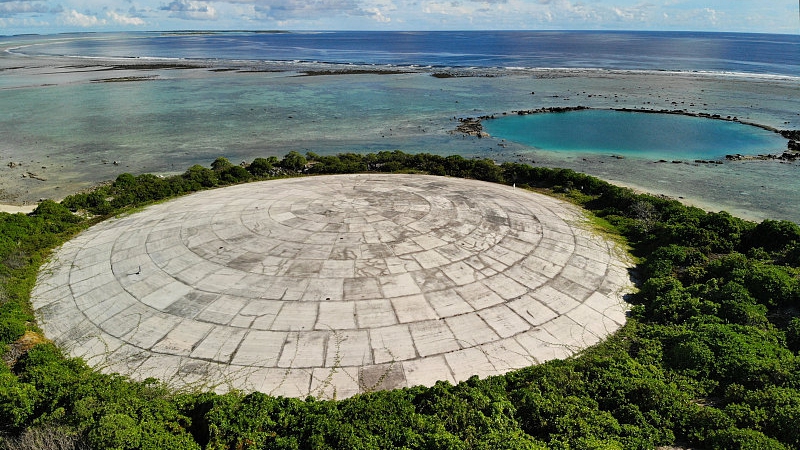 The U.S. Department of Energy has disclosed high levels of radiation in giant clams in a lagoon near the Runit Dome, Runit Island, Marshall Islands, May 27, 2019. /CFP

The U.S. Department of Energy has disclosed high levels of radiation in giant clams in a lagoon near the Runit Dome, Runit Island, Marshall Islands, May 27, 2019. /CFP

One of such links between the U.S. and the Pacific Islands might not be as glorious as what Harris described. From 1946 to 1958, the U.S. conducted 67 nuclear tests in the Marshall Islands, a Pacific nation far away from U.S. homeland. The tests, as powerful as 7,000 Hiroshima bombs, brought longstanding impacts to the Marshallese: relocated residents, contaminated environment and resulting diseases, and worries about more concealed programs by the U.S.

Bikini Atoll, located in northwest Marshall Islands, was the main nuclear test site. It is among the four atolls most gravely affected by the tests, together with the neighboring Rongelap, Enewetak and Utirik. Though the U.S. government evacuated residents of Bikini in advance, it later turned out that this was not enough, as the radioactive fallout spread extensively.

Residents in Rongelap and Utirik, not warned of the tests, were directly exposed to radiation, which gave them alopecia, skin lesions, leukemia and cancers. It was estimated that Marshallese female population had a 60 times greater cervical cancer mortality than a comparable population in the U.S., all thanks to nuclear radiation.

Not just local residents, sailors on ships passing by the region at the moment of nuclear detonations were also victimized. Daigo Fukuryu Maru, a Japanese ship, passed through waters 60 miles away from a nuclear test in the Marshall Islands in 1954, and 16 crew members of the ship died of organ malfunction, cancer or other causes within months after receiving radiation.

Nuclear tests, which became a haunting nightmare for the Marshallese, brought irreversible environmental damage as well, warned by United Nations Special Rapporteur Calin Gerogescu in 2012. In an article published on the website of Scientific American this year, scholars from Columbia University also pointed out that considerable contamination remains in the most gravely affected atolls, and severe damages have been made to coral reefs and underwater ecosystems of those atolls. 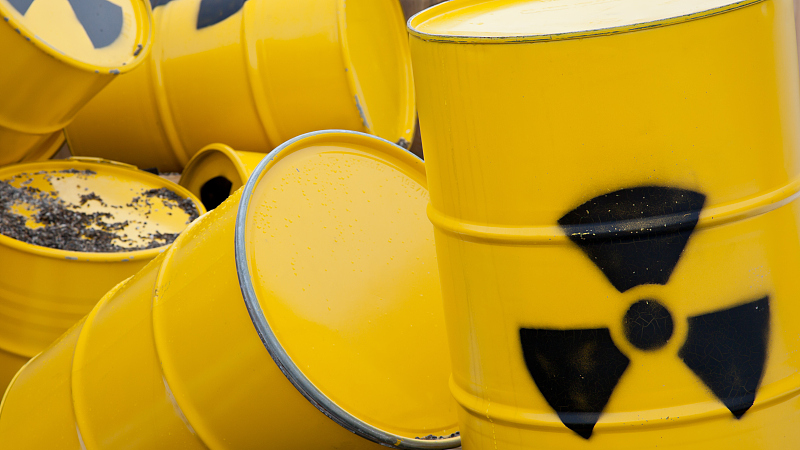 Bikini and Rongelap are still not inhabitable for humans. Gamma radiation on Bikini is twice the maximum value stipulated in an agreement between the Marshall Islands and the U.S., effectively eliminating any prospect of Bikini residents returning home in the near future.

The most terrifying part in the Marshallese nuclear tests aftermath was that there were more dangerous secret programs concealed by the U.S. According to a report from the Los Angeles Times, American "gifts" to the Marshall Islands also include multiple biological weapon tests and dumping of more than 100 tons of contaminated soil of Nevada nuclear testing site. Besides, the U.S. government refuses to recognize the presence of strontium 90, a dangerous nuclear isotope, in the island nation.

Unfortunately, the U.S. has done little to address its "legacy" in the Marshall Islands. According to reports by the Los Angeles Times, the U.S. government refused to help Marshallese clean nuclear waste in Runit Dome, simply arguing that the Dome is Marshallese territory.

Scholars from Columbia University called on the U.S. government to admit that what it has done to the Marshall Islands is "a matter of human rights and environmental justice." If the U.S. truly meant it when Vice President Harris claimed "enduring commitment to the Pacific Islands," then it should start by dealing with its historical crimes and return long-awaited justice to the Marshallese people.