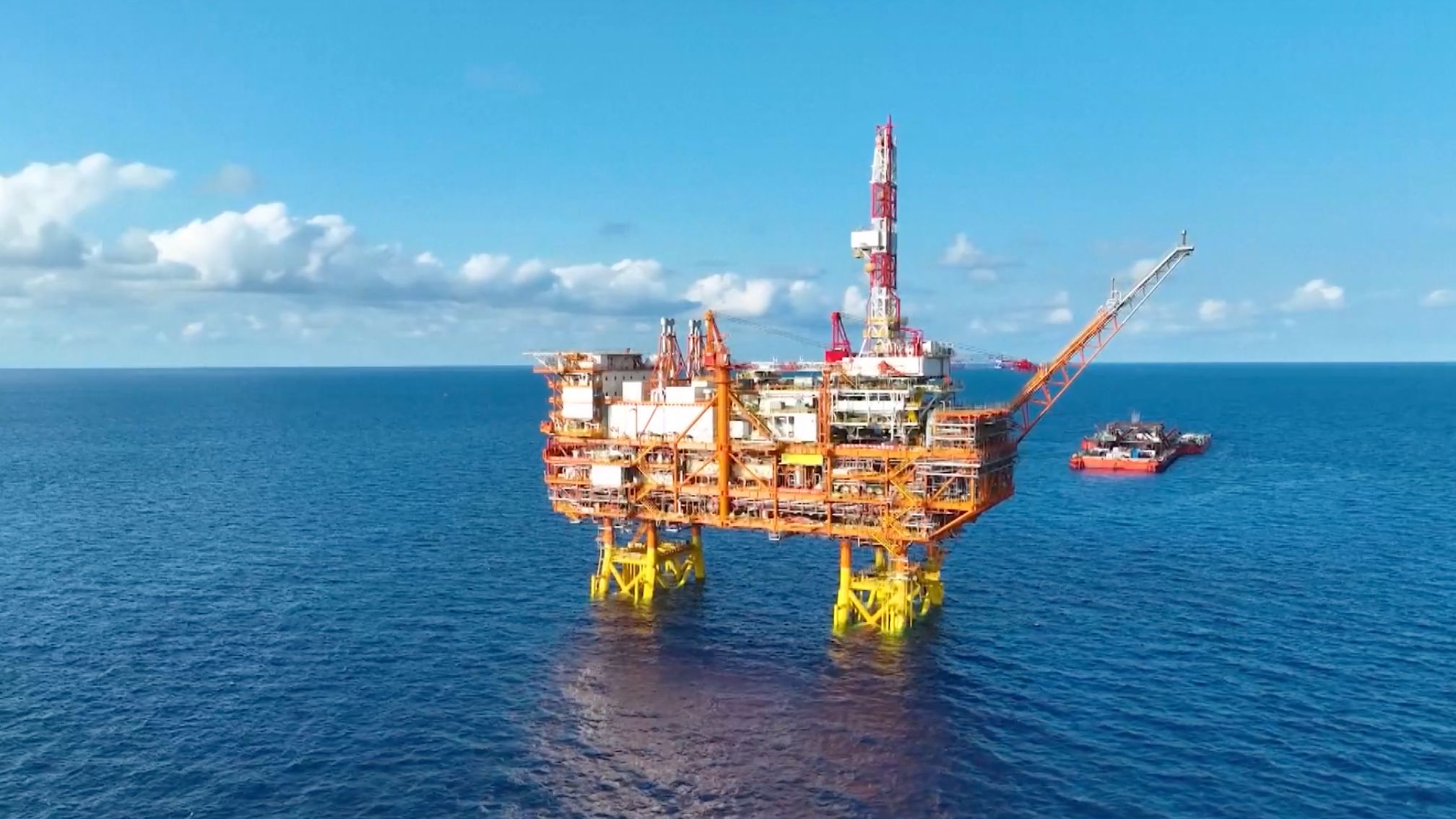 The Enping 15-1 platform, about 160 meters tall and weighing over 30,000 tonnes, is by far the heaviest and most equipped oil platform in Asia. The completion of the floatover installation signified that China's design, construction and installation capabilities of super large offshore oil and gas production facilities had reached advanced international standards, the CNOOC said.

The company sent in Asia's largest engineering barge to complete the installation, a method utilizing ocean tides that was chosen because the topside components of the platform exceeded the maximum capacity of existing offshore floating cranes.

After careful planning, detailed calculations, and step-by-step rehearsals, the project team successfully aligned the nearly 20,000-tonne topside with the 101-meter-tall jackets with precision in the rough sea.

Enping 15-1 is a major offshore facility ensuring the operation of the Enping oilfield cluster, which will include four offshore drilling platforms to jointly develop six new oilfields.

Peak daily oil output will reach around 5,000 tonnes during the second half of this year when the project is put into operation and is expected to inject further momentum into the economic development of the Guangdong-Hong Kong-Macao Greater Bay Area while further ensuring the country's energy security, the company said.