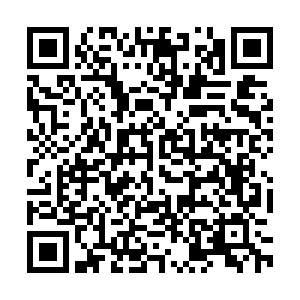 The Democratic Progressive Party (DPP)'s pursuit of "Taiwan independence" and its collusion with the U.S. betrays national interests and will only push Taiwan into the abyss and bring disaster to Taiwan compatriots, according to the Taiwan Work Office of the Central Committee of the Communist Party of China on Tuesday following U.S. House of Representatives Speaker Nancy Pelosi's arrival in China's Taiwan region.

The following is the full text of the statement:

U.S. House Speaker Nancy Pelosi visited China's Taiwan region on Tuesday, marking an escalation in the collusion between the United States and Taiwan. The move is of egregious nature and has serious consequences. It gravely infringes on China's sovereignty and territorial integrity, severely violates the one-China principle and the three China-U.S. joint communiques, seriously tramples on international law and the basic norms governing international relations, breaks the serious political commitment the United States has made to China, and sends a seriously wrong signal to forces seeking "Taiwan independence." We firmly oppose the move and express our strong condemnation and protest.

There is only one China in the world and Taiwan is part of China. The one-China principle is a widely recognized norm of international relations and a consensus accepted by the international community. The Taiwan question is a matter of China's internal affairs and allows no external interference. For some time, the U.S. government has repeated wrong acts and remarks regarding the Taiwan question, continued to upgrade the levels of official exchanges with Taiwan, intensified their military collusion, and continued arms sales to Taiwan to support Taiwan's attempt to "resist reunification by the use of force." The U.S. Congress has repeatedly made false remarks on Taiwan, put forward, deliberated and passed multiple negative bills regarding Taiwan. Such U.S. moves attempt to distort and hollow out the one-China principle, play "the Taiwan card," "contain China with Taiwan," and obstruct China's complete reunification and the rejuvenation of the Chinese nation. The current U.S. administration has not fixed the grave mistakes made by the previous administration. Instead, it has moved further to get allies on board and gang up with them to play "the Taiwan card," flagrantly attack the United Nations General Assembly Resolution 2758, and spread the erroneous "uncertain status of Taiwan" theory in an attempt to internationalize the Taiwan question.

The separatist attempt seeking "Taiwan independence" is the biggest obstacle to the reunification of the motherland, and a serious potential danger to China's national rejuvenation. The Democratic Progressive Party (DPP) authorities have entrenched themselves in the erroneous position of "Taiwan independence," served as a tool for anti-China forces in the United States to contain China, and become even more utterly brazen in the provocative attempt to seek "independence." This is a total misjudgment and miscalculation of the situation. Out of their selfish motives, the DPP authorities have been headstrong in challenging the one-China principle, refused to recognize the 1992 Consensus, ignited cross-Strait confrontation, and clung to U.S. support to seek "independence." The DPP authorities' separatist actions and collusion with the United States which betrays China's national interests, will only plunge Taiwan into the abyss of disaster, and bring great suffering to Taiwan compatriots.

The reunification of the motherland and the rejuvenation of the Chinese nation have become a historical inevitability. China must be and will surely be reunified. This will not change regardless of the will of some die-hard anti-China forces from the U.S. side or the illusion of separatist forces seeking "Taiwan independence." The time and tide of achieving the reunification of the motherland have always been held firmly in our hands. The fact that Taiwan is part of China will not be changed no matter what actions are taken by the anti-China forces in the United States and by the DPP authorities. The historical process of China's reunification will not be stopped no matter how Nancy Pelosi and her likes attempt to "contain China by supporting Taiwan."

We urge the U.S. side to stay clear-eyed about the historical ins and outs of the Taiwan question, recognize the fact and the status quo that both sides of the Taiwan Strait belong to one and the same China, strictly abide by the one-China principle with concrete actions, implement the three China-U.S. joint communiques, and refrain from sliding further down the wrong path. We urge the DPP authorities to completely give up the separatist schemes seeking "Taiwan independence," stop going further down on the doomed path of "Taiwan independence" to the point of no return. Any activity seeking "Taiwan independence" will be smashed by the mighty anti-secession and pro-reunification forces of the Chinese people.