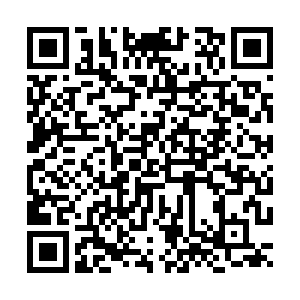 It said the visit also damaged the political foundations of China-U.S. relations and undermined China-U.S. ties, and urged the U.S. to cut all forms of official contacts with Taiwan as promised.

Here is the full text:

On August 2, U.S. House of Representatives Speaker Nancy Pelosi visited China's Taiwan region despite China's firm opposition. This action represents a serious violation of the one-China principle and the three China-U.S. joint communiques. It also severely violates the basic principles of international relations, and greatly damages the political foundation between China and the U.S. as well as bilateral relations. In addition, it represents a serious political provocation and the National Committee of the Chinese People's Political Consultative Conference (CPPCC) firmly opposes and strongly condemns this action.

There is only one China in the world and Taiwan is an inseparable part of its territory, while the government of the People's Republic of China is the sole legal government representing the whole of China. The Taiwan question is China's internal affair. We firmly oppose any schemes and actions aimed at splitting China, and we are resolutely against any external forces that interfere with China's peaceful reunification process. We will never allow any country to intervene in the Taiwan question in any shape or form. China must and will achieve national unity. This is an unstoppable historical trend. No one should underestimate China's strong resolution, firm will and great capability in safeguarding its national sovereignty and territorial integrity.

The Taiwan question is one of the most critical and sensitive core questions in China-U.S. relations. This U.S. administration has repeatedly promised to uphold the one-China policy and stop supporting "Taiwan independence." However, its recent actions and statements have been the opposite of these promises. We urge the U.S. to keep its promises, stop any official exchanges with China's Taiwan region, stop interfering in China's internal affairs, stop sending any wrong signal to "Taiwan independence" forces, and stop treading down this treacherous path any further. Any wrongful attempt to reverse history, make a problem out of Taiwan, or endanger China's sovereignty and territorial integrity is doomed to fail and a price will be paid.