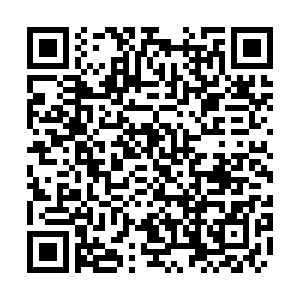 The Taiwan question concerns China's sovereignty and territorial integrity and there's no room for China to compromise or make concessions, said a spokesperson for China's top legislature on Tuesday.

The spokesperson for the Standing Committee of the National People's Congress made the remark in protest of U.S. House of Representatives Speaker Nancy Pelosi's visit to China's Taiwan region.

Any attempts to obstruct China's complete reunification and great national rejuvenation are doomed to fail, the spokesperson said.

Here is the full text of the statement:

There is only one China in the world, and Taiwan is an inalienable part of China's territory. The Government of the People's Republic of China is the sole legal government representing the whole of China. The one-China principle is the premise for the establishment of diplomatic relations between China and the United States, and is also the political foundation of China-U.S. relations. The United States has made solemn commitment to China on the Taiwan question, but in real action, it has constantly upgraded substantive relations and official exchanges with Taiwan, emboldened and supported "Taiwan independence" separatist forces, attempted to use Taiwan to contain China, and severely undermined the peace and stability across the Taiwan Strait. The Chinese government and the Chinese people have taken and will continue to take resolute and forceful measures to firmly safeguard China's sovereignty, security and development interests.

The Taiwan question bears on China's sovereignty and territorial integrity. For China, there is zero room for compromise and not an inch to give. The Anti-Secession Law has made clear stipulations on major issues including upholding the one-China principle, deterring separatist moves toward "Taiwan independence" and opposing interference in the Taiwan question by external forces. The stance of the Chinese government and the Chinese people on the Taiwan question has been consistent. It is the firm will of over 1.4 billion Chinese people to resolutely safeguard China's national sovereignty and territorial integrity. Any attempt to obstruct China's complete reunification and great national rejuvenation is doomed to fail.