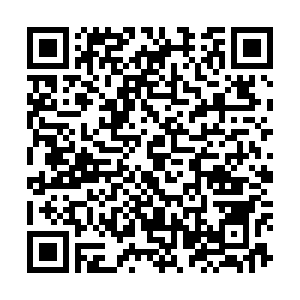 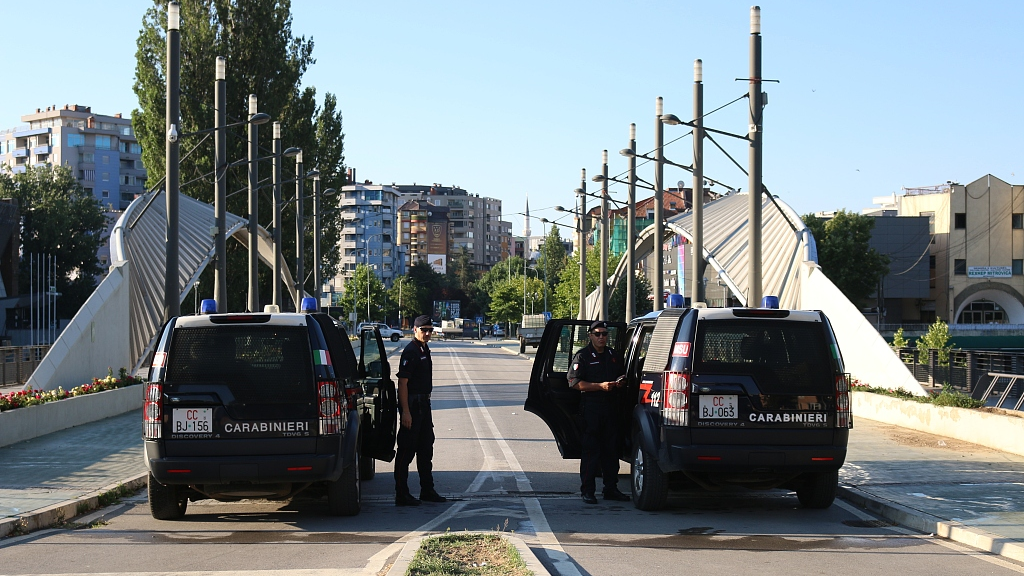 Members of Kosovo Force (KFOR) take measures at a checkpoint after Kosovo decided to postpone the implementation of a new law set to come into effect on August 1 making it mandatory for everyone, including Serbs living in Kosovo, to have a Kosovo ID card and license plate in Mitrovica, Kosovo, August 01, 2022. /CFP

Members of Kosovo Force (KFOR) take measures at a checkpoint after Kosovo decided to postpone the implementation of a new law set to come into effect on August 1 making it mandatory for everyone, including Serbs living in Kosovo, to have a Kosovo ID card and license plate in Mitrovica, Kosovo, August 01, 2022. /CFP

Serbia's Autonomous Province of Kosovo & Metohija (Kosovo for short), which has been occupied by NATO forces since 1999 and has unilaterally declared independence in 2008, has engaged in very dangerous brinkmanship with the central government of Belgrade on Sunday. Its self-proclaimed authorities in the regional capital of Pristina has planned to force the native Serbian minority there to use their partially recognized entity's licenses and other documents but suddenly delayed implementation till September.

The run-up prior to their latest decision was marked by lots of rumors about impending unrest, with the Serbs fearing clashes that they were worried might result in ethnically cleansing the rest of them from their historical lands. Serbian President Aleksandar Vučić vowed to protect his people there and promised never to surrender, while the partially recognized Albanian Prime Minister Edi Rama claimed that the Serbs had nothing to fear from what he insisted was a purely administrative move.

Russia warned the West against meddling in this explosive region, and many commentators from that country drew close parallels between Kosovo and Ukraine. According to them, just like U.S.-led NATO crossed Russia's national security red lines in Ukraine and thus prompted Moscow to militarily intervene in order to defend its integrity, so too was it plotting to do the same in Kosovo vis-à-vis Serbia. The purpose, they speculated, was to provoke chaos that they can weaponize to advance their interests.

This analytical interpretation of events is valid. U.S. unipolar hegemony is rapidly declining, having inadvertently been accelerated by the consequences of the Ukrainian conflict that Washington provoked. The vast majority of the international community refused to jump on America's anti-Russian bandwagon and has thus far declined to sanction Moscow. The EU's counterproductive compliance with U.S. demands to unilaterally reduce energy imports from Russia has caused an economic crisis there.

It follows that the U.S. has an interest in provoking another security crisis in Europe for several reasons. First, the weakening unity over Ukraine might be overcome by galvanizing the West over Kosovo. Second, American perception managers have already attempted to spin the false information warfare narrative that Kosovo's partially recognized authorities supposedly have the same right to remove so-called "separatists" from the mostly Serbian-inhabited north as Ukraine does when it comes to the Donbas region. 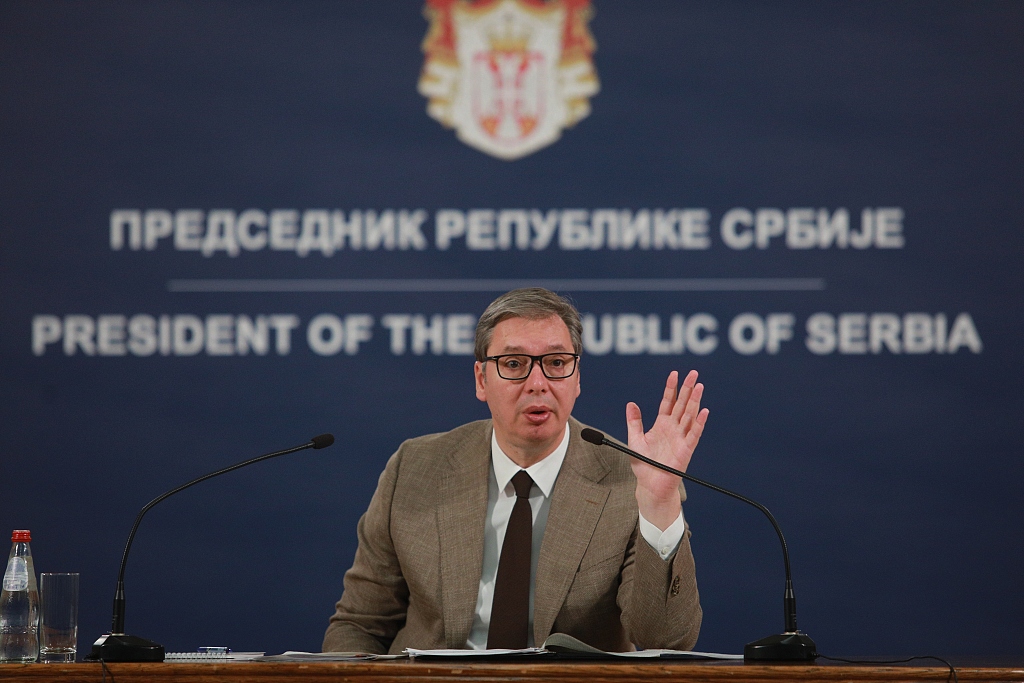 Third, NATO already openly occupies the Serbian Autonomous Province of Kosovo and Metohija unlike the state of affairs in Ukraine prior to Russia's special military operation there, which makes it comparatively easier for them to support their local proxies. Fourth, Serbia and its people are considered historically close to Russia and overwhelmingly support its special military operation in Ukraine, so it's not difficult for the mainstream media to misportray them as so-called "bad guys" to the Western public.

And fifth, Kyiv's military losses during the summer ha shattered the earlier information warfare narrative that they were winning, so it's incumbent on the West to artificially manufacture the optics – however misleading or false – of a Western military victory somewhere in order to improve Western morale. Therein lies the supreme danger of what was just about to take place in Serbia's separatist region since all the pieces are already in place for a major crisis so long as the West has the political will to provoke it.

At the same time, however, there are several arguments against going through with this scenario, that in hindsight seem to have influenced the West to order their proxies in Pristina to delay their political provocation for another month. Western unity over Ukraine has already weakened and there's no guarantee that it will strengthen – even temporarily – over Kosovo, a decades-long cause that has already fatigued many and no longer serves to inspire the public or decision makers like before.

Moreover, the Serbian military – while no match for NATO – is still considered capable of holding its own and inflicting unacceptable losses on the separatists. Any military setbacks for the West's proxy in this prospective scenario would be self-defeating for the U.S. in the cause of reunifying the West around its declining hegemony. And the West claims to always support the so-called "morally right cause," yet there is compelling evidence that their side has committed ethnic cleansing against Serbs in the past.

This observation counters the soft power dimension of any conflict that the U.S. might be seeking to provoke, especially if indisputable evidence emerges that the separatists are once again slaughtering Serbs with full Western support.

Besides, populist movements are rising across the EU in response to the bloc's self-inflicted economic crisis caused by its compliance with Washington's anti-Russian sanctions, and many people don't support the West backing Muslim separatists against Christian locals.

That brings the analysis around to the final argument about why Kosovo's self-proclaimed authorities unexpectedly delayed their provocation against the indigenous Serbian minority:  their Western patrons might have realized that it could trigger unrest throughout the EU for the aforementioned populist reason connected to the so-called "clash of civilizations." No matter what one may think of this concept, it's a potent mobilizing force across the West nowadays.

Looking forward, it remains to be seen whether Kosovo will go through with its delayed decision or not. There are too many variables influencing the scenario behind the scenes to make an accurate prediction about what will happen. Nevertheless, there's no doubt that the strategic dynamics are uncannily similar to the Ukrainian scenario, exactly as Russian commentators have noted. This conclusion suggests that Washington's policy of weaponized chaos will continue as the U.S. remains desperate to cling to its declining hegemony.