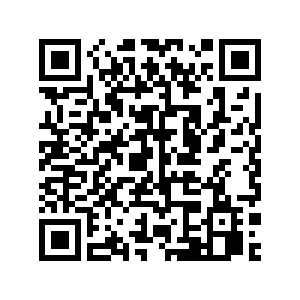 The inflation rate in the U.S. has gone up to 9.1 percent, setting a record high for the past 40 years. /CFP

The inflation rate in the U.S. has gone up to 9.1 percent, setting a record high for the past 40 years. /CFP

Editor's note: Liu Zhiqin is a senior researcher at Chongyang Institute for Financial Studies, Renmin University of China. The views expressed in the article are the author's personal views and does not represent that of CGTN.

The United States is a "professional tanking staff" to the world. It has provided fuel for two battle fronts: one is the Ukraine crisis, the other is the "inflation crisis". Both fronts have been triggered with fiery fuel injected by the U.S. government and the Federal Reserve.

The inflation rate in the U.S. has gone up to 9.1 percent, setting a record high for the past 40 years. In order to cool the market temperature, the U.S. Fed, America's central bank, has found no other way to save its economy but by raising its prime interest rate by 75 basic points, even though it has already increased its interest rate by 25 and 50 basic points respectively within 2022.

Shortly after the announcement of another rate increase, the world's capital and stock markets showed strong reaction. All of the major internet super giants including Apple, Google and Amazon saw the value of their shares rose between 10 and 20 percent.

But unfortunately the inflation rate does not want to "cooperate" with the Fed's moves, it continues to remain higher.

Now the question for us is: Since the interest rate hike does not seem to help curtain inflation, why does the U.S. Fed insist on the increases? It seems that the move has only the negative impact of boosting higher inflation.

I have to say to the U.S. Fed that increasing the interest rate is not as effective as the vaccine against the COVID-19. On the contrary, it might cause more harm than good to the health of the U.S. economy.

Who are the main beneficiaries of the Fed's move? The major players in the stock market that dominate and monopolize the supply chains in various industries have become richer than ever. It would be very interesting to know more behind the story details. The Fed is a loyal servant of the American rich companies, not the public or ordinary people.

The Fed's move may attract more U.S. capital from overseas markets flowing back to its home but mainly absorbed by those targeted big monopolize giants. Some even went into the boxes of military-industrial groups while only few drops went into the real economy as retailers, small manufacturers. Due to the higher interest rates, private and small businesses are out of the credit and loan market. They are the main victims and suffer from the inflation and higher interest rates.

The U.S. economy is now under two pressures: one is high inflation and the second is the interest rate hike. Life there is becoming more difficult.

Actually there is an easy way for the U.S. to get rid of the pressure: by having close cooperation with China as before during the time of globalization.

The fact is very interesting to know: Whenever the U.S. has good cooperation with China, the American economy is always healthy and stable with lower inflation rates.

This fact is very convincing and persuasive for all: In some ways, cooperating with China is the best, easiest and most effective way for America to solve its problems. It is the best "vaccine" against inflation and economic recession.