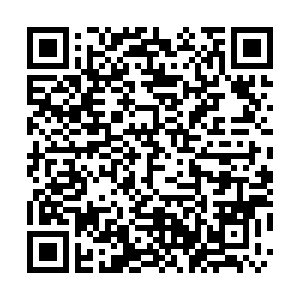 A spokesperson for the Taiwan Work Office of the Communist Party of China (CPC) Central Committee on Wednesday made remarks on punishing diehard "Taiwan independence" elements in accordance with the law. The following is the full text of the remarks:

The secessionist attempt to seek "Taiwan independence" is the biggest obstacle to the reunification of the motherland, and a serious potential danger to China's national rejuvenation. A handful of diehard "Taiwan independence" elements have recklessly carried out secessionist activities, served as pawns for external anti-China forces, and gone to great lengths to create the false impressions of "two Chinas," "one China, one Taiwan" or "Taiwan independence." Their secessionist acts and remarks are flagrant provocations against China's national sovereignty, territorial integrity, and the sanctity of China's law. They have also severely jeopardized the peace and stability across the Taiwan Straits, and seriously undermined the common interests of the compatriots on both sides of the Straits and the fundamental interests of the Chinese nation. Such acts and remarks must be severely punished in accordance with the law.

There exists a clear legal basis for China to hold the diehard elements seeking "Taiwan independence" criminally accountable. The Constitution explicitly stipulates that Taiwan is part of the sacred territory of the People's Republic of China. According to the Anti-Secession Law and the National Security Law, China's sovereignty and territorial integrity brook no division. Safeguarding China's national sovereignty, unity and territorial integrity is the common obligation of all Chinese people, including Taiwan compatriots. Any individual or organization that fails to fulfill statutory duties or engages in activities jeopardizing national security shall be investigated for legal responsibility in accordance with the law. Under the Criminal Law, those who organize, plot or carry out the scheme of splitting the country or undermining the unity of the country shall be convicted and punished for secession. Whoever incites others to split the country or undermine the unity of the country shall be convicted and punished for inciting secession. Whoever commits the crimes mentioned above in collusion with foreign agencies, organizations or individuals shall be subject to a heavier punishment in accordance with the law.

Anyone who breaks the law will be brought to book. We will take criminal punishment measures against those diehard "Taiwan independence" elements who deliberately challenge the law, punish them strictly in accordance with the law, and hold them accountable throughout their lifetime. No individual or force should underestimate our strong resolve, will and ability to defend our national sovereignty and territorial integrity.

(Cover image: The Port of Keelung in the north of Taiwan. /CFP)