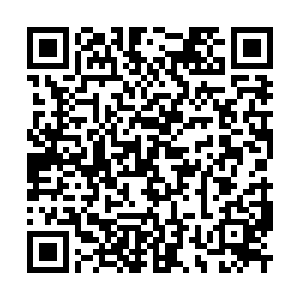 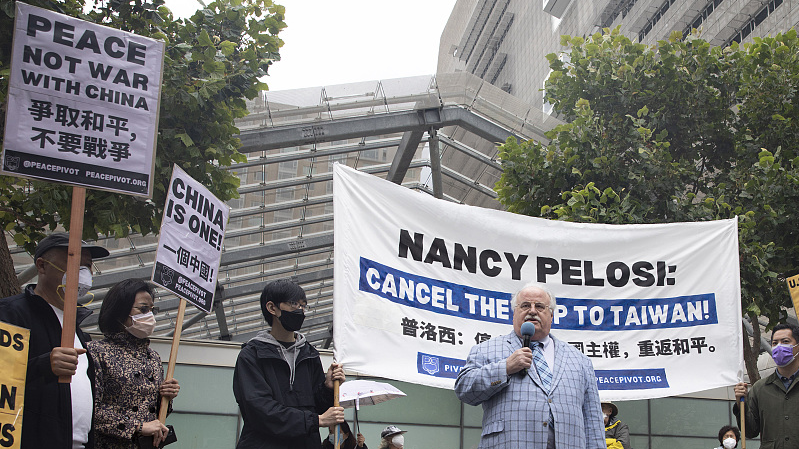 Activists from Pivot to Peace, ANSWER Coalition, CODEPINK, Veterans for Peace and leaders of the Chinese community in San Francisco hold a demonstration in front of U.S. House Speaker Nancy Pelosi's office at the San Francisco Federal Building on Monday. /CFP

Activists from Pivot to Peace, ANSWER Coalition, CODEPINK, Veterans for Peace and leaders of the Chinese community in San Francisco hold a demonstration in front of U.S. House Speaker Nancy Pelosi's office at the San Francisco Federal Building on Monday. /CFP

"The U.S. government is convinced that the only way it can achieve its security is by being the dominant power in every region of the world. This is precisely what the country's recent National Defense Strategy says when it talks about maintaining favorable balances of power in the Western Hemisphere, Europe, the Middle East and the so-called Indo-Pacific," said Professor David Mauricio Castrillón Kerrigan of the Centre for Research and Special Projects of the University Externado of Colombia.

"We have seen this attitude before, precisely in the paternalistic way in which past U.S. governments have interacted with Latin American and Caribbean countries, in some cases carrying out invasions and bringing about changes of government. It seems that today the U.S. wants to take these practices to all corners of the world," Kerrigan told CGTN.

Jorge Elbaum, a professor at the University of Buenos Aires, holds similar ideas.

"The U.S. resists honest, balanced and horizontal relations with other countries in the world. It seeks to continue the unilateralism that was intended in the 1990s. And reality is showing that this cannot continue to be the case," said Elbaum.

"It is getting involved in China's internal affairs with regard to one of its territories, Taiwan," Elbaum told CGTN.

He said that the U.S. has already been involved in a process of weakening the Chinese economy for half a century through economic, financial, technological and scientific sanctions.

"Countries that have suffered colonial situations and continue to suffer them in neo-colonial terms should be in solidarity with those countries such as China, which are being attacked by the imperial logic of the U.S.," Elbaum said.

Kerrigan said the Democratic Party's dark electoral landscape in November motivated Pelosi's suggestion to visit Taiwan. It's likely that "they will lose control of the House of Representatives, which Pelosi currently leads, and even lose control of the Senate."

"Sadly, this appears to be an electoral strategy, which in the long run will not benefit the party, let alone the country and overall stability," Kerrigan noted.

After two consecutive quarters of economic contraction, the U.S. economy is currently in recession, and the debt is growing steadily.

"Instead of interfering in the affairs of others, it would be responsible for the Biden administration to take care of its domestic affairs first," said Kerrigan.