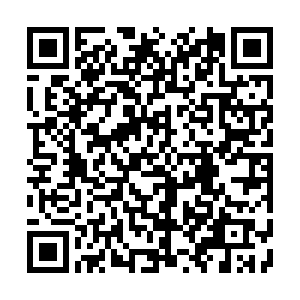 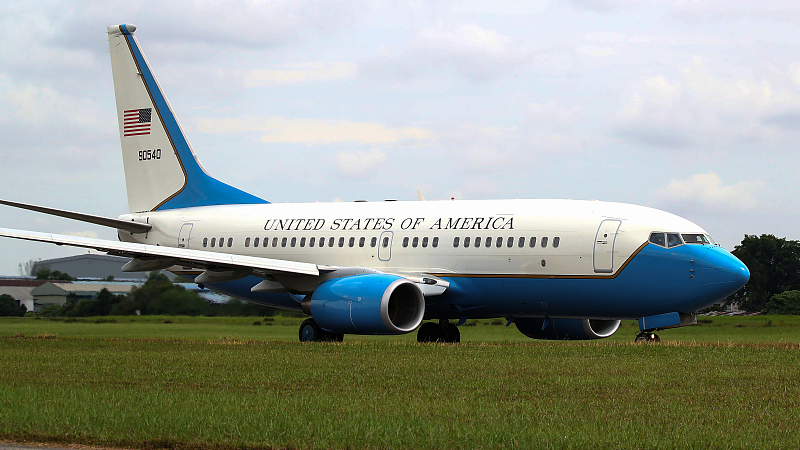 Editor's note: Qian Feng is the director of the Research Department at the National Strategic Institute, Tsinghua University. The article reflects the author's opinions and not necessarily those of CGTN.

On August 2, Speaker of the U.S. House of Representatives Nancy Pelosi visited China's Taiwan region in disregard of China's strong opposition. It has drawn rapt attention of the international community and strong indignation from China.

No matter how the U.S. explained, the visit seriously crosses China's "red line" on the Taiwan question. In the face of the U.S. provocation, the Chinese Foreign Ministry, the Defense Ministry and other departments immediately spoke out after Pelosi landed at the airport in Taipei, severely condemning it and firmly opposing it.

The Chinese People's Liberation Army has also announced that it will be ordered to carry out a series of major military exercises and training activities around Taiwan Island, covering the northern, southwest and southeast waters and airspace, which includes long-range firing in the Taiwan Strait and missile fire tests in the eastern waters of Taiwan Island.

It is a strong deterrent to the major escalation of the negative U.S. actions on the Taiwan question and a serious warning to Taiwan independence forces.

For a time, the situation across the Taiwan Strait is becoming grim, and China-U.S. relations and the world will enter a new round of turbulence. And the sources of all these changes are Pelosi's dangerous, reckless and provocative actions.

Pelosi has served in the U.S. Congress for several decades. Her long career shows that she is used to political acting, to making trouble without taking responsibility, and to measuring a thing from whether she can gain political benefits. For her, the visit is a theater to defend so-called democracy and freedom, fight for party electoral interests, and act tough against China.

Former U.S. Secretary of State Henry Kissinger has rolled out his new book, "Leadership: Six Studies in World Strategy." Its central theme is geopolitics and power relations. In the book, he criticizes the lack of sense of mission and direction among Western leaders today.

In his view, the basic bottom line for the generation of international politicians of former French President Charles de Gaulle, former UK Prime Minister Margaret Thatcher and former Prime Minister of Singapore Lee Kuan Yew is that if the test could trigger a big war, they will abandon their ideas, which is the way to maintain fundamental global stability.

But the current reality tells the world that contemporary American politicians such as Pelosi have no bottom line. They only care about the political personal gains they can gather immediately, without considering the possible serious consequences of their rash actions. Behind the degeneration of these politicians' way of thinking, is the disorder and distortion of American politics.

On the one hand, after the end of the Cold War, a host of arrogant politicians who believe in the "end of history" emerged. They are used to operating international affairs solely on domestic political considerations.

In particular, those lawmakers who know nothing or less about international relations, learn to ignore foreign policy when they find that they can squeeze their interests without taking any risks. But it also made them gradually overlook the possibility of "mutual destruction" that Kissinger had warned of. 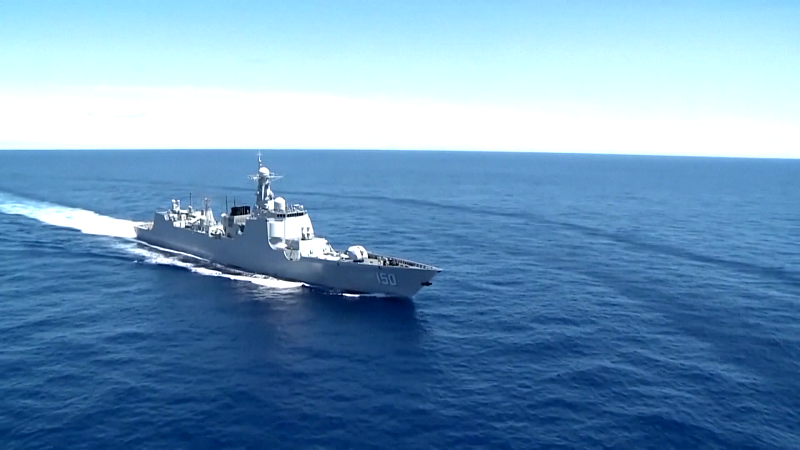 Joint military exercises of Chinese People's Liberation Army will be organized in the seas and airspace around Taiwan Island, August 3, 2022. /CFP

Joint military exercises of Chinese People's Liberation Army will be organized in the seas and airspace around Taiwan Island, August 3, 2022. /CFP

On the other hand, globalization has led to the sharp intensification of the four contradictions between the ruling class and the people, the left and the right, history and reality, and global capital, and local capital, and the political operation paradigm of the United States has also undergone profound changes accordingly.

The political wisdom of the coexistence of great powers was abandoned, and the United States fell into a chase for immediate return rather than compromise. The design of the policy is becoming more and more short-sighted, more and more reliant on constantly testing the bottom line to exert pressure, and eventually evolved into "bottom by bottom competition."

The 2020 U.S. presidential election that eventually led to an unprecedented riot in Congress is a manifestation of this "bottom-to-bottom competition." On this basis, American politicians have applied the domestic political manipulation to the field of international relations.

Pelosi's visit to Taiwan is a product of a bipartisan competition between domestic political forces in the United States. This is bound to lead to what Kissinger calls "endlessly confrontational" diplomacy. As the former Australian Prime Minister Paul Keating has pointed out, given the current tensions across the Taiwan Strait, any mishandling or miscalculation will have disastrous consequences for security, prosperity and order in Taiwan and the world.

Facts have proven that every provocation by the U.S. and Taiwan in recent years and China's countermeasures are the result of further strengthening practical control. This time around, it will be no exception.

No matter what form Pelosi supports Taiwan independence and contains China, it can't change the historical and legal facts that Taiwan belongs to China, and it can't stop China from achieving complete reunification.