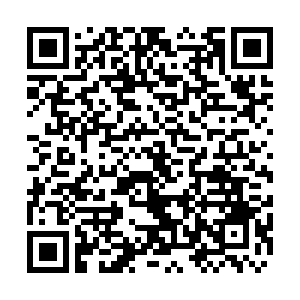 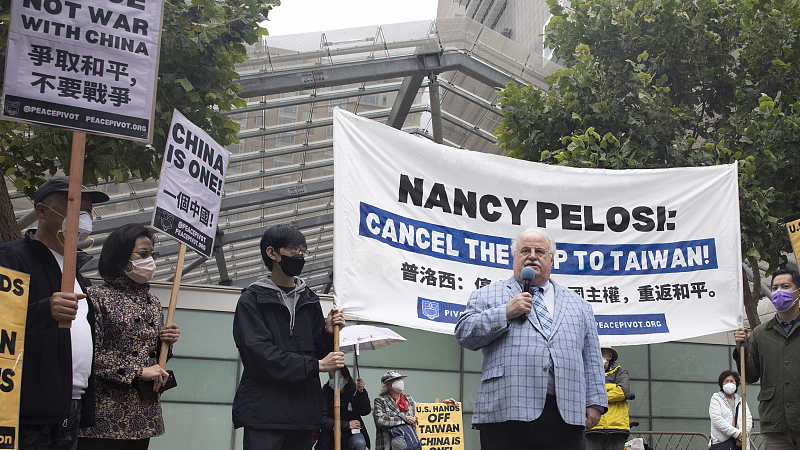 U.S. House Speaker Nancy Pelosi visited Taiwan in disregard of China's strong opposition. This is a blatant violation of the one-China principle enshrined in the Three Communiques between the U.S. and China. Unfortunately, there is a bizarre saying: Pelosi is first of all a representative of the House.

Based on the U.S. Constitutional principle of separation, the U.S. administration is not in a position to rein in the representative's behavior. So, Pelosi's visit is a "private" one and has nothing to do with the U.S. official stance towards China. Needless to say, such a saying is tantamount to an argument that the U.S. government is not breaching its international obligations. A close look at the Three Communiques will find such a saying does not hold.

The Shanghai Communique of February 28, 1972, the Joint Communique on the Establishment of Diplomatic Relations of 1978, and the Communique of August 17, 1982 on U.S. Arms Sales to Taiwan, of which the one-China principle is its core, laid down the political and legal foundations of Sino-U.S. relations.

In the above-mentioned communiques, the U.S. side clearly acknowledged that the People's Republic of China as the sole legal government of China. Within this context, the people of the United States will maintain cultural, commercial, and other unofficial relations with the people of Taiwan.

It further reiterates that it has no intention of infringing on Chinese sovereignty and territorial integrity, or interfering in China's internal affairs, or pursuing a policy of "two Chinas" or "one China, one Taiwan." The commitments are in black and white, leaving no room for ambiguity and brooking no denial.

Unfortunately, almost at the same time that China and the United States formally established diplomatic relations, the U.S. Congress passed the "Taiwan Relations Act." This domestic legislation aims to maintain the "official" and military relations between the United States and Taiwan in a disguised form. The act, which grossly violates the three Sino-U.S. joint communiques and the basic principles of international law, has been used as weapons and tools to interfere in China's internal affairs and obstruct Taiwan's reunification with the Chinese mainland.

Nancy Pelosi is currently the Speaker of the U.S. House of Representatives and the No. 3 figure in the U.S. leadership. The three joint communiques and the one-China principle are the commitments made by the U.S. government, but not just those by the U.S. administration to the Chinese government and people. 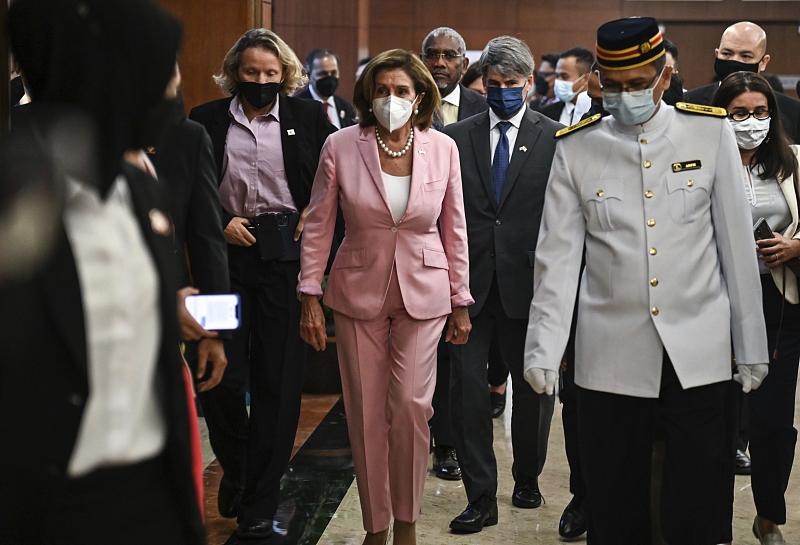 Nor were the commitments made merely by the Nixon, Carter or Reagan administrations. Thus it was clear even when Pelosi was still planning her trip that the separation of powers or other domestic law excuses could not be used to allow the violation of international commitments. In this context, it would be a serious act of perfidy to allow or even encourage Pelosi to visit. The Biden administration was supposed to prevent Pelosi from paying a visit to Taiwan that apparently contradicts U.S. commitments under the three joint communiques.

Unfortunately, in the face of the serious situation that Pelosi's visit to Taiwan might cause, senior officials such as U.S. Secretary of State Antony Blinken misadvised that Pelosi has the right to go and that it is her own decision, suggesting her visit has nothing to do with the Biden administration's department in charge of foreign affairs. Even President Biden also understated that the military doesn't think it is a good idea for Pelosi to visit Taiwan. Against this background, it is fair to say that the Biden administration failed to abide by the U.S. international obligation.

Throughout the years, the successive U.S. administrations, especially the last two administrations, have tended to downplay the three joint communiques out of geopolitical needs, and even acted to erode, falsify and hollow out the one-China principle with the passage of Taiwan-related bills such as the Taiwan Travel Act and the Taiwan Assurance Act. All these are moving to undermine the foundations of China-U.S. relations.

The Taiwan visit by Pelosi, which has worsened China- U.S. relations as well as the cross-Strait relations, is a show of typical Carthaginian treachery. As a Chinese saying goes, if a person can't succeed without acting in good faith, so is a country.

There is no point in using the separation of powers or other provisions under US domestic law as an excuse to shirk its international obligations. It does nothing but deal another blow to the credibility of the United States, for the world will see its true colors and look down on what the "rules-based" international order is.