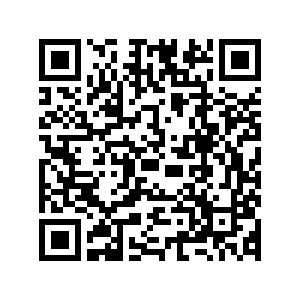 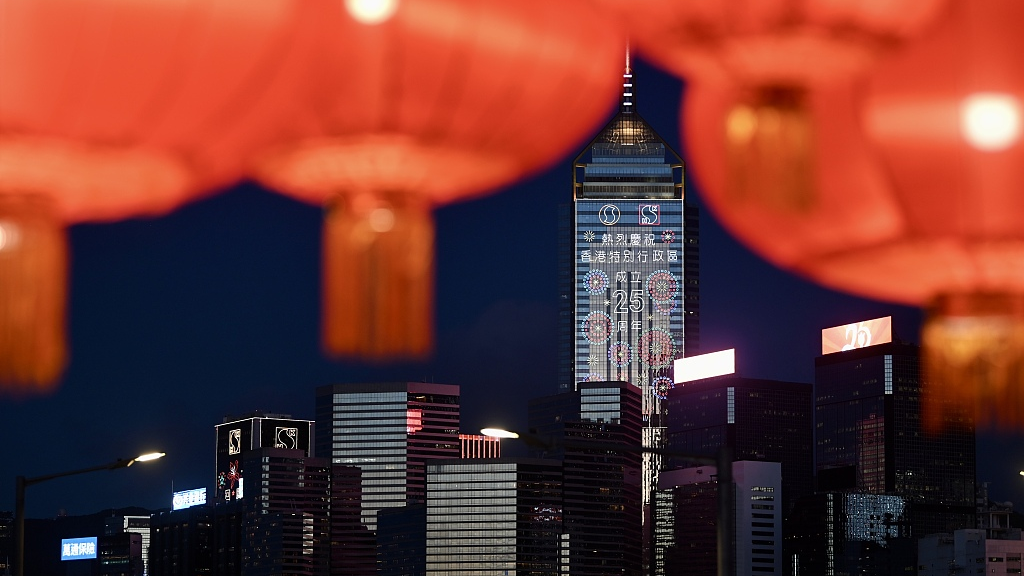 Red lanterns on a flyover in Central, Hong Kong Special Administrative Region, to celebrate the 25th anniversary of the return to the motherland, June 23, 2022. /VCG

Red lanterns on a flyover in Central, Hong Kong Special Administrative Region, to celebrate the 25th anniversary of the return to the motherland, June 23, 2022. /VCG

Editor's note: Edward Tse is the founder and CEO of Gao Feng Advisory, a strategy and management consulting firm. The article reflects the author's opinions and not necessarily the views of CGTN.

Hong Kong's economy shrank 1.4 percent in the second quarter of 2022 from the same period a year earlier, though it grew 0.9 percent compared with the first quarter, according to the Census and Statistics Department of the local government. The big picture is that the economic recovery is slow. Going forward, the extent of further revival will depend upon how the pandemic pans out, the geopolitical developments, and government policies.

To stimulate consumer spending, government consumption expenditure was increased by 13.0 percent. With the other government support measures rolled out, economic activity is expected to gradually resume in the rest of the year.

Because of the pandemic, the cross-border traffic between Hong Kong and the rest of the world has been disrupted, severely impacting the region's economy. However, if transport facilities between the Chinese mainland and Hong Kong improve, that will stimulate business. 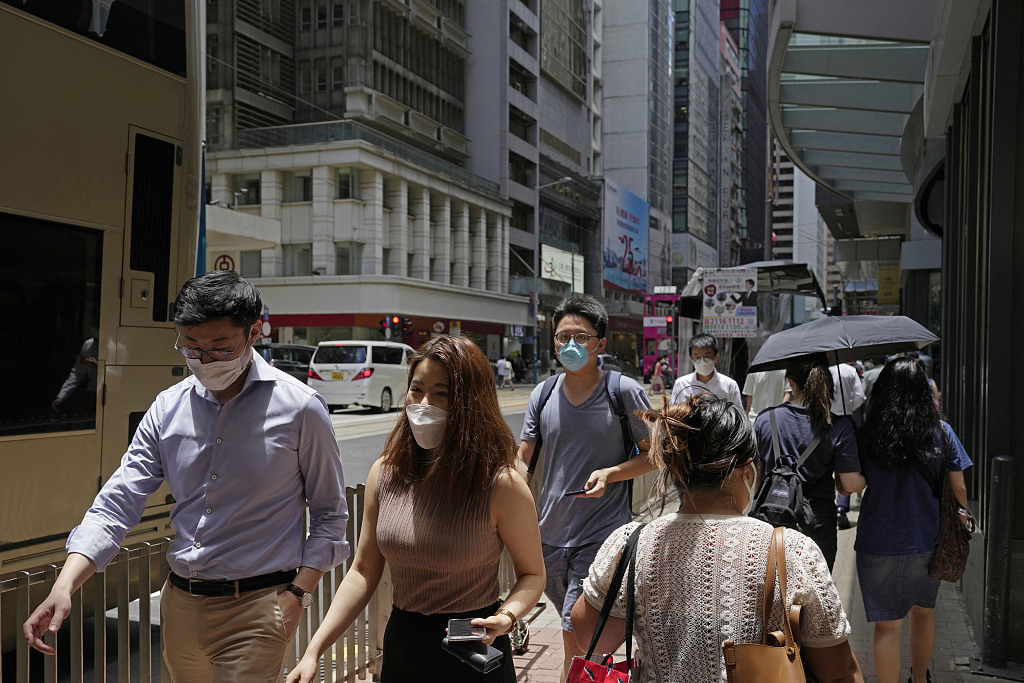 The uncertainty in the global macro-economic environment and the related challenges would also affect the external transactions of Hong Kong. Disruptions in supply chains, the Russia-Ukraine conflict and other geopolitical influences have resulted in severe inflation in Western economies. This coupled with tighter monetary policies by many major central banks could inhibit the economic growth of those countries.

The pandemic situation on the Chinese mainland has been brought under control. Supply chain links have become more stable and China's economic performance is now relatively sound. Hong Kong should integrate into the development of the mainland, and take advantage of opportunities in the Greater Bay Area – the cluster of nine cities in southern China and the two special administrative regions of Hong Kong and Macao – to enhance its competitiveness and register better economic performance in the second half of the year.

Although Hong Kong's economic development still faces many challenges, I am confident about its future development.

As the former Chief Executive of Hong Kong, Leung Chun-ying, said, the region's role as a "super-connector" between the mainland and the rest of the world is critical and that can be maintained and enhanced only through better and large scale connectivity.

Hong Kong should step up its efforts to devise proactive policies and support for industries to accelerate growth, or at least to get out of the troughs. Further coordination with other cities in the Greater Bay Area is essential for creating more synergistic development, which will also have positive spillover effects on Hong Kong.

With a more proactive stance and an opener policy by the local government, we should expect Hong Kong's economy to improve in the second half of this year.

In addition, Hong Kong must address some of its deep-rooted issues such as housing, youth upward mobility, education and the well-being of the elderly. Chief Executive John Lee has committed to a "results-oriented" approach. People will be watching his upcoming policy address on October 19 closely.

Over the longer term, Hong Kong must integrate its planning with China's overall planning. Innovation and technology will be critical not only in the financial sector but also in other sectors such as intelligent manufacturing, life sciences and new energy. Hong Kong must get out of the previous "positive non-intervention" policy and transform itself into a proactive and capable government with a strategic mindset and capabilities.