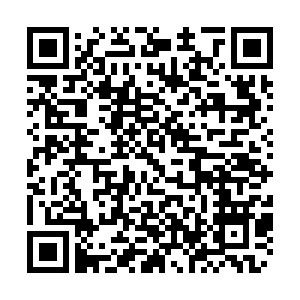 Wang made the remarks as he attended the China-ASEAN Foreign Ministers' Meeting in Phnom Penh, Cambodia.

The joint statement issued on Wednesday, claimed China's "escalatory response" to Pelosi's visit risks increasing tensions across the Taiwan Strait while calling on China not to "unilaterally change the status quo by force" in the region.

The Chinese foreign minister refuted the G7's groundless accusations against China's reasonable and legitimate initiatives to safeguard its sovereignty and territorial integrity.

"The statement of the G7 foreign ministers calls white black, confuses right and wrong, and makes groundless accusations against China's reasonable and lawful measures to safeguard sovereignty and territorial integrity. How do they have such rights? Who gives them that right?" said Wang.

He pointed out it is the U.S. who stirs up trouble, provokes crisis and continues to escalate tensions, adding U.S. blatant provocation has set a bad precedent.

"If there is no correction and no countermeasures, will the principle of non-interference in internal affairs still exist? Should international law be upheld? How should regional peace be guaranteed?" Wang asked.

He also called on the international community to oppose any moves challenging the one-China principle, and unite to safeguard peace and stability in the region.

Speaking at a regular press conference on Thursday, Chinese Foreign Ministry spokesperson Hua Chunying also lashed out at the G7 countries over its so-called statement, saying the hypocrisy and ugliness of the G7 have been fully exposed as they have turned a blind eye to Pelosi's Taiwan visit before it happened, but have now jumped up to accuse China when it is taking actions of justice.

"The fundamental cause of the current tension across the Taiwan Strait is that the U.S., who in disregard of China's strong opposition and solemn representations, connived at the visit of the No. 3 official of the U.S. government to China's Taiwan region aboard a U.S. military aircraft," she stressed.

Responding to the claim in the G7 statement that "it is normal and routine for legislators from their countries to travel internationally," Hua said that China always firmly opposes any form of official exchanges between the region of Taiwan and countries who have diplomatic relations with China, and the one-China principle is an important political foundation for the seven countries to establish diplomatic ties with China.

The heads of the legislatures of the seven countries are supposed to follow the foreign policies that the governments acknowledge and commit to, she noted.