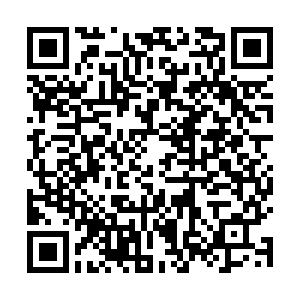 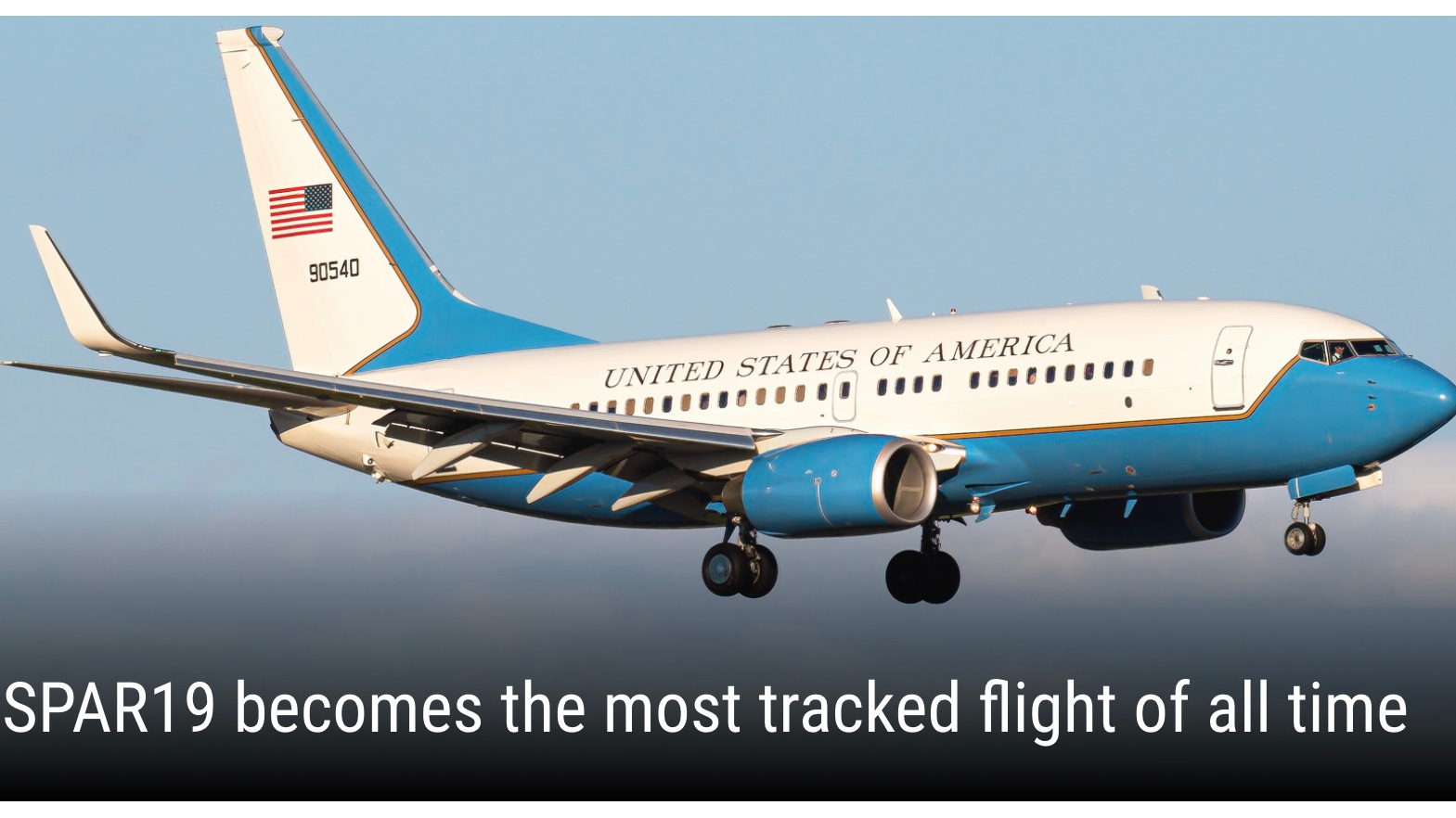 Upon its landing, over 708,000 people around the world were tracking the flight, and more than 2.92 million people tracked at least a portion of the flight, according to the tracking website.

Flightradar24, which uses a network of receivers to track planes' location and speed, said traffic on its website once became too intense to keep the normal access for all users.

"An unprecedented, sustained interest in this particular flight led to extremely heavy load on Flightradar24 infrastructure. Our teams immediately began efforts to maintain the stability of our services," said Flightradar 24 in an online post.

"Unfortunately, due to the volume of users, it was necessary to deploy our waiting room functionality, which meters access to Flightradar24 for non-subscribers."

Normal access for all users was soon restored after the landing of SPAR19, according to Flightradar24. 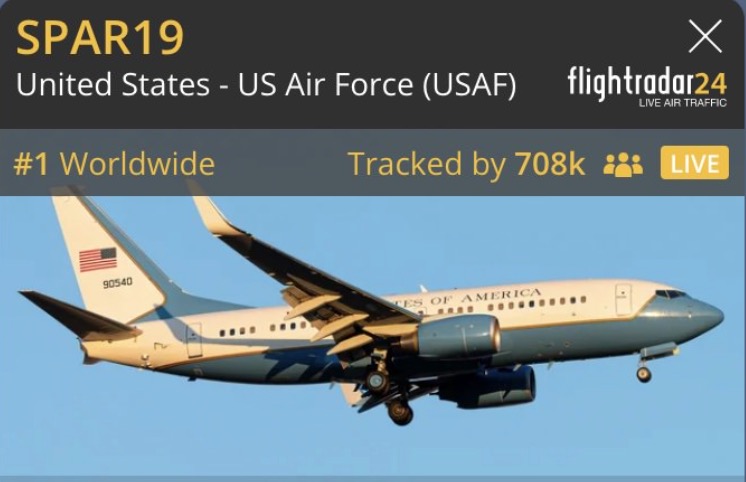 It operates the world's largest network of ADS-B/Mode S receivers, with more than 30,000 ground receivers, enabling Flightradar24 to track aircraft around the globe, according to its website.

ADS-B stands for automatic dependent surveillance-broadcast, which is a technology that allows an aircraft to be tracked through satellite navigation or other sensors.

The ADS-B transponder on aircraft transmits a signal containing information such as the plane's location, which is then picked up by a receiver connected to FlightRadar24. 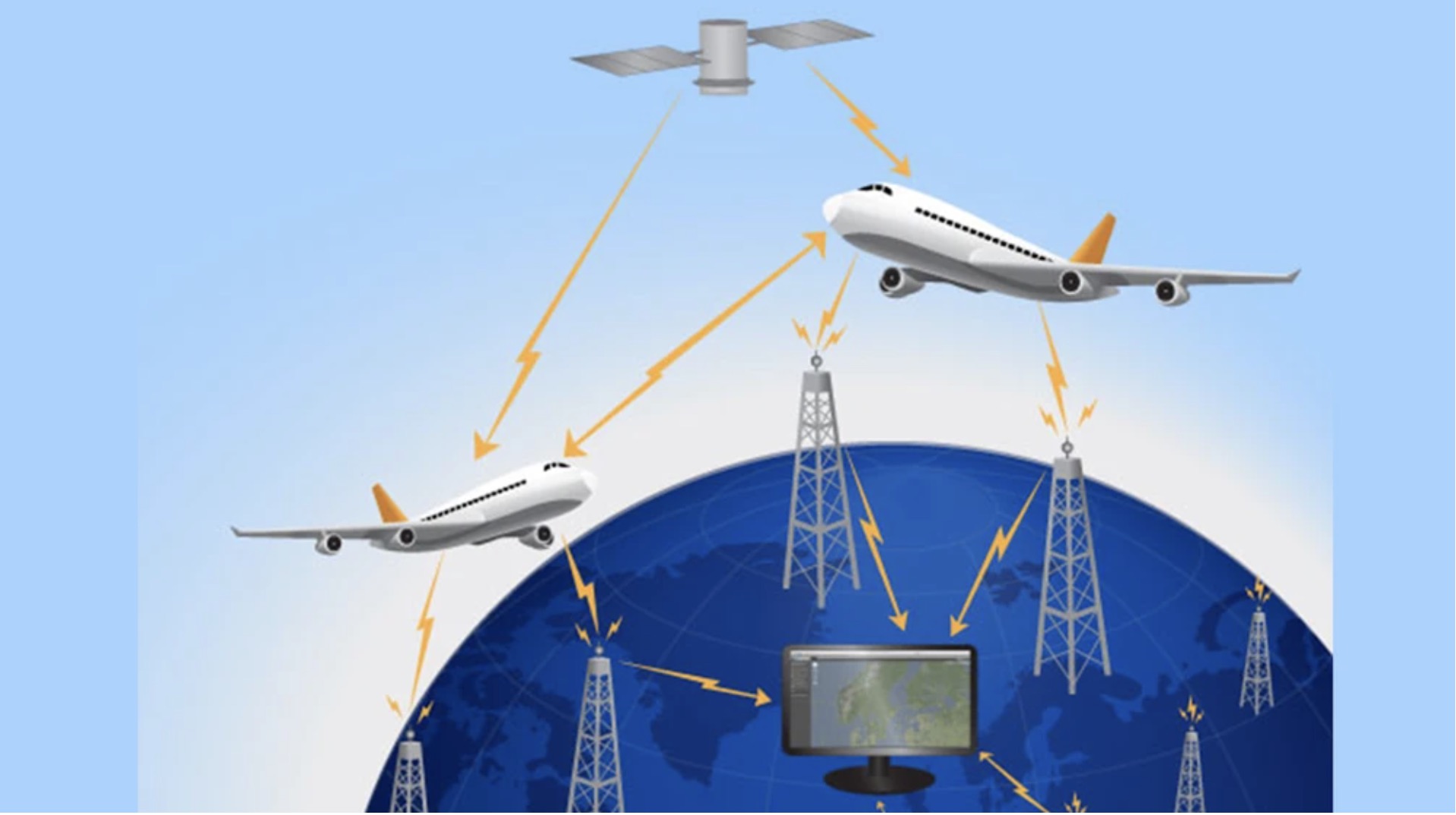 In addition, MLAT is an acronym for Multilateration, which is used by FlightRadar24 to help locate planes that don't have ADS-B receivers.

MLAT uses a method called Time Difference of Arrival (TDOA) which measures the time it takes to receive the signal from an aircraft with an older transponder in order to determine its location.

Moreover, FlightRadar24 has additional sources of data, including satellite tracking, which takes data from satellites equipped with ADS-B receivers.

These satellites help increase coverage of flights over oceans or where ground-based reception is not possible.

The site also receives live data in North America which is based on radar data and from the Open Glider Network (OGN), which is a unified tracking platform for small aircraft.

Flightradar24 started as a hobby project in 2006 when two Swedish aviation geeks decided to build a network of ADS-B receivers in Northern and Central Europe, it said on its official website.

In 2009, the two opened up the network and made it possible for anyone with an ADS-B receiver to upload data to the network. Many parts of the world were quickly covered, but the quest to provide global ADS-B coverage is still ongoing.

According to its co-founder Mikael Robertsson, Flightradar24 began to gain popularity about 10 year ago.

In 2010, it was used by many media outlets to track flightinformation, after a volcanic eruption in Iceland caused widespread flight cancellations across Europe. Flightradar24 saw more than 4 million visitors that year.

In 2014, Malaysian Airlines Flight MH17 crashed, and Flightradar24 also provided a lot of information regarding the flight movements. There were numerous air disasters in 2014, so the number of visitors to the Flightradar24 website increased about 50 times that year.

Since then, Flightradar24 started its commercialization transition, developing an APP and expanding a range of receivers from Europe to the rest of the world.

According to its website, Flightradar24 is now tracking more than 180,000 flights with over two million active users in a daily manner.