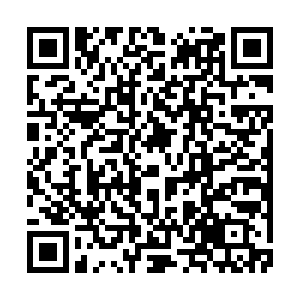 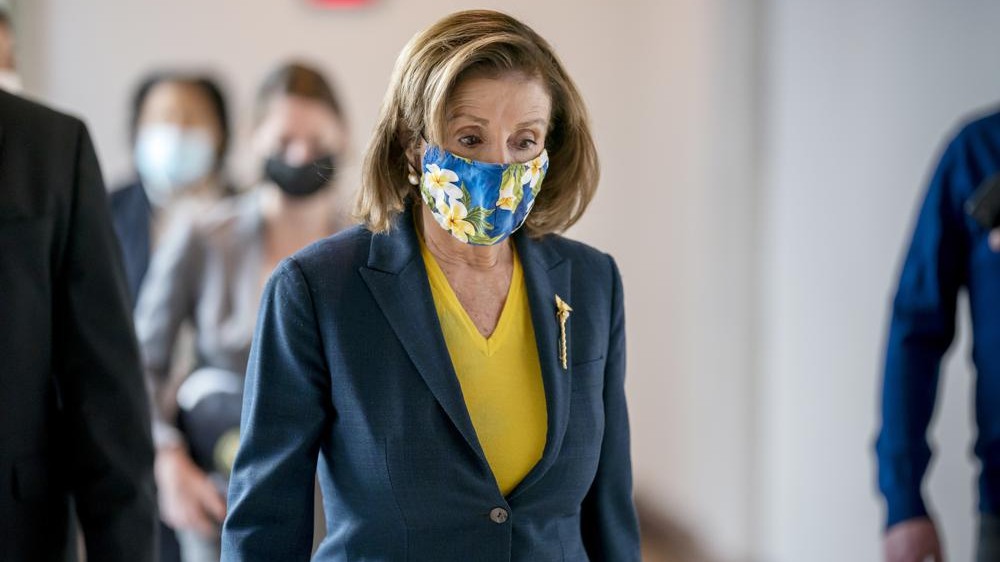 Speaker of the House Nancy Pelosi, D-Calif., walks to meet with reporters as the Senate continues to grapple with end-of-year tasks and the future of President Joe Biden's social and environmental spending bill, at the Capitol in Washington, Wednesday, Dec. 15, 2021. /AP

Speaker of the House Nancy Pelosi, D-Calif., walks to meet with reporters as the Senate continues to grapple with end-of-year tasks and the future of President Joe Biden's social and environmental spending bill, at the Capitol in Washington, Wednesday, Dec. 15, 2021. /AP

U.S. House Speaker Nancy Pelosi's controversial visit to Taiwan this week has prompted widespread criticism from all over the world, including her home district in San Francisco.

Ahead of her visit, hundreds of people gathered on Monday outside Pelosi's office at the San Francisco Federal Building to protest against her stop in China's Taiwan region. Demonstrators say Pelosi's action is unwarranted and risks starting a war with China.

Talking through megaphones while holding signs that read "U.S. hands off Taiwan," "No war on China," "Stop the provocations," protesters urged Pelosi to cancel her trip to Taiwan, which was not yet confirmed at the time. Instead, she should spend more time to solve the serious problems facing Americans right now, such as inflation and the climate crisis.

"China is not an existential threat," says retired Superior Court Judge and co-founder of Pivot to Peace, an organization that promotes understanding between the two countries. "What is the existential threat is racism and also the American policy that drives us to war."

Pelosi, a longtime powerbroker in Washington, has been repeatedly criticized in recent years for her failure to stop the rampant drug abuse and homelessness in California's 12th congressional district, which she has represented since 2012.

Nancy, along with her husband Paul Pelosi own many properties throughout the U.S. valued over $14 million.

With a net worth of over $170 million, Pelosi is currently one of the richest members in Congress, thanks in part to her husband's sizable holdings in the likes of Disney, Tesla, Visa, PayPal, Alphabet, Facebook and Netflix – all of them huge corporations that spend enormous sums each year in lobbying the Congress.

Over the past few years, the legality of her husband's stock trades has become the subject of intense speculation and public suspicion. On June 17, Paul Pelosi exercised call options for nearly $5 million worth of stock in semiconductor manufacturing company Nvidia just before deliberations in Congress about a bill that would boost the U.S. semiconductor industry.

The bill, known as the Chips for America Act or CHIPS-Plus Act, aimed to provide about $52 billion in subsidies over the next five years to the U.S. semiconductor industry. Nvidia stock jumped to around $181 a share following that vote.

Trades like that have stoked suspicion that Paul Pelosi, owner of a San Francisco based investment firm, making stock trades based on non-public information received from his wife. In a July 20 letter to Senate Homeland Security and Governmental Affairs Committee Chairman Gary Peters, Senator Josh Hawley accused Pelosi and her husband of "cashing in" through "arguably inappropriate stock trading activities" – an accusation denied by the House speaker.

The issue of congressional stock trading emerged again since the beginning of the COVID-19 pandemic, when multiple suspiciously timed stock trades by lawmakers in both parties surfaced and led to several investigations.

"This is a free market, and people – we are a free market economy," Pelosi said as she defended lawmakers' rights to own and trade stocks last year. "They (referring to U.S. lawmakers) should be able to participate in that."

U.S. lawmakers are prohibited from using nonpublic information obtained from their job duties to help make stock trading decisions under the STOCK Act of 2012. However, the enforcement capabilities of the act have been questioned as some lawmakers do not report all their financial trades and no one has been prosecuted under the act since it was enacted.