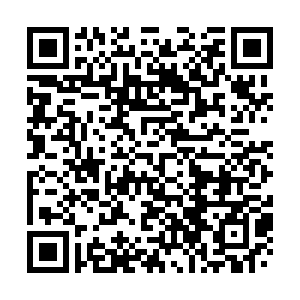 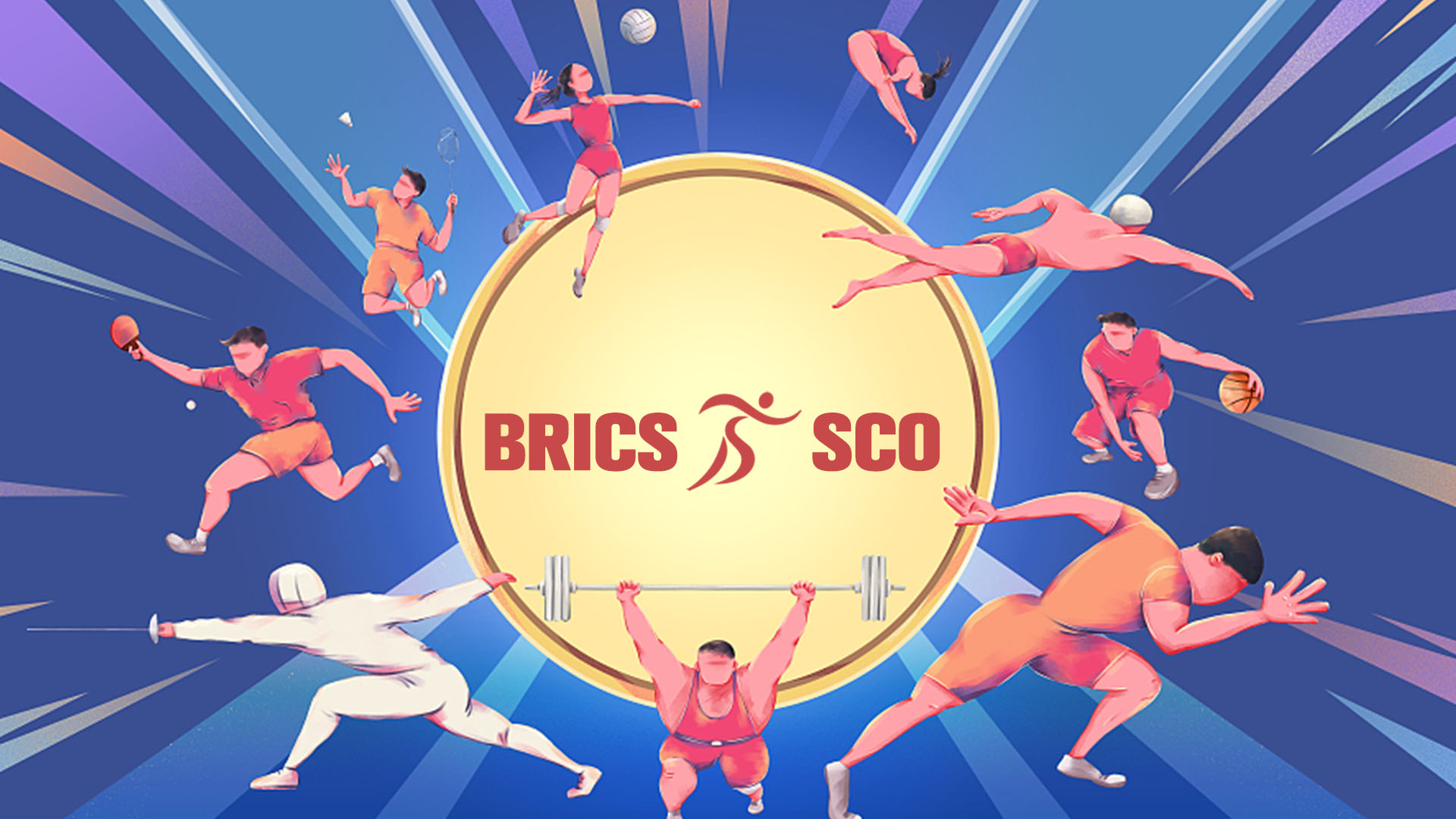 Moscow's move to enhance sporting relations with BRICS and SCO comes as Russia faces a ban from the 2024 Paris Olympics after the International Olympic Committee (IOC) recommended that Russian and Belarusian athletes be prevented from competing in international events over their roles in the Ukraine crisis. /CGTN & VCG

Moscow's move to enhance sporting relations with BRICS and SCO comes as Russia faces a ban from the 2024 Paris Olympics after the International Olympic Committee (IOC) recommended that Russian and Belarusian athletes be prevented from competing in international events over their roles in the Ukraine crisis. /CGTN & VCG

Geopolitics is increasingly influencing every aspect of international relations and exchanges, including sports. Earlier this year, the U.S. and a handful of other Western nations colluded to diplomatically boycott the 2022 Winter Olympics in Beijing over unsubstantiated and ludicrous allegations of human rights violations. China condemned the move as a "politicization of sports."

Lately, following the Russia-Ukraine conflict, the West is pushing to debar Russian athletes from global sports competitions, including the Olympics. This has compelled Moscow to consider launching sports events with partner countries from BRICS and Shanghai Cooperation Organization (SCO).

At the time of the Beijing Olympics in late January, Russia was among the most vocal backers of China with President Vladimir Putin attending the inauguration of the Winter Games in the Chinese capital as the chief guest. Putin condemned the boycott culture saying it goes against the spirit of the Olympics. "We are standing together [with China] against the politicization of sports and demonstrative boycotts," he said at a meeting with Russian athletes in Beijing. "We are supporting traditional Olympic values, first of all, equality and justice."

Over six months on, and amid a concerted Western push to ban Russian and Belarusian athletes from competing in global events following Moscow's ongoing months-long military actions in Ukraine, Russian Sports Minister Oleg Matytsin earlier this week confirmed that his country has reached out to BRICS and SCO partners to initiate a series of international sports competitions.

"We're working on various formats with the BRICS and SCO countries. Four billion people live there (in these countries). This is not an alternative to the world championships, but new formats," Matytsin said at the Russian athletics championships in the city of Cheboksary. 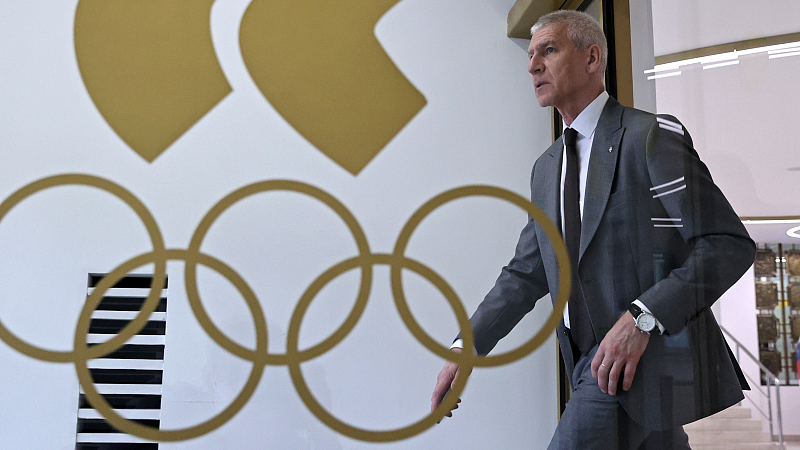 BRICS is a bloc of five leading emerging economies, namely, Brazil, Russia, India, China, and South Africa. Besides, Iran and Argentina have applied to join the bloc, while several other countries like Saudi Arabia, Türkiye, and Egypt have expressed interest in either becoming a member or formalizing their partnership with the bloc.

Moscow's move to enhance sporting relations with the two multilateral groups comes as Russia faces a ban from the 2024 Paris Olympics after the International Olympic Committee (IOC), nudged by the U.S. and Western countries, recommended in February that Russian and Belarusian athletes be prevented from competing in international events over their roles in the Ukraine crisis. Russian athletes find themselves barred from many global sports events following the IOC recommendation.

"World sports cannot hope to thrive without Russian participation. In any case, I think this period (of the ban on Russian athletes) will not last for long. However, this challenging time offers a possibility of enhancing our sporting ties with the BRICS and SCO countries," the Russian Sports Minister noted.

Putin, while in Beijing for the Winter Olympics inauguration, had stressed that one of the most well-known methods for the mass popularization of sports is the organization of large-scale international sports tournaments. "I believe them to be the most important in terms of the involvement of people in sports and the strengthening of friendship between the peoples," he said.

The Russian proposal to have more sports competitions with SCO and BRICS countries stems from this historical significance that Moscow puts on sports competitions. Russia, including its predecessor state Soviet Union, is second only to the U.S., in the list of countries with the most Olympic medals. 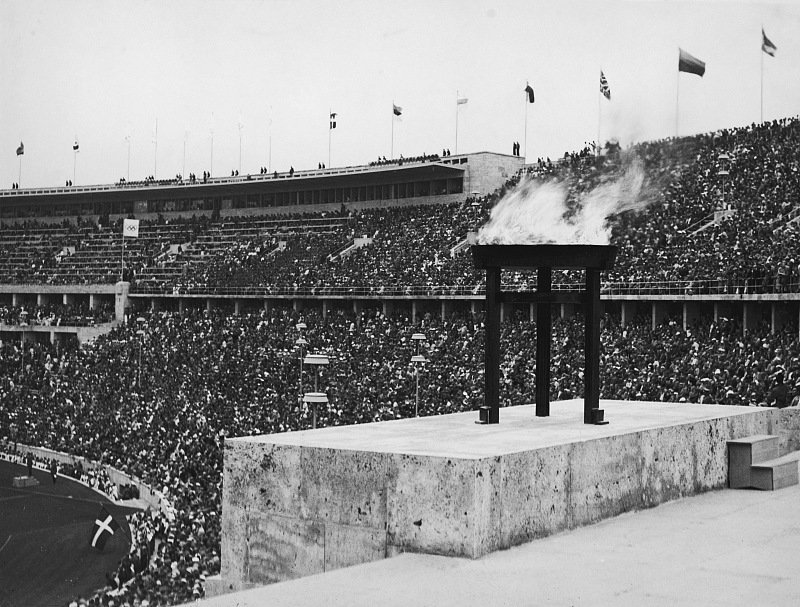 The Olympic flame at the opening ceremony of the Berlin Olympics, August 1, 1936. /Getty Images via VCG

The Olympic flame at the opening ceremony of the Berlin Olympics, August 1, 1936. /Getty Images via VCG

Unfortunately, while there's an overwhelming public sentiment worldwide advocating that sports and politics shouldn't be mixed, the fact remains that the two have been intertwined for as long as our collective memory takes us back in history.

Ancient Greece, the birthplace of the Olympics, has been known for blending sports with politics. Greek leaders discussed important political issues and forged political and military alliances during the primitive versions of the Games.

Also in Ancient Rome, irrespective of the Gladiatorial contests, Olympic champions were crowned with olive wreaths and their poleis (cities) would feed them for the rest of their lives as a mark of respect. Olympians were deemed heroes and would take up influential political and military roles.

Modern history is also littered with instances, where geopolitical differences and conflicts have spilled over in the sports arena, particularly in the context of the Olympics – the biggest sporting event in the world.

It is all too well documented how Hitler's Germany pushed Aryan-superiority propaganda at the 1936 "Nazi" Olympics in Berlin. The 1940 Tokyo Olympics were first forfeited due to the 1937 Japanese invasion of China and eventually canceled after the outbreak of World War II. Germany and Japan were banned from participating in the 1948 Olympics, while the Soviet Union declined to send a team.

During the Cold War years, that followed the end of World War II, 66 countries led by the United States entirely boycotted the 1980 Moscow Olympics in the then-Soviet Union, which was the first Games to be hosted by an Eastern Bloc country as well as the only Summer Olympics to be held in a Communist country until the 2008 Beijing Olympics in China. In retaliation, the Soviet Union and its 14 Eastern Bloc allies boycotted the 1984 Los Angeles Olympics in the United States.

The latest push by the West to yet again isolate Russia, and to a lesser degree even China, from global sporting events, is a sign that geopolitics will continue to spill over into international sports arena. Keeping sports and politics separate will likely remain a pipedream in times to come.