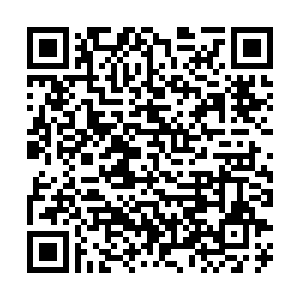 The Tokyo Electric Power Company (TEPCO) began construction of a facility for discharging treated nuclear wastewater from Fukushima nuclear plant into the ocean despite opposition from the local fishing and other communities and neighboring countries.

Plant workers started construction of a pipeline to transport the wastewater from hillside storage tanks to a coastal facility before its planned release next year, according to the plant operator, TEPCO Holdings.

The digging of an undersea tunnel was also to begin later Thursday.

Local fishing communities and a number of countries and regions have raised concerns about potential health hazards from the radioactive wastewater and the reputation damage to local produce, and oppose the release.

Residents took to the streets in Tokyo last month to voice their objections when the controversial plan was approved, echoing concerns from the international community over radioactive wastewater being discharged into the Pacific Ocean.

Scientists say the impact of long-term, low-dose exposure to not only tritium but also other isotopes on the environment and humans are still unknown and that a release is premature.

On Wednesday, mayors of two towns hosting the crisis-hit Fukushima Daiichi nuclear power plant urged the central government to take steps to protect the reputation of the region's marine products amid plans to release the wastewater.

The request was made by Fukushima Governor Masao Uchibori and Okuma Mayor Jun Yoshida to Japan's Economy, Trade and Industry Minister Koichi Hagiuda.

"The plan has not earned enough understanding from Japanese people and residents of the prefecture, as there are still various opinions including concerns over renewed reputational damage," Uchibori told Hagiuda during talks in Tokyo.

Yoshida, fearing that the already maligned region will once again have its reputation damaged by harmful rumors, also urged the central government to take steps to prevent damage to the northeast region's reputation.

"We hope people in the disaster-stricken area will no longer suffer from reputational damage," Yoshida said.

The Japanese government announced last year a decision to release the wastewater as a necessary step for the plant's ongoing decommissioning.

A massive earthquake and tsunami in 2011 destroyed the Fukushima Daiichi plant's cooling systems, causing triple meltdowns and the release of large amounts of radiation. Water that was used to cool the three damaged and highly radioactive reactor cores has since leaked into basements of the reactor buildings but was collected and stored in tanks.

TEPCO and Japanese government officials said the water will be further treated to levels far below releasable standards and that the environmental and health impacts will be negligible. Of more than 60 isotopes selected for treatment, all but one – tritium – will be reduced to meet safety standards, they said.