Download
Pelosi's visit to Taiwan: One of the greatest historical disgraces to U.S.
Chen Wenling 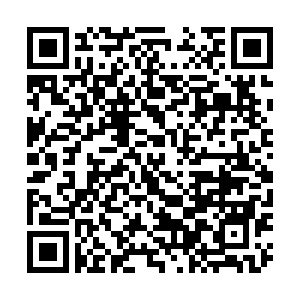 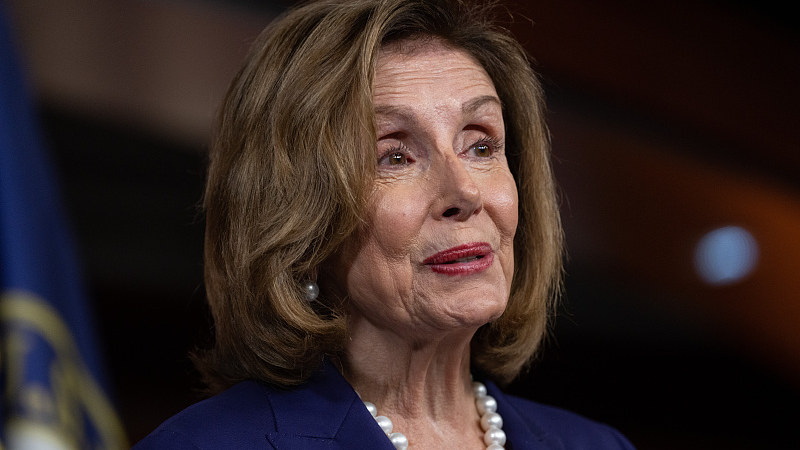 Editor's note: Chen Wenling is the chief economist of the China Center for International Economic Exchange (CCIEE). The article reflects the author's opinions and not necessarily those of CGTN.

U.S. House Speaker Nancy Pelosi's deliberate play of the "Taiwan card" and her visit to the Taiwan region despite the Chinese government's warning and domestic opposition will be one of the ugliest, most unsuccessful and lose-lose attempts of U.S. interference in China's internal affairs.

On July 28, Chinese President Xi Jinping spoke with U.S. President Joe Biden over the phone, stressing that "the position of the Chinese government and people on the Taiwan question has been consistent. It is the firm commitment of more than 1.4 billion Chinese people to resolutely safeguard state sovereignty and territorial integrity. The people's will is not to be defied, and the trend of the times cannot be reversed."

On August 1, Chinese Foreign Ministry Spokesperson Zhao Lijian said that "we want to once again make it clear to the U.S. side that the Chinese side is fully prepared for any eventuality and that the People's Liberation Army of China will never sit idly by, and we will make resolute response and take strong countermeasures to uphold China's sovereignty and territorial integrity."

On the same day, Zhang Jun, Chinese Ambassador to the United Nations, said at a UN press briefing, "Such a visit is apparently dangerous and provocative. It will send a seriously wrong signal to the separatist elements seeking 'Taiwan independence,' undermine the one-China principle, undermine China's sovereignty and territorial integrity, undermine the peace and stability in the Taiwan Strait, and undermine the relationship between China and the U.S. China is fully prepared to respond. If the U.S. insists on making the visit, China will take firm and strong measures to safeguard its national sovereignty and territorial integrity, and the U.S. has to bear all the serious consequences arising thereof.”

However, House Speaker Nancy Pelosi, disregarding China's solemn representations, blatantly visited the country's Taiwan region. Her action is a form of political provocation which violated the one-China principle and China's state sovereignty and has aroused the indignation of the Chinese people and widespread opposition from the international community.

On the surface, Pelosi seems to play with fire at the individual level, but in essence, it is a bad move in the U.S.'s overall strategy to contain China; some U.S. politicians are persuading Pelosi to abandon her trip to the island, but in fact, they are secretly pushing Pelosi to the stage. 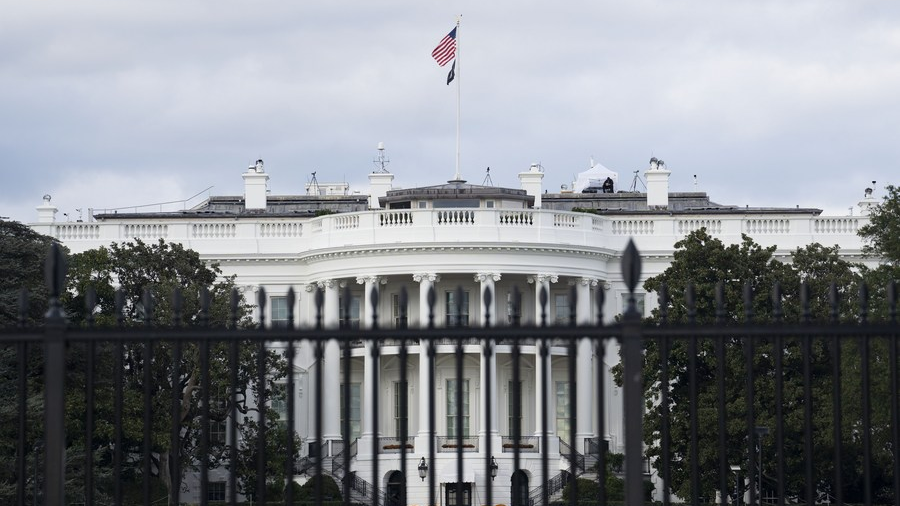 For some time, the U.S. has said one thing and done another. For example, the U.S. Congress supported "Taiwan independence" through legislation; the State Department removed key expressions such as "Taiwan is part of China" from its website; Taiwan was included in the "Indo-Pacific Strategy;" Washington intensified its arms sales to Taiwan to increase the region's "asymmetric combat power" and support "Taiwan independence" separatist activities.

All of this distorts, falsifies and hollows out the one-China principle, playing the "Taiwan card" by any means. Meanwhile, some U.S. politicians have become "troublemakers" in China-U.S. relations, and the U.S. has become one of the "biggest destroyers" of peace and stability in the Taiwan Strait.

Responding to the increasingly irrational choices by the U.S. government, the Chinese Ministry of Foreign Affairs, Ministry of Defense and other relevant authorities have issued statements and remarks. State Councilor Wang Yi pointed out that China will take all necessary measures to resolutely defend national sovereignty and territorial integrity and that all consequences will be the responsibility of the U.S. and the "Taiwan independence" separatist forces. We will keep our promises. The Chinese leaders, government and military, have warned Washington beforehand.

Pelosi can decide how to start their act, but not how, under what circumstances, or where to expect it to end. China's countermeasures have already begun. In accordance with pertinent import and export regulations, as well as food safety requirements and standards, relevant authorities in the Chinese mainland have suspended imports of grapefruit, lemons, oranges and other citrus fruits from Taiwan. Chilled white striped hairtail and frozen horse mackerel from Taiwan have also been suspended. And the decision also covers natural sand.

The manner in which Taiwan leader Tsai Ing-wen and her Democratic Progressive Party (DPP) administration are pushing Taiwan into the abyss of disaster and allying with external forces to seek "independence" provocation, they will only accelerate their own downfall. Taiwan will taste the bitterness of economic countermeasures.

At present, the U.S. has time and again trampled on, undermined and violated the one-China principle and the three China-U.S. joint communiques, promising one thing and doing another, grossly interfering in China's internal affairs, seriously undermining China's sovereignty and territorial integrity, wantonly trampling on the one-China principle, seriously threatening peace and stability across the Taiwan Strait and seriously undermining China-U.S. relations.

Reuniting with the island is the long-held political goal of the Chinese nation and the common aspirations of 1.4 billion Chinese people. No one or force can stop the historical trend of China's growing national strength, national rejuvenation, and cross-Strait reunification.