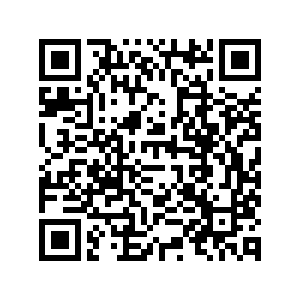 Editor's Note: The Speaker of the U.S. House of Representatives Nancy Pelosi had visited China's Taiwan region. This episode of Reality Check pulls back the curtain on her trip and look at the motives that drives her to make such provocation.

Nancy Pelosi once said that "For over 30 years, I have been considered the most disliked, they use stronger language than that, person in China." You will see in a moment how this statement connects everything that had happened.

The Speaker of the U.S. House of Representatives Nancy Pelosi had visited China's Taiwan region. She's the first U.S. speaker and the highest-ranking American official to go there in 25 years. And everyone is asking: what is she doing?

Jesse Watters, the Fox News Host, commented that "If you know anything about Nancy's reputation in Congress, the last thing she is is diplomatic. She uses her gavel as a weapon, divides and conquers." U.S. President Joe Biden clearly stated that the military didn't think it was a good idea. Thomas Friedman, the New York Times foreign affairs columnist believe the trip is "completely out of context."

Her trip has been called "too dangerous," "utterly reckless," and "risks upsetting Beijing to no advantage." But this is all classic Pelosi.

Former CNN Beijing Bureau Chief Mike Chinoy once described her as someone who has a "penchant for high-profile gestures designed to poke China's Communist rulers in the eye – regardless of consequences." She has been at the forefront of almost every anti-China initiative. She tried to boycott the Beijing Summer Olympics in 2008 and the Winter Olympics in 2022. She met with leaders of anti-China forces during the unrest in Hong Kong. On Xinjiang, Tibet and Taiwan, she always advocates against China.

And this trip to Taiwan may just be her last chance to poke. As we all know, the U.S. Congress midterm elections are coming up. Polls show only 43 percent of voters may support Democrats in Congress, with 44 percent supporting the Republicans. Democratic president Joe Biden is in no shape to help because of his historic low approval ratings, which now stand at 38 percent.

Sourabh Gupta, Senior Asia-Pacific international relations policy specialist at the Institute for China-America Studies, said in an interview that "She is going to lose the Speakership position most likely at the end of this year after the midterm elections. And if I understand correctly, anyway, even if they do win, she will be stepping aside to have the next generation from the Democratic side." "Her chance to ever come as a Speaker to Taiwan ­– she could come as a Congresswoman as part of a CODEL – but as Speaker, will have evaporated," he added.

At the age of 82, Pelosi's political future is limited in every sense. Visiting Taiwan cements her legacy. This trip is about Nancy Pelosi, not America's interests.

In the preamble of the Chinese Constitution, it is written that "Taiwan is part of the sacred territory of the People's Republic of China. It is the sacred duty of all the Chinese people, including our fellow Chinese in Taiwan, to achieve the great reunification of the motherland."

Nancy Pelosi was and is standing in the way of that. She takes pride in it. She's immolating China-U.S. relationship for her own interests. And we must find a way to stop this kind of actions from happening again.