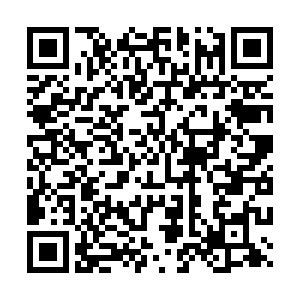 "Pelosi's visit to Taiwan is a blatant political manipulation and a flagrant and grave violation of China's sovereignty and territorial integrity," Deng said, according to a foreign ministry statement. "Of course, China will certainly not hesitate to make a firm response. It is natural for China to counter the U.S. and Taiwan's provocation.

"Instead of dissuading and condemning the U.S.'s action of splitting China's sovereignty and territorial integrity, escalating tensions across the Taiwan Strait and using Taiwan to contain China, the European side even falsely stated in the statement that there was 'no change in the respective one-China policies, where applicable.'"

Deng condemned the developments saying they "seriously violate the one-China principle and undermine the political foundation of bilateral relations."

"Such an act of distorting facts and calling black white is nothing but an interference in China's internal affairs, a blatant political provocation, and sending a seriously wrong signal to the 'Taiwan independence' separatist forces," he said.

Deng stressed China is firmly opposed to the statement and lodged solemn representations and strong protests against it.

On the same day, Deng also summoned Japanese Ambassador to China Hideo Tarumi, saying "The Taiwan question concerns the political foundation of China-Japan relations and the basic trust between the two countries. Japan, which colonized Taiwan for a long time, bears serious historical responsibility for the Taiwan question and should be more cautious in words and actions."

Deng urged Japan to abide by its political commitment to the Taiwan question, stop interfering in China's internal affairs, prudently and properly handle Taiwan-related issues and refrain from going further down the wrong path.

"The One-China principle is a universally recognized basic norm governing international relations and the consensus of the international community. It is the political foundation for China's exchanges with other countries and a red line and bottom line that should never be crossed," he said in the foreign ministry statement.

"The One-China principle has a strict connotation, that is, there is only one China in the world, and Taiwan is part of China. The government of the People's Republic of China is the sole legal government representing the entire China and there should not be any form of official exchanges between the Taiwan region and countries having diplomatic ties with China."