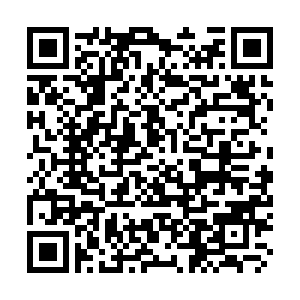 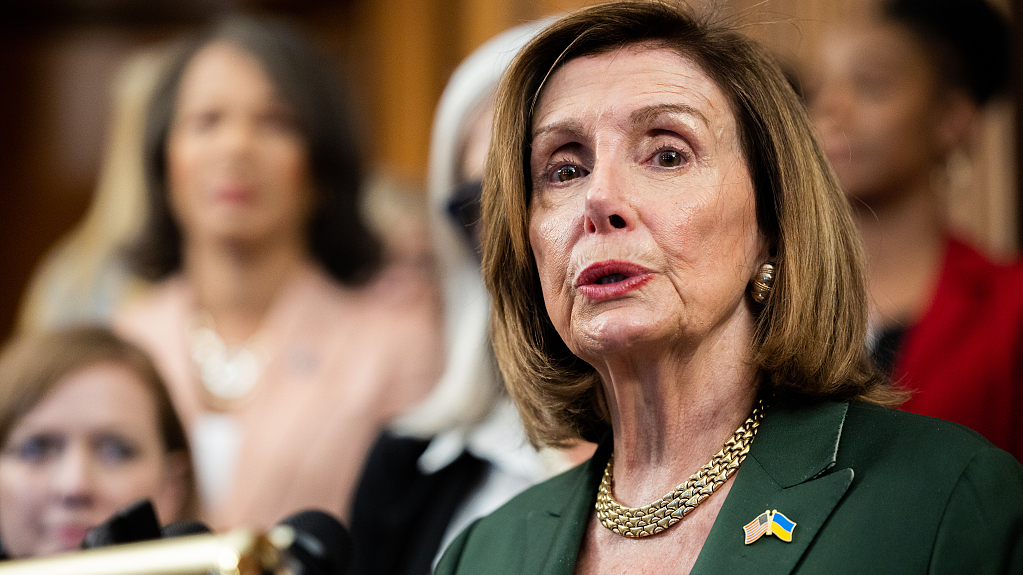 To the consternation of 1.4 billion Chinese citizens and the threatening of East Asian peace, if not that of the world, U.S. House Speaker Nancy Pelosi arrived in Taiwan preaching democracy while simultaneously being the representative of a state captured by an "oligarchy" that has for decades brought violent chaos to the world and little improvement to the lives of the democratic majority of U.S. workers. To rub salt into the wounds, as she arrived she released an op-ed in the Washington Post entitled "Why I'm leading a congressional delegation to Taiwan."

Full of holes, logical errors, and self-serving fallacies, it's hard to know if Pelosi really believes in what she's saying or whether she's "in on it." That is to say, if she believes what she's saying then she is misinformed; but if she realizes some of the fallacies in her "China bad rant" then she is deliberately trying to provoke based on either personal showboating or as part of a wider strategy, which is outlined in various belligerent Acts of Congress.

Let's start with the very low-hanging fruit in Pelosi's op-ed. Throughout, she talks about saving the democratic world, saying that "by traveling to Taiwan, we honor our commitment to democracy: reaffirming that the freedoms of Taiwan — and all democracies — must be respected."

However, considering how deep she is in the Washington swamp, with her own husband profiting handsomely from her "democratic choices" while concurrently there exists an undemocratic state of mass detentions in the prison industrial complex; mass homelessness, and poor healthcare, I can only imagine that she has deluded herself as to what democracy is.

Furthermore, Pelosi evokes the Taiwan Relations Act of 1979, which came into being well before any liberal democracy existed in Taiwan. At any rate, the laws of the U.S. do not govern Chinese sovereignty. Consequently, I for one am not fooled by Pelosi's democratic pretentions.

Too often, it's a case of "he who sins the most shouts the loudest." Like a good sinner, Pelosi seeks to carve her selfish trip into a righteous global battle for democracy. For example, when it comes to Taiwan, she even draws parallels with Russia and Ukraine. However, as she admitted to herself by referring to the "one-China policy," Taiwan is not an independent country. At any rate, China is not in conflict with Ukraine. There are no Chinese forces in Europe, rather it is the U.S. that has its troops in Europe, Asia, and the rest of the world. 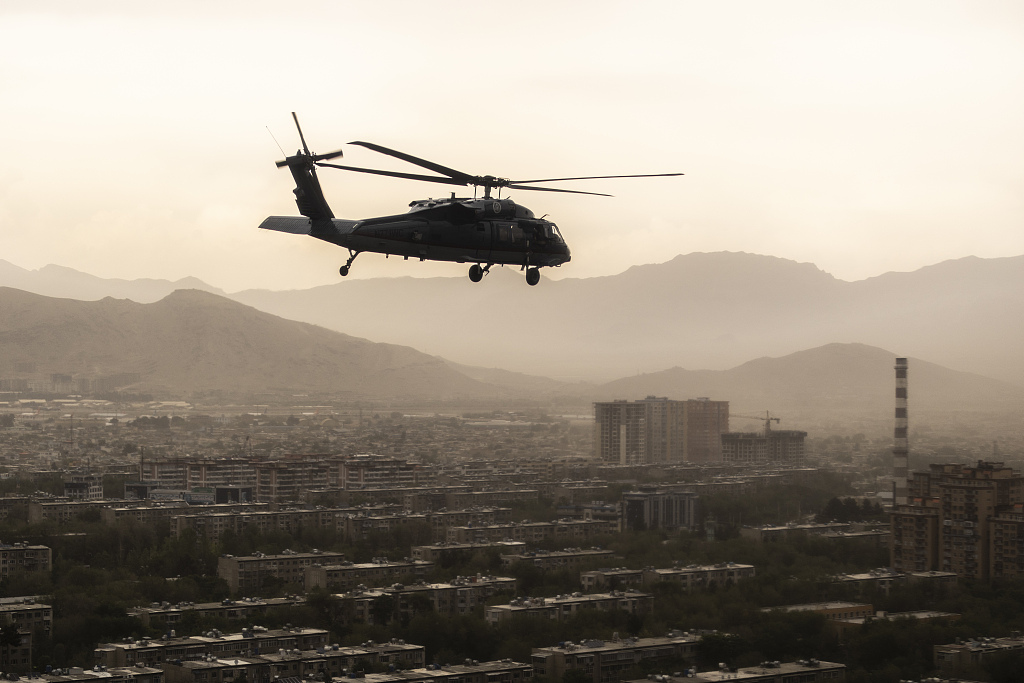 A Black Hawk helicopter of the U.S. Air Force is pictured in front of the cityscape in Kabul, Afghanistan, April 29, 2021. /CFP

A Black Hawk helicopter of the U.S. Air Force is pictured in front of the cityscape in Kabul, Afghanistan, April 29, 2021. /CFP

The veneer of superficial democracy over real people's democracy came loose when Pelosi made a special reference to Taiwan "proudly led by a woman." In contrast, Pelosi, who has been a champion of "pronoun politics" couldn't even get the acronym for the Communist Party of China (CPC) correct.

It's not just acronyms Pelosi gets wrong, when it comes to China's human rights she said, "in Xinjiang, Beijing is perpetrating genocide against Muslim Uygurs and other minorities." If she believes this then she's a fool. She only needs to read the U.S. independent press, not controlled by the "oligarchy," to realize that this is a huge propaganda hoax.

Probably, being so invested in the "democratic system" and along with her husband profiting handsomely from it, she has chosen to ignore inconvenient truths. The fact is that China, with its eradication of poverty and developmental philosophy, which seeks to develop the world, has done more than any other so-called democratic country for real human rights.

Perhaps what Pelosi did get right was her view of Taiwan which she said is a leader in addressing the COVID-19 pandemic, championing environmental conservation, and economic dynamism with a technological prowess that the world envies. Unfortunately, if Pelosi wasn't so blinkered, she would recognize this as being true for the whole of China. Indeed, it is this strength which will only be augmented by unity across the Taiwan Strait, which the U.S. seeks to disrupt by enforcing a policy of divide and rule.

China cannot tolerate such disrespect forever. While Pelosi may be the "queen of pronoun," gaslighting China at home will not be a party to this madness and cannot live on Pelosi's cloud nine when it comes to facts versus rhetoric. Consequently, Pelosi's words that her visit "in no way contradicts the long-standing one-China policy" will not be gullibly swallowed by Beijing, which sees sovereignty as a red line to be defended at all costs.

The fact is, Taiwan, as recognized by the UN, the international community and even the U.S., is part of China with the Chinese government being the legally recognized government. Without U.S. interference, the tide of history will take us towards a peaceful and prosperous reunification with the governing system of Taiwan protected under China's "One Country, Two Systems." The question is, will the U.S. seek to disrupt peaceful unification and the will of 1.4 million Chinese people?