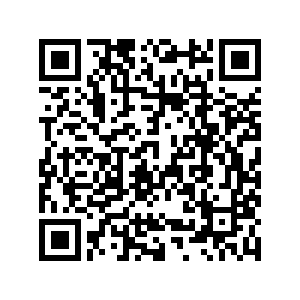 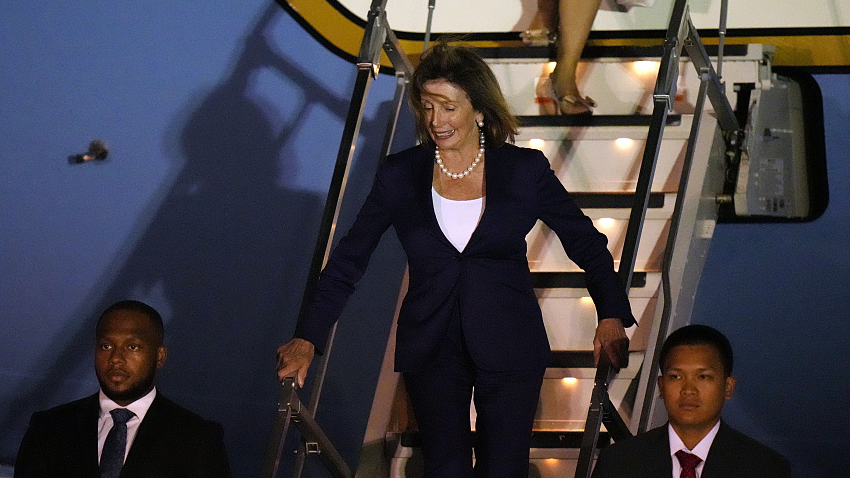 U.S. House Speaker Nancy Pelosi disembarks from a government plane at the U.S. Yokota Air Base, in Fussa on the outskirts of Tokyo, Japan, August 4, 2022. /CFP

U.S. House Speaker Nancy Pelosi disembarks from a government plane at the U.S. Yokota Air Base, in Fussa on the outskirts of Tokyo, Japan, August 4, 2022. /CFP

On her Asian trip, accompanied by four other Democratic members of Congress, Nancy Pelosi was determined to visit Taiwan from August 2 to 3. As the speaker of the House of Representatives, Pelosi is the most senior U.S. politician to travel to Taiwan in 25 years since her predecessor Newt Gingrich's trip in 1997.

In the service of self-advancement, the careerist is dressed up in faux-altruism; for example, some hysterical and ideological pledges "to show support for Taiwan", "to advance a free and flourishing Indo-Pacific", "to reaffirm America's strong and unshakable commitment to our allies and friends in the Indo-Pacific region."

However, spectacles of an ambitious act of bravado completely jettison any foreign policy principles, and barely conceal carelessness for the international commitments and credibility of the U.S. government. It reaches a new low-water mark for personal ego, showboating, vanity and self-aggrandizement.

Pelosi is expected to lose her position as speaker after the midterms. As her time to travel as the third highest ranking U.S. official, after the president and the vice president, is dwindling she intends to add some important pieces to her overall legacy in Congress. She is focused on the so-called strengthening of democracy around the world. In May, Pelosi took a potentially high-risk trip to visit Ukrainian President Volodymyr Zelenskyy in Kyiv, as the highest-ranking U.S. official to do so.

Near the end of her career or "on her last legs," it is no surprise that Pelosi has blatantly defied stern warnings from Beijing not to visit Taiwan while desperately using this flashpoint of China-U.S. relations as an opportunity to cap off her career.

Any potential geopolitical conflict caused by her provocation to China's national sovereignty will put Taiwan residents on the front line, and the hypocritical Pelosi cares little, even though she has often claimed to be protecting democracy and freedom and has long been critical of China on human-rights violations.

In his first inaugural address, Franklin Delano Roosevelt declared that "the only thing we have to fear is fear itself," and it is "nameless, unreasoning, unjustified terror which paralyzes needed efforts to convert retreat into advance."

For 50 years, the mutual understanding between the U.S. and China has been that China will wait for peaceful reunification while the U.S. recognizes "one China." The stop in Taiwan by Pelosi's delegation represents a serious violation of China's most sacred one-China principle and the provisions in the three Sino-U.S. joint communiques that are the cornerstone and political foundation of sound China-U.S. relations, which have been carefully maintained and developed for generations.

As the Taiwan region has already become a China-U.S. flashpoint, Pelosi's irresponsible provocation escalates the already sharp tensions between China and the U.S. Though hopefully a Sino-U.S. showdown can be avoided, the peace and stability across the Taiwan Strait has been gravely undermined.

The one-China principle that there is only one Chinese government has been the official diplomatic acknowledgement and recognition that the U.S. as well as another 180 nations and regions have officially promised to adhere to. By brazenly violating the one-China principle, Pelosi's antics undermine Washington's international credibility and contravene Washington's commitments to limit its ties to the island.

With its new policy of "Pivot to Asia," Washington's rhetoric and military posture have been increasingly belligerent in recent years. Pelosi's symbolic visit to "show support for Taiwan" speaks to the U.S. wider imperialist agenda of containing China and enhancing its hegemony in the region.

By being ambiguous about defending Taiwan, Washington has continuously conducted state-to-state relations with Taiwan and armed Taiwan to defend itself with the goal of disrupting reunification across the Taiwan Strait so as to deprive China of having access to the "first island chain" which refers to major archipelagos out from the East Asian continental mainland coast.

The U.S. elites might even contemplate enhancing their hegemony in the region by initiating a conflict across the Taiwan Strait that would drag down the whole of Asia.

Justice will be served one day

Taiwan is an inalienable part of China. Pelosi's reckless provocation, both political and military, to China's national sovereignty and territorial integrity is nothing but the most morally contemptible, calculatedly unprincipled and exceptionally dangerous political cynicism and extremism ever attempted.

We trust the Chinese government has the determination, capability and experience to guide us through dark times and heal us through the long course of national rejuvenation. We are confident that all due justice will be served one day.