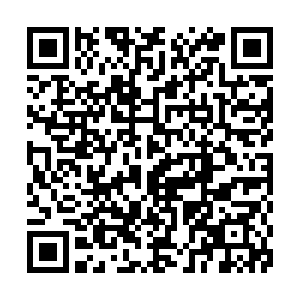 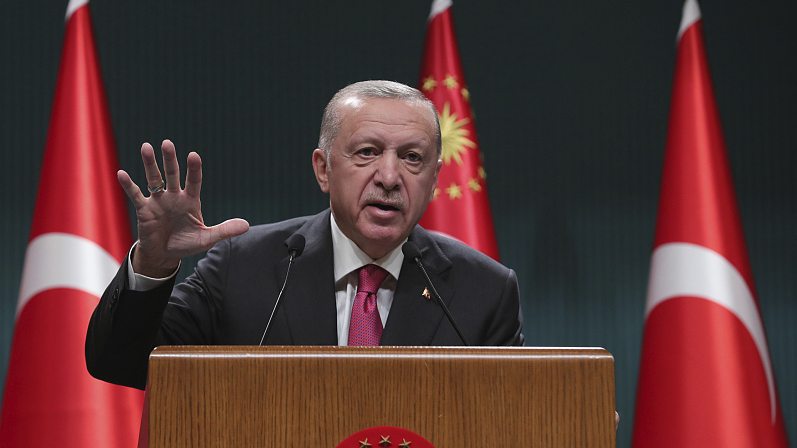 The nation of Türkiye has served as a vital mediator in efforts to move forward on the signing and implementation of the Russia-Ukraine grain deal that was signed by Moscow and Kyiv on July 22.

Russian Defense Minister Sergei Shoigu and Ukrainian Infrastructure Minister Oleksandr Kubrakov met in Istanbul along with representatives from Türkiye and the United Nations to formally endorse an agreement that opens up three ports in Ukraine – Odessa, Chernomorsk and Yuzhny – for the safe transport on exports of Ukrainian grains shipments and Russian fertilizers destined for the global markets.

Earlier this week, the first of 17 already-loaded grain-cargo ships safely departed from the Odessa port, carrying 26,500 metric tons of corn from the Sierra Leone-flagged cargo vessel. The ship has succeeded in passing through inspections in Istanbul and bound for final delivery at the Lebanese city of Tripoli.

Passing through Türkiye's inspection procedures are very significant. Starting on July 27, the Joint Coordination Center (JCC) was installed to ensure that the ships were only carrying foodstuffs or fertilizers and would forbid the illegal passage of weapons stockpiles. The inspectors participating were representatives from Russia, Ukraine, UN and Türkiye.

Hence, we could see that these actions could set the stage for further cooperation between Moscow and Kyiv, which could pave the path progress for the potential of a negotiated peace deal over the Russia-Ukraine conflict.

Additionally, Russian President Vladimir Putin can demonstrate goodwill gestures to Ukrainian President Volodymr Zelensky by partially halting Russia's economic blockade against Kyiv in the Black Sea, which serves as an essential corridor for Ukrainian grain exports to reach the overseas markets, especially in the Middle Eastern, Asian and African ports. 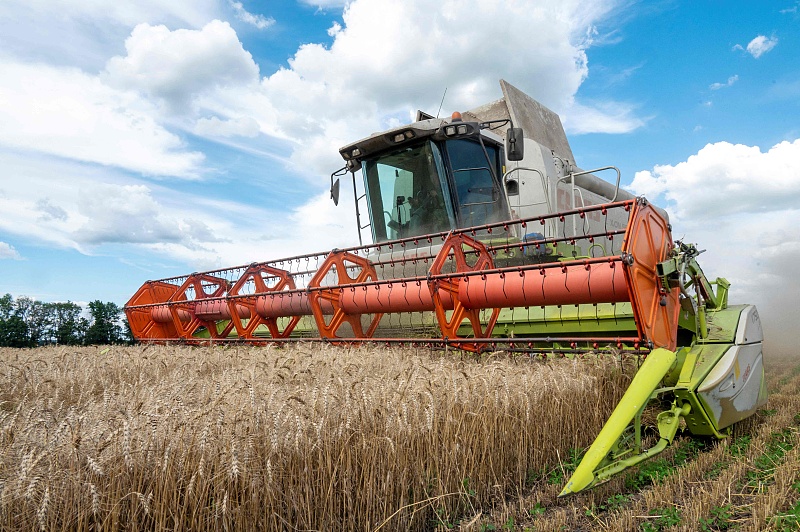 Farmers harvest a wheat field in the Ukrainian Kharkiv region on July 19, 2022. /CFP

Farmers harvest a wheat field in the Ukrainian Kharkiv region on July 19, 2022. /CFP

Turkish President Recep Tayip Erdogan was the driving force behind the Russian-Ukraine grain agreement. He has long enjoyed having very close ties with the Russian and Ukrainian governments and that positions him to serve as an effective and respected mediator.

The grain exports deal is a real game-changer, since food prices are soaring and there are looming prospects of famines and food shortages on the horizon.

Russia and Ukraine are major exporters of grains for the world's markets. In the immediate aftermath, wheat prices have dropped to $350-355 after hitting a record high, $440-450 months earlier.

The developing nations get hardest hit as they must rely on foodstuffs and fertilizers' deliveries from Russia and Ukraine. Meanwhile, Türkiye is a Eurasian hub; serving as a key connector for the Middle East, Europe and Asia. Ankara has strong motivation to peace and prosperity in the region.

"The resolution of the grain corridor crisis was a great relief for countries that met and supplied their needs from these two countries (Russia and Ukraine)," Vahit Kirisci, Türkiye's agriculture and forestry minister is quoted as saying.

He believes that a "greater food-related crisis" has been averted, since the Ukrainian cargo ships carrying grains were stuck there for the past few months.

Turkish Foreign Minister Mevlut Cavusoglu added, "If implemented properly, the agreement could be a very crucial boost of trust between both sides."

16 more cargo ships are scheduled to depart from Ukrainian Black Sea ports. It's believed that they will deliver 167,000 daily metric tons of grains in 120 days. Ukraine's Agriculture Minister Mykola Solsky said that his country has been holding an estimated 19 million tons of wheat that were set for exports.

According to reports sponsored by the UN, 49 million people in 46 countries are facing a very high risk of famines. Additionally, Turkish President Erdogan is visiting Putin this Friday.

Erdogan and Putin are meeting in Sochi, Russia, which is located about 800 kilometers (500 miles) east of Odessa. They met each other two weeks ago in Tehran along with Iranian President Ebrahim Raisi. We are witnessing a dramatic geopolitical shift in the Middle East, Europe and Asia regions.

Meanwhile, Moscow and Ankara have good reasons to maintain strong ties. Türkiye imports an estimated 45 percent of its gas supply from Russia. The country is a net energy importer, while Russia can offset the U.S.-led economic sanctions by trading more with Türkiye. In recent months, the two countries have seen a significant increase in cross-border trade and investments.

It's anticipated that the two leaders will continue to enhance bilateral diplomatic relations and economic cooperation. It's important to note that when negotiating the Russia-Ukraine agreement, the Kremlin insisted that approval on exports of Russian fertilizers be part of the deal or they would walk.

The U.S., EU and UK had initially balked at Moscow's request. But Erdogan had encouraged Kyiv to support it, recognizing that Russia would not reach a deal without consensus here. Therefore, Putin sees real value in Erdogan as a mediator.

The country has endured severe economic hardships in the past couple of years. Türkiye's inflation rate is one of the highest in the world. Yet, President Erdogan holds some advantages to boost the nation's influence over world affairs. The Russia-Ukraine conflict and the U.S.-led sanctions on Moscow have resulted in soaring food and energy prices worldwide.

Türkiye appears to have prevented a global food crisis with success of the Russia-Ukraine grain agreement. Consequently, Türkiye stands poised to play a much larger role on the world stage as a mediator.