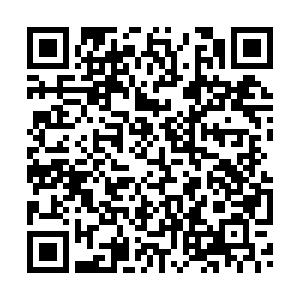 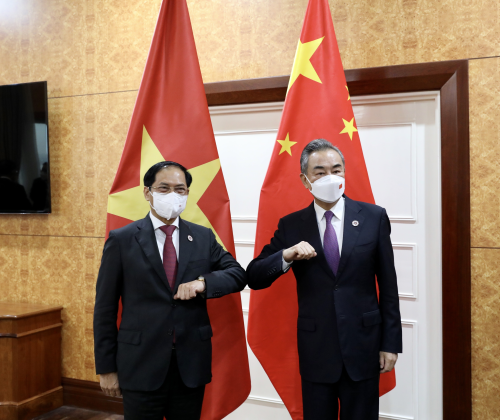 The two diplomats held talks on the sidelines of a series of meetings on promoting cooperation in East Asia, and vowed to boost bilateral cooperation between the two countries.

The two sides said they will implement the consensus reached at the 14th Meeting of the China-Vietnam Steering Committee for Bilateral Cooperation and speed up the next phase of cooperation in key areas.

Son wished the 20th National Congress of the Communist Party of China a great success, adding that the Vietnamese side will hold a series of celebration events at that time to demonstrate the mutual support between socialist countries.

He said the Vietnamese side regards the relations with China as a strategic choice and top priority in its foreign policy and looks forward to maintaining high-level exchanges between the two parties and countries, carrying forward their traditional friendship, consolidating mutual political trust and deepening practical cooperation.

The Vietnamese side reiterates its firm commitment to the one-China policy, Son said, adding that it has issued a related statement jointly with other countries of the Association of Southeast Asian Nations (ASEAN), pledging to work together to maintain regional peace and stability.

Wang said the two countries, both as socialist countries, have always firmly supported each other's major core interests. He said the two sides should strengthen exchanges and mutual learning, make it a visionary goal for them to build a community with a shared future that bears strategic significance, and jointly enrich the paths to modernization for developing countries.

Wang appreciated the Vietnamese side's adherence to the one-China principle, stressing that the causes and consequences of the current situation across the Taiwan Strait are clear, and the rights and wrongs are obvious. The U.S. side's unpopular moves not only infringe on China's sovereignty and territorial integrity, but also harm the common interests of the region and all developing countries, and breach the basic norms governing international relations, Wang noted.

Wang stressed that around 100 countries have expressed their commitment to the one-China principle, and the Unite Nations Secretary-General has clearly stated that the UN will continue to adhere to the UN General Assembly Resolution 2758.

Wang said China is willing to work with the Vietnamese side to give full play to their comprehensive strategic cooperative partnership, jointly safeguard the unity of socialist countries, and jointly defend international fairness and justice.