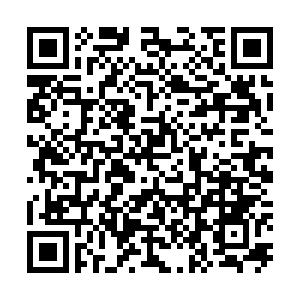 Ambassadors of multiple countries to China have expressed their firm support for the one-China principle and their opposition to Speaker of the U.S. House of Representatives Nancy Pelosi's visit to China's Taiwan region, which they said infringes upon China's sovereignty and territorial integrity.

Pelosi's visit to Taiwan flagrantly violated the U.S. commitment made in the joint communique on the establishment of diplomatic relations between the People's Republic of China (PRC) and the United States, as well as a series of consensus reached between the governments of the two countries, said Hassane Rabehi, Algerian Ambassador to China.

Rabehi added that Algeria adheres to the one-China principle, and hopes that the U.S. side will abide by the three China-U.S. Joint Communiques with concrete actions and stop interfering in China's internal affairs.

There is only one China in the world, and the government of the PRC is the sole legal government representing the whole of China, Rabehi said.

Taiwan is an inalienable part of China's territory, which is made clear in Resolution 2758 adopted at the UN General Assembly in 1971, the ambassador said, adding that Pelosi's Taiwan visit violated the UN Charter and relevant resolutions.

Since the founding of the PRC in 1949, 181 countries, including the United States, have established diplomatic relations with China on the basis of recognizing the one-China principle.

Since the establishment of China-U.S. diplomatic relations in 1979, successive U.S. administrations, including the incumbent one, have made it clear that they adhere to the one-China policy, Rabehi noted, expressing the hope that the U.S. side will honor its commitment and cease actions that undermine world peace and stability.

Iraqi Ambassador to China Shorsh Khalid Said reiterated that Iraq's stance of adhering to the one-China principle is "consistent and firm."

At a time when the world is facing increasing security challenges, Pelosi's visit to Taiwan will adversely affect the situation across the Taiwan Straits and jeopardize regional peace and stability, Said noted, adding that China has the wisdom and ability to resolve this crisis, and Iraq supports China in safeguarding its sovereignty and territorial integrity.

Syria condemns the United States for its interference in China's internal affairs and for undermining China's sovereignty and territorial integrity, he added.

He said that the United States has been wreaking havoc around the globe and that the U.S. military continues to occupy the main grain- and oil-producing areas in Syria, worsening the humanitarian crisis in the country.

Pelosi's insistence on visiting China's Taiwan region not only aggravates tensions in the Taiwan Straits but also undermines world peace and stability, the ambassador added.

China has always adhered to the path of peaceful development, and the Global Development Initiative and the Global Security Initiative proposed by China benefit other countries, he said, adding that Syria will stick to the one-China principle, and support China in taking all necessary measures to safeguard its own sovereignty and territorial integrity.

Mohammad Keshavarzzadeh, Iranian Ambassador to China, expressed Iran's stance on firmly adhering to the one-China principle, and condemned U.S. long-term acts of interference in the internal affairs of other countries and undermining their national sovereignty and territorial integrity.

"We support China's actions in safeguarding its sovereignty and territorial integrity," the ambassador added.

(Cover: U.S. Speaker of the House Nancy Pelosi addresses a press conference in a hotel in Rzeszow, southeastern Poland, on May 1, 2022. /CFP)